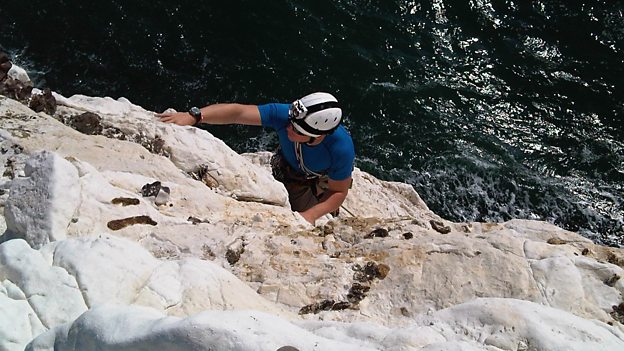 Category: safety
Have you ever mounted a mini-camera (e.g. GoPro) onto the climbing helmet of your presenter or contributor and wondered if it was safe to do so?

In recent years, the improving quality of mini-cameras has seen a corresponding increase in their use by BBC productions to capture ‘point of view’ images, often whilst doing fast moving adventure activities such as rock climbing, mountain-biking or ski-ing. But following Michael Schumacher’s accident in Dec 2013, where the mini-camera he was wearing on his ski helmet was implicated as a contributory factor to the severe head injuries he sustained, questions remain in the media as to the effect these have on the helmet’s ability to protect the wearer in the event of a fall, or of being struck by a falling object. These questions were sufficient to cause the governing bodies of some sports to ban their use in competitions.

Whilst clearly designed and marketed for mounting on helmets, the camera manufacturers have stated that customers who do this, do so at their own risk and that they should follow the helmet manufacturer’s instructions. Recognising the potential safety risks however, they have also said that, in the event of an impact, the mounts would likely break away and not affect the helmet’s performance, although no scientific evidence has been made public to support these claims. On their side, the helmet manufacturers advise against sticking anything to their helmets apart from their own approved products, such as head-torches – understandably, they are reluctant to test the safety of mounting products to their helmets which they neither manufacture, nor sell. This impasse hasn’t helped the user, and the technical nature of the products and of the safety standards they are required to meet, has meant that, until now, we have been unable to properly evaluate the risks involved when we combine these products for production purposes.

During the summer of 2015, BBC Safety commissioned the Transport Research Laboratory (TRL) to investigate and report on the potential effects that mounting a mini-camera may have to a helmet’s safety performance i.e. the change to head injury risk. A range of commonly used climbing helmet types were tested (hardshell, hybrid and EPS foam). The cameras were mounted at the front, side and top of these helmets using either sticky mounts or head-bands. The testing protocol was principally based on that in BS EN12492:2012 (the safety standard which all climbing helmets are required to meet to enable their sale within the EU), BS EN1078:2012 (the equivalent safety standard for helmets sold to cyclists and skateboarders) and EU Regulation 22.05 (the equivalent safety standard for motorcycle helmets). These standards helped define a protocol for measuring the transference of energy to the ‘head’ during standard impact challenges and set the level above which the helmet would be considered to have failed the test. Further injury thresholds, defining a >50% chance of either a fracture to the skull or loss of consciousness for less than 1hr, were also identified from scientific literature to provide further comparison.

The results were a little surprising. We had anticipated that the placement of a solid object on the helmet would not only provide a single point of impact on the helmet but would also significantly increase the rotational / acceleration forces on the head when it ‘caught’ or impacted on inclined surfaces. The results were expected to be an increase in the transference of these impact forces to the head, potentially sufficient to exceed, or ‘fail’, the injury threshold of the standards. But this wasn’t the case. In fact, in not one of over 70 tests on various helmet types, mounting types or mounting positions did the presence of the camera cause the helmet to ‘fail’ the injury threshold standards. And this wasn’t solely because the camera broke away on impact (as claimed likely by the manufacturer), because this only happened in approximately 40% of tests. It turns out that, as seen on high speed film, when struck by a heavy weight from above, or when a helmeted head-form is dropped from height onto a solid surface, the deformation of the camera mount seems to actually absorb some of the energies involved, meaning that the camera mount may be providing an additional layer of protection to the head in most, but not all, tests.

That’s not to say the presence of the camera on the helmet is entirely a good thing. Whilst the injury threshold standards were not exceeded, the camera and its mount did cause a slight increase in the transference of force to the head when the impact was applied at an angle, such as in a glancing blow or fall against a surface - think of a climber falling and the camera catching on the rock face, causing the head to jerk back from its original path before the camera mount rotates or breaks away. And these findings held regardless of the helmet types tested (hardshell, hybrid and EPS foam), although the EPS foam helmets tended to outperform the other two types in reducing the amount of force which was transferred to the head during impact in these conditions.

Of course, these tests were done under very carefully controlled laboratory conditions. It is therefore not possible to simply conclude from this one study that using mini-cameras mounted to helmets is going to be safe in every situation. Variables of helmet fit, size, weight, the angle of impact and the energy of the object or fall, will all affect the end result. But the study does provide a good degree of confidence that the mounting of a camera to a climbing helmet will not necessarily compromise its safety performance for the impact scenarios investigated by this study, except with one important exception. Cameras should never be mounted at the front of the helmet looking back towards the wearer - often used to capture the facial expressions or identify the wearer. In any situation where the camera could pivot to below the rim of the helmet, whether on long stalks or mounted right on the rim, any significant frontal impact (such as a fall onto a rock face or the ground) would force the camera into the face, resulting in serious facial injury.

This news article is a simple summary of what was a detailed and complex investigation – those who wish to learn more can read the full report (see Recommended Links).

Within the BBC, please refer any queries to the Safety Advice Line 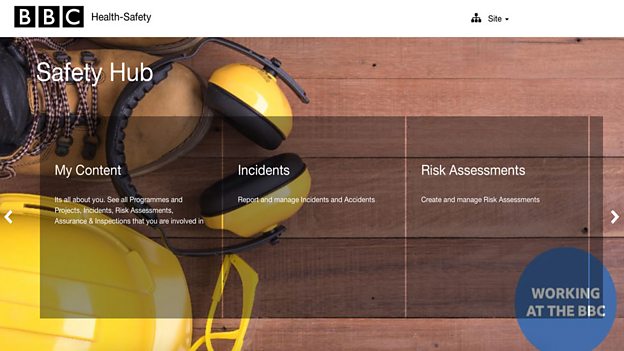 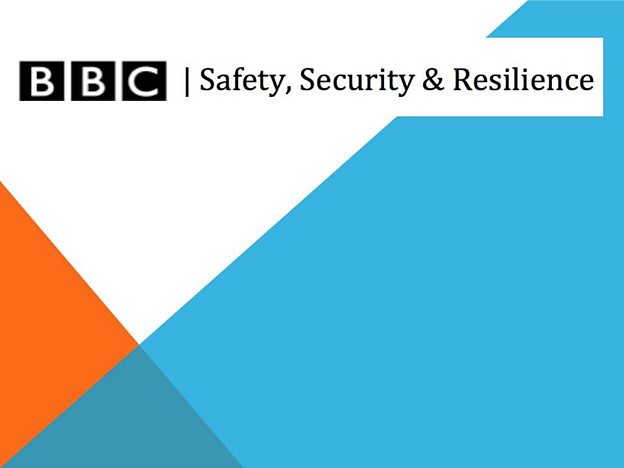 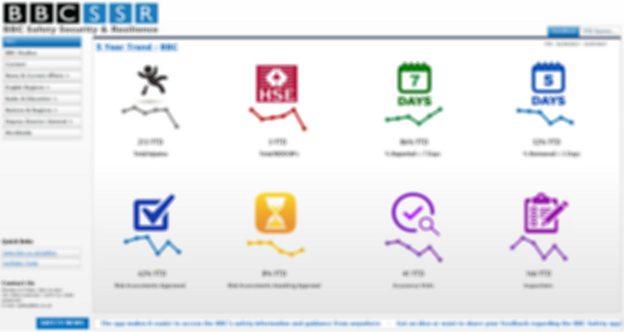 This site describes what the BBC does in relation to managing its health, safety and security risks and is intended for those who work directly for the BBC.

It is not intended to provide instruction or guidance on how third parties should manage their risks. The BBC cannot be held liable for how this information is interpreted or used by third parties, nor provide any assurance that adopting it would provide any measure of legal compliance. More information.

Links: Some links on this site are only accessible when connected to the BBC network