How do families react when a loved one converts to Islam? Rageh Omaar looks at four real-life stories.

A Muslim in the family 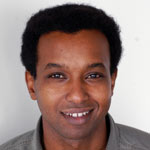 Taking Shahadah - the statement of faith, whereby a convert becomes a Muslim - is a very simple process. There's none of the theatricality of a total immersion baptism or some of the other rites of initiation favoured by other faiths. Don't bother taking the video recorder along. It will be over before you've even got the lens cap off.

Quite simply, in the company of two Muslim witnesses, converts just have to make the declaration that there is only one God, Allah, who created the universe, and that Muhammad (PBUH) is his final messenger on earth. And that's it. End of story. Finito.

Except, of course, that for most converts, taking Shahadah is only the start of the story. Or rather, it's the end of one chapter and the beginning of another.

On the one hand, it's a totally life-changing experience - a spiritual car wash, from which you emerge with all sins expunged and the purpose of your life clear. On the other hand, it's still you. A clean Ford Mondeo is still a Ford Mondeo.

That's the bit that families and, to be fair, some converts have difficulty accepting. Many of them are in a rush to change their names, grow a beard (the men, that is), change their clothes and throw themselves into observation of Islam's rituals of prayer and fasting.

Well, fine. Nothing wrong with any of that. It's all recommended in the Qur'an. But not all of it is totally necessary to the faith, and the speed of change can sometimes be bewildering for the convert's non-Muslim family members. Not only might they be confused by this new-found religious zeal, but they might actually be offended by it.

"Why do you have to change your name for an Arabic one? What's wrong with the one we gave you?"

"What's with the funny clothes?"

"Why do you suddenly have to wear a headscarf, when half the Muslims I see don't wear one?"

"If you spend all your time at the mosque, you're going to be brainwashed. I'm not having a suicide bomber in my family."

In many respects, such questioning is healthy. Although non-Muslim family members often reveal a lack of understanding of the faith, they do at least make sure that converts don't make the change lightly. They also show that new Muslims have some explaining to do. And in the present climate, that can only be a good thing.

When so many of the images of Islam we see are coloured by ignorance or fear, it can only be positive for new Muslims to have to explain to their families:

"Islam is a religion of peace, not violence, and those who commit atrocities in its name commit not only murder, but blasphemy."

"No, Dad, the Qur'an is not a handbook for the oppression of women. It actually contains one of the world's oldest charters for women's rights, insisting that we are equal in dignity and education."

Having new Muslims saying those things out loud is not only good for non-Muslim understanding of the faith. It's also a useful reminder for existing Muslims, whose faith can be corrupted by cultural practices that have nothing to do with the Qur'an.

All four of the new Muslims in this article came to the faith from a position of profound ignorance. And all four of them have had to square their conversions with families, who have been, at best sceptical, and at worst fearful and resentful of the change.

Yvonne was the journalist captured by the Taliban while reporting undercover in Afghanistan, soon after 9/11. Held on spying charges, she feared she would be stoned. Instead, she was treated with respect. She promised her captors that, after her release, she would study Islam. She read the Qur'an looking for an explanation of the Taliban's treatment of women, only to find there wasn't any: "It's a magna carta for women!"

She converted in 2003 and has found that her new faith has helped put behind her three broken marriages and a reputation as the "Patsy Stone of Fleet Street." But she still can't persuade her Mum that converting was a good idea. 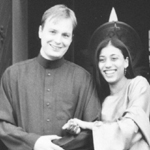 John Standing and his wife©

John used to try to talk his Muslim girlfriend, Nasera, out of her faith. It was only when she stood firm that he decided to read the Qur'an for himself. Within months, he'd converted to Islam. His father, Tony, admits that John seems a calmer, kinder person since his conversion, but can't help worrying that John's been brainwashed. He's warned him that, if he gets involved in violent extremism, the family will disown him... Not that they expect him to.

What his father can't understand is why John feels the need to change his name to Jamal Udeen; why he's abandoned a promising musical career (John believes Islam forbids music); and why he's now talking about emigrating to a Muslim country. Does Islam really demand all those changes? 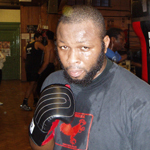 Aqeel was brought up in Manchester by Jamaican Christian parents, but rejected his parents' faith because it seemed to him a white person's religion. Not that Islam seemed any less exclusive. The only Muslims he knew at school were Asians. It was only when a Jamaican friend converted that Aqeel became interested in the faith. He read the Qur'an and found that whereas in the past his head had been full of questions, in Islam he found answers.

A former professional boxer, Aqeel no longer fights, because of his new faith, but he still trains and finds that the discipline of boxing goes hand-in-glove with the demands of his new faith. 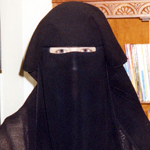 Shahnaaz grew up in a white family in Slough and converted to Islam when she married her Asian boyfriend, Naseer. Back then, he wasn't even a practising Muslim, but over the last six years, she has brought him back to the faith. First, she started wearing a headscarf or hijab. Then, this year, without any prompting from Naseer, she started wearing the full burkha veil. "Ninjas, we call them," says Nas, a little bemused.

Not that Shahnaaz is discouraged. She feels liberated from "the beauty contest" that, she says, dominates western culture. Interestingly, her veil provokes abuse from both Asian and white people.

All four of the converts have found different ways to reconcile their old lives with the new. However, the fact that all four of them are determined to reconcile the "before" and "after" versions of themselves is a very hopeful sign. Perhaps, in them, we can see a living bridge between Islam and the West - two cultures that many see as being on an inexorable collision course.