The BBC is the UK host broadcaster of the 2022 Commonwealth Games in Birmingham and has a wealth of coverage across multiple outputs. The bulk of this production effort is well tried and tested, but it's an excellent opportunity for BBC Research & Development to try out new ideas in a complex, large-scale environment. This year, we're testing 5G standalone non-public networks to provide live pictures from the centre of Birmingham.

We have used mobile networks for contribution feeds for over a decade, revolutionising news coverage alongside the use of the internet. While these work really well, because they are on the same network as the general public and other users, it is not always possible to guarantee a robust signal when the crowds arrive at a busy event.

For the past three years, BBC R&D has been looking at the potential of 5G to support this type of event, working on standards, commercial and regulatory requirements and various tests and trials. The Commonwealth Games has given us an ideal opportunity to deploy a network for real. 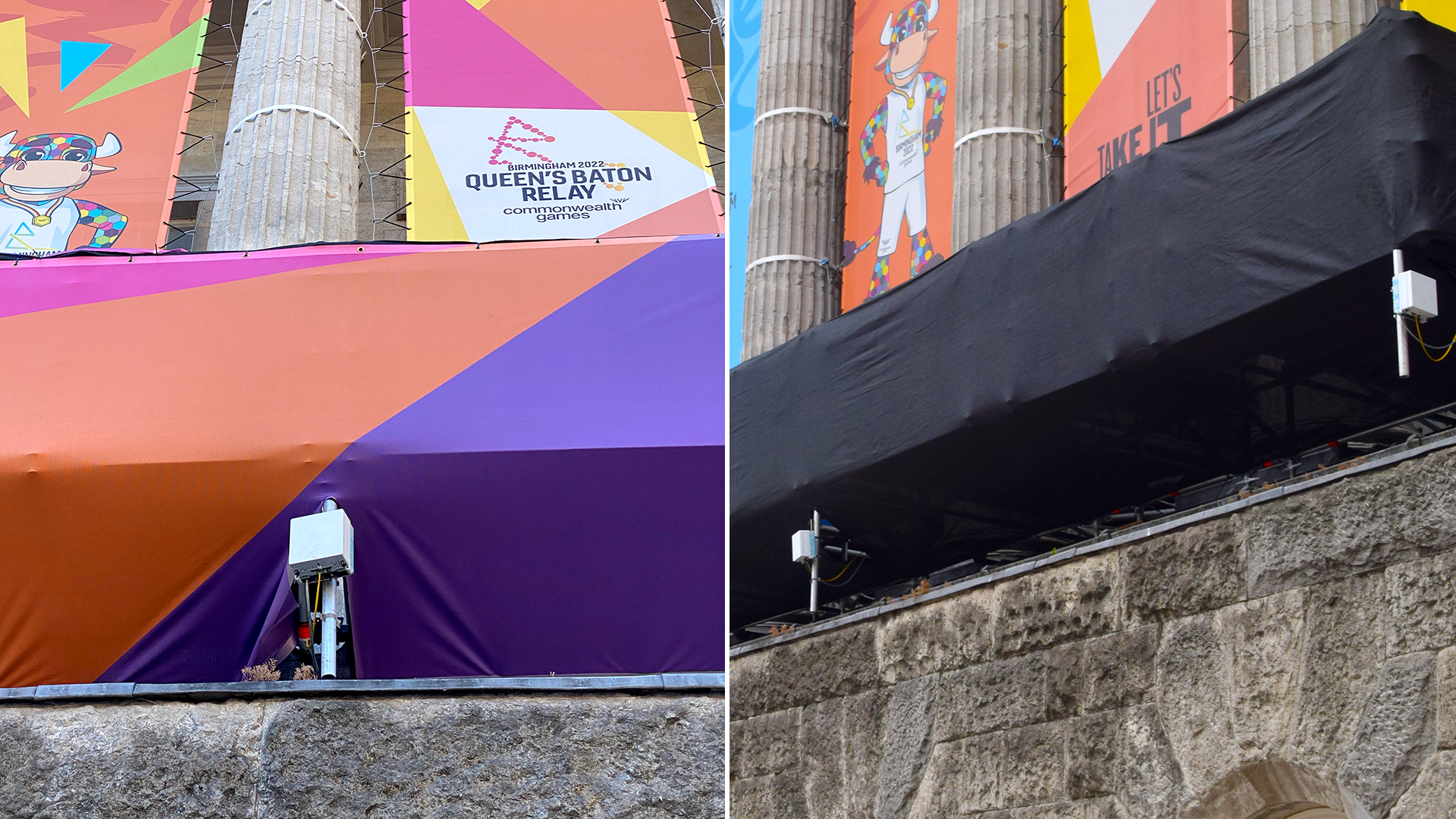 We are working with BT to provide the network and backhaul and Vislink subsidiary Mobile Viewpoint to provide the technology that encodes and manages the video stream over the networks. We've also conducted other tests to examine the handover between cells and from the private to the public network. This will enable teams to use the same kit in different scenarios, giving production teams more flexibility. 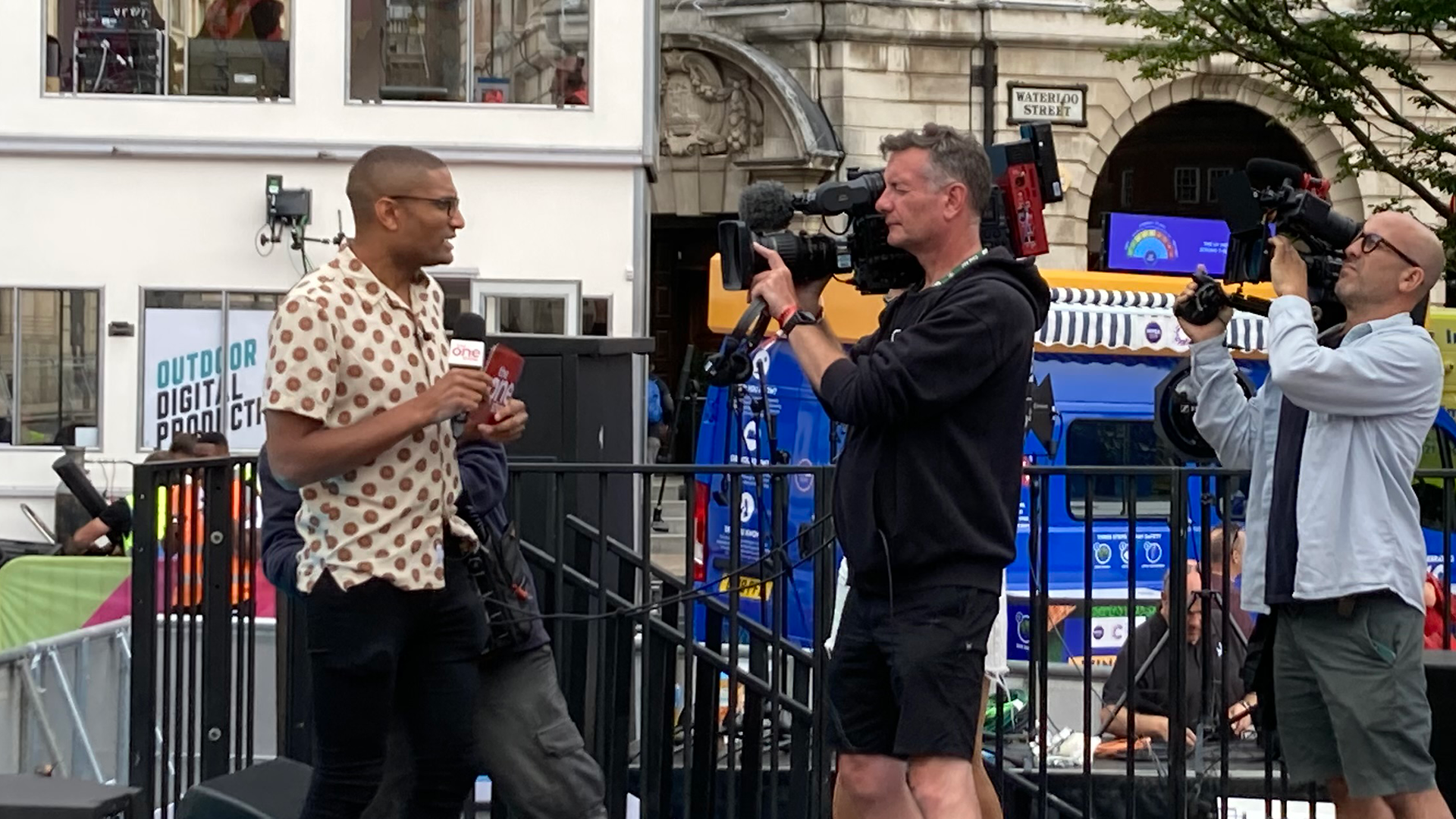 Last Wednesday's The One Show became the first programme to use this type of technology at scale to cover the Queen's Baton Relay as it arrived in Birmingham, with large crowds that have the potential to swamp a standard network. We had two live cameras, each with a Mobile Viewpoint unit that took the video feeds and connected to the dedicated 5G network. The BT-provided network was in dedicated spectrum centred around 4050 MHz, allowing us to configure the network to favour uplink traffic typical in a production environment. In contrast, public networks tend to support more downlink-heavy applications. 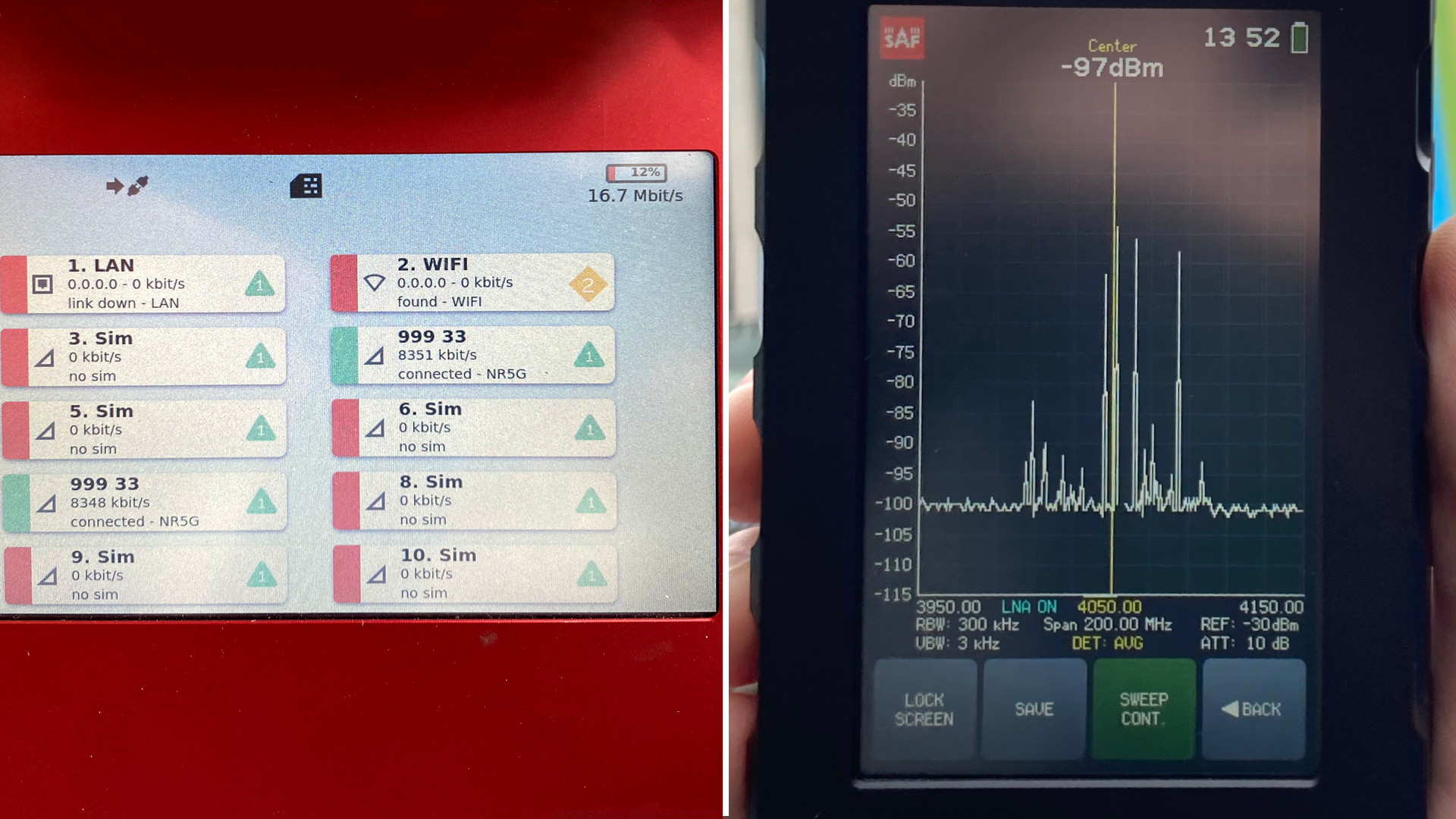 Left: the unit connecting the camera to the 5G network, streaming at 16.7 Mbit/s.
Right: Our network in N77 spectrum centred on 4050 MHz, enabling us to tune for better uplink.

The other key aspect of this trial is that we have no on-site production facilities. The signals are passed through the 5G network and backhauled to a Mobile Viewpoint decoder based in our master control room in London. The two cameras are synchronised at this point, so we can intercut if required. We can remove this option if latency is more of a concern than synchronisation. From there, the output is decoded and sent to whichever gallery wants to use the cameras. This could be The One Show in London, BBC Sport in Salford or any of the Nations and Regions galleries around the UK. 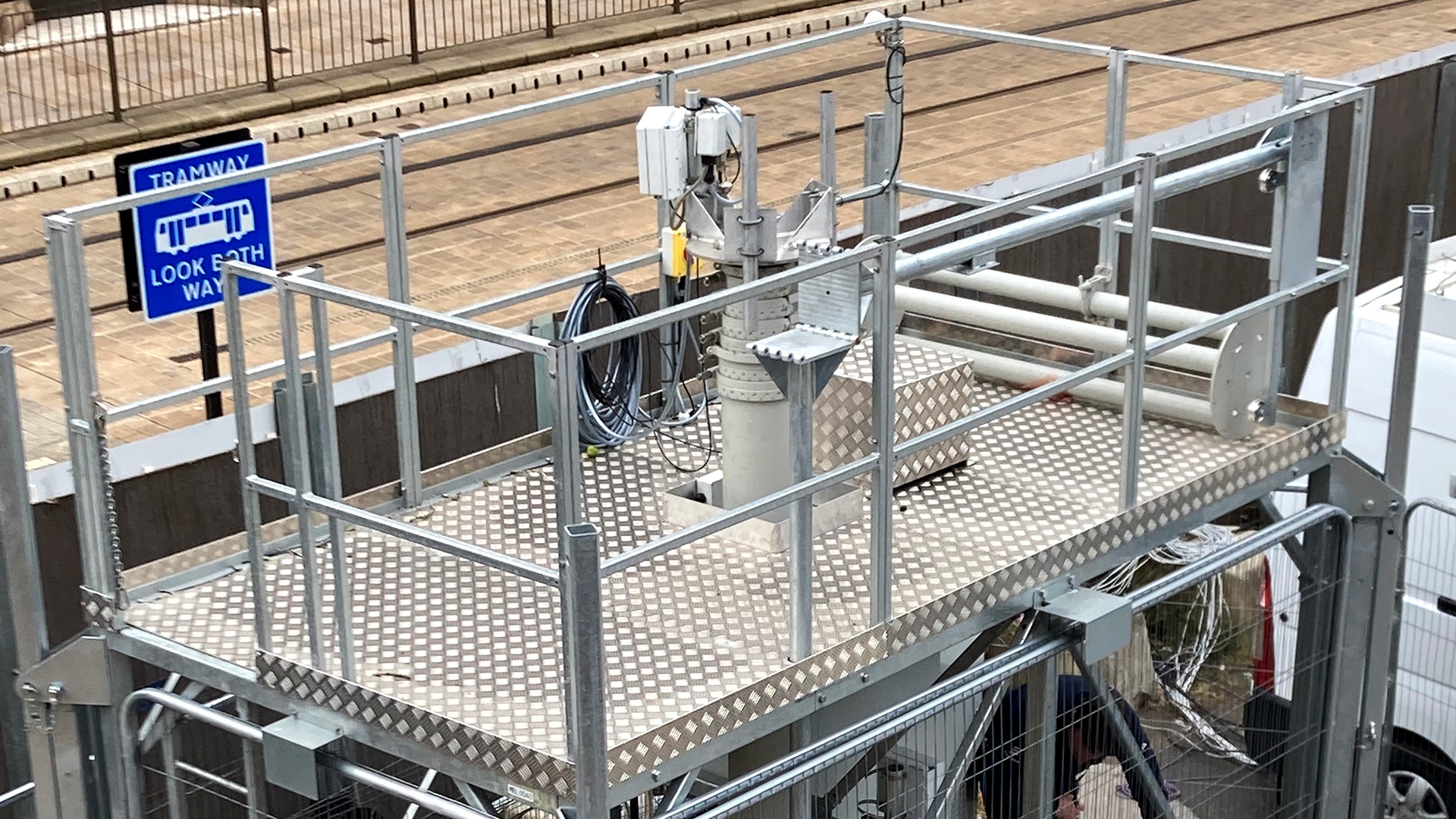 The BT 5G core equipment, mounted on a trailer.

As with all R&D trials, the fundamental purpose is learning and informing what may happen with future workflows. The teams have worked together to understand the challenges of providing a robust solution that matches or exceeds existing capabilities. The trial continues throughout the games.

Of course, technology never stands still, and this is the first step on a journey that will see both mobile and broadcast technologies evolve. We have plans to harmonise our workflows to better support production operations and reduce cost and complexity while increasing flexibility and reliability. By fully using the IP nature of 5G networks, we will see more of the benefits of remote and connected production.