In November 2021, the AI in Media Production team at BBC Research & Development carried out a television shoot with a difference. A typical shoot produces audio and video that are then edited together to make a programme. This time, we intended to put that material into a dataset for academic researchers. Greater access to TV programmes' raw material would help many academic fields. One that is of particular interest to us is 'Intelligent Cinematography'. Its researchers are looking at how artificial intelligence and machine learning could help with production tasks like shot framing and editing.

Of course, the BBC makes TV programmes all the time, so it is reasonable to ask why we needed to do a special shoot. We have joined other BBC productions in the past and gained valuable material for our own research. This is a less useful approach when it comes to creating a dataset to share with others, though, for a few reasons:

To explain this last point - we wanted our dataset to support research into ways to frame shots. In a normal TV production, the director tells the camera operators how to frame the shots. This bakes the framing decisions into the recording, and it is not possible to revisit them. Instead, we used four static ultra-high resolution cameras with wide-angle lenses. We set these up to record the whole scene at once. This approach allows the framing of the shots to happen later on by cropping. Using four cameras lets users and algorithms select different perspectives in post-production. 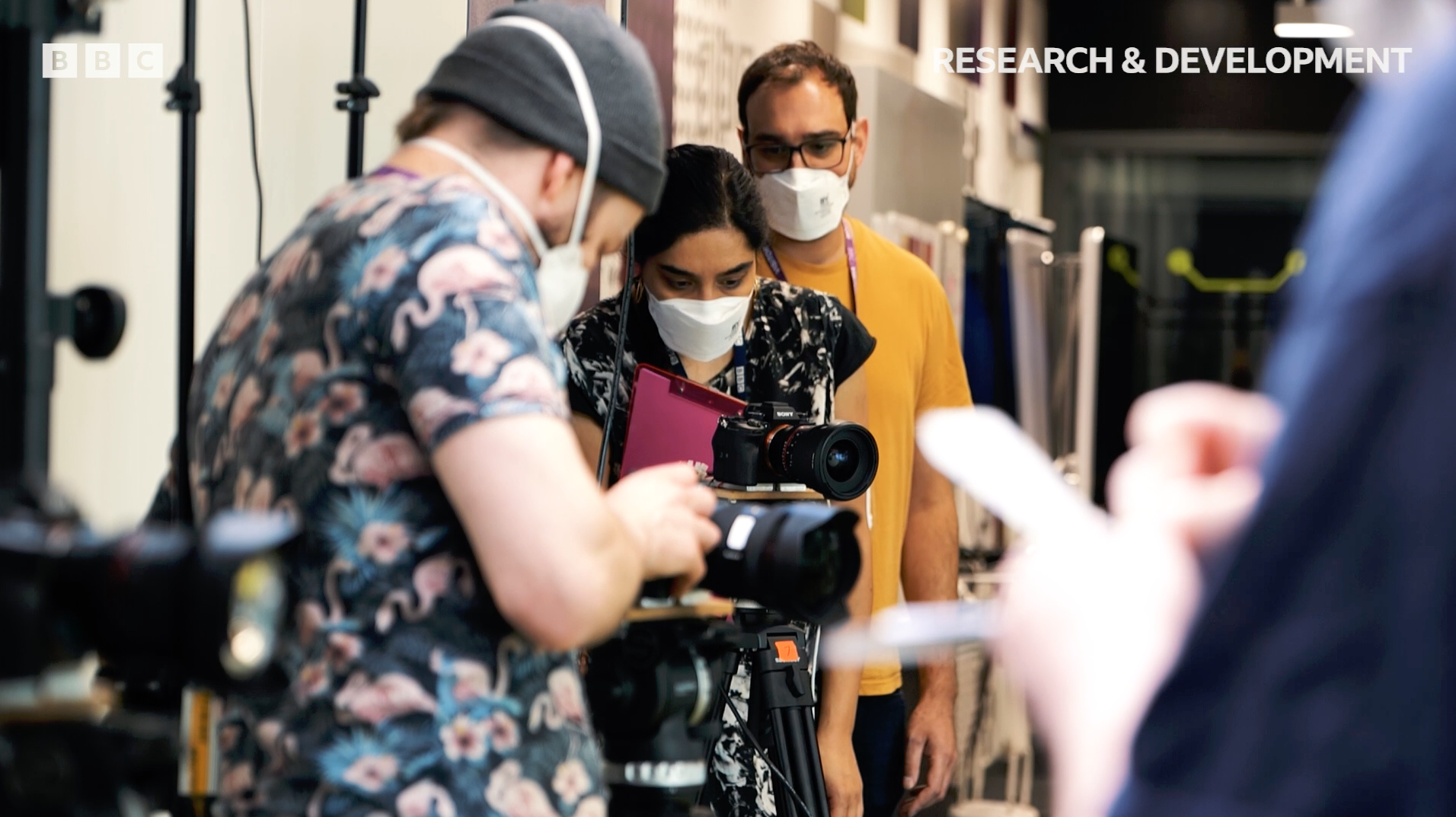 The programme is a comedy about a celebrity quiz show, with a script by a professional writer. The quiz show host and contestants are played by professional actors. The participants in the show are school friends who have become famous in later life. They carry out challenges and talk about their pasts and their relationships with each other. The early scenes are calm, making life easier for any algorithms trying to make sense of them. The action builds throughout the show, and the final scenes are chaotic. This is an intentional challenge for the algorithms that will analyse them.

We have included the following artefacts from the shoot into our dataset:

We have compiled a summary of the terms of use under which we have released the dataset. If you would like to use the dataset in your own research, you must accept those terms by downloading and returning the form on that page. The first release of the dataset focuses on Intelligent Cinematography research, and the license terms reflect this. In future, we would like to open it up to support researchers in other fields. We want to hear from people at universities, reputable academic institutions and other relevant public organisations where this data would help. If that's you, please email us at oldschool.dataset [at] bbc.co.uk and let us know.

BBC Academy - What does AI mean for the BBC?