This week, we launched our third pilot in a series of immersive audio trials on BBC Taster. Monster is an audio drama produced in collaboration with BBC Writersroom, Wales. Designed to be experienced in the dark, Monster is a powerful tale of loss and guilt in the horror genre, telling the chilling tale of a mother and daughter caught in the midst of a frightening paranormal event. With Hallowe'en looking different this year and everyone staying home more this winter, we hope our audiences find Monster is a great way to spend an evening.

Monster follows on from 1927's Decameron Nights and Pick A Part with the BBC Philharmonic, using our audio device orchestration technology. Unlike many immersive audio dramas, no headphones are required for this experience. Instead, elements of the audio scene are dispersed physically around the listener's space, making use of the everyday devices they already own—turning phones, tablets and laptops into connected loudspeakers. To unlock the 30-minute experience, listeners are required to connect at least two devices and are given instructions on where to position them. The experience adapts to the number of available devices and tailors the audio routing to suit the listener's particular configuration. Although it works with at least two devices (which should ideally be positioned to the side of and behind the listener), the more devices connected, the more immersive the experience will be.

Monster was written by Brad Birch, an award-winning Welsh playwright transferring his talents in writing for theatre to his first commission for the BBC. Brad worked closely with development producer Helen Perry from BBC Writersroom, refining the script and finding the right voice actors to bring it to life.

During the scriptwriting, the BBC Research & Development team and the production team in Cardiff collaborated closely. We had many calls as well as a (pre-lockdown) day in Cardiff workshopping ideas, trying to work out how the available technology could best support the story, and how to write a story that made most use of the technology.

In early 2020, the plan was for this piece to be an in situ installation in the new BBC Cardiff Central Square building. Small groups of visitors would book time slots and experience the drama in a space where we had very careful control of all elements - including loudspeaker positioning and the look and feel of the space. We were in the process of designing how we would use participants' own devices in the orchestrated experience when the UK was plunged into lockdown. We realised quickly that the installation wasn't going to be possible, and decided to pivot to online delivery. This presented an interesting new challenge: could we use our technology to bring an immersive experience that normally would exist in a specific location, into someone's living room?

Of course, this also made the production process challenging, as we had to adapt to making complex creative decisions whilst working remotely. We were no longer able to get together around a whiteboard to work things out. 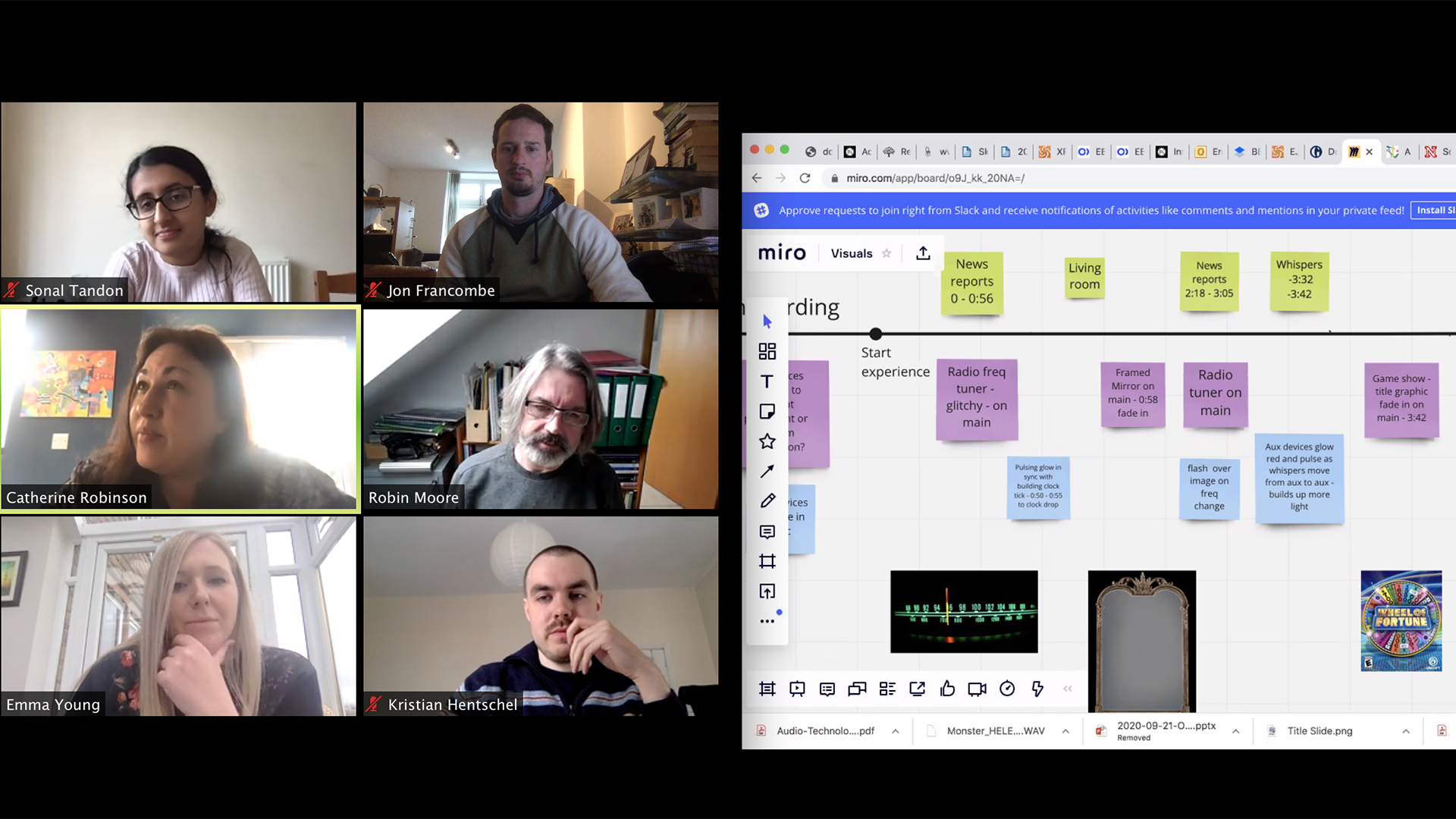 Horror is a whole-body experience. It is the perfect genre for pushing the boundaries of what is possible in an audio experience. Thanks to this brilliant technology, the audience exists alongside the characters within the story. So when the world turns upside down for the characters, it happens for the audience too.

As a scriptwriter, it's a rare experience to be learning the technical capabilities of a medium while writing for it. I knew I had to be adaptable. I had to be prepared to be told that some things wouldn't be possible and have to scale back. But in actual fact, I found that the majority of the conversations were about pushing further, adding more, testing limits. I think we're at a really exciting moment for audio drama. There were things that were possible but we decided against using on this project, so I look forward to whatever comes out next.

Read more about the Writersroom perspective on developing Monster.

Experienced sound designer and technical producer Catherine Robinson was another integral part of the production team. The Audio Team have worked with Cathy on several immersive audio productions, and she was involved in the hack week where we first investigated the audio device orchestration concept, so she was ideally placed to bring her creative vision to the sound design for Monster. With production taking place while social distancing measures were in effect, Cathy employed a series of remote recording sessions with the voice actors and produced the audio with a similar workflow to her usual radio drama projects.

Cathy talked about Monster in her presentation at the recent Sounds Amazing conference. 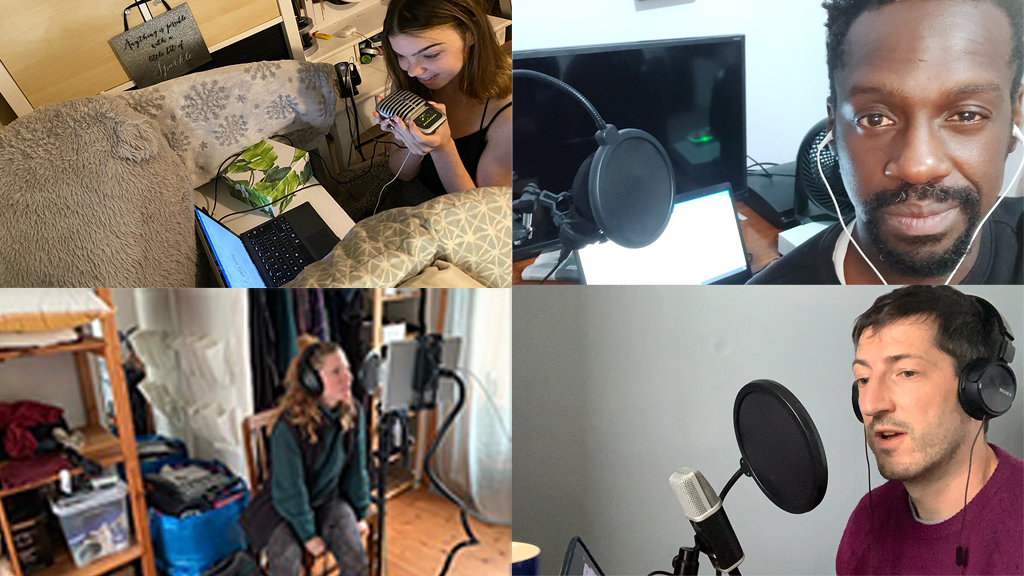 As mentioned above, Cathy used Audio Orchestrator to build the core experience for Monster. The next step was for Audio Team developers Kristian Hentschel and Danial Haddadi to add extra features to enhance the specific experience. Changes included:

One notable difference between Monster and our previous trials - including The Vostok-K Incident back in 2018 - is that this is the first time we've required extra devices to be connected before continuing to access the stories. Previous productions were designed to work in stereo that could be augmented by adding extra devices, whereas for Monster we considered the extra devices to be integral to the experience. That was taken into account throughout the creative process - in the writing, design, production, and delivery. We're interested to learn more about the trade-offs here - we expect that the increased barrier to entry might reduce the number of listeners, but those who do connect will get a more complete immersive experience. We hope that Monster is an experience where people can take some time out to fully engage - turn down the lights, connect up some devices, and prepare to be spooked. 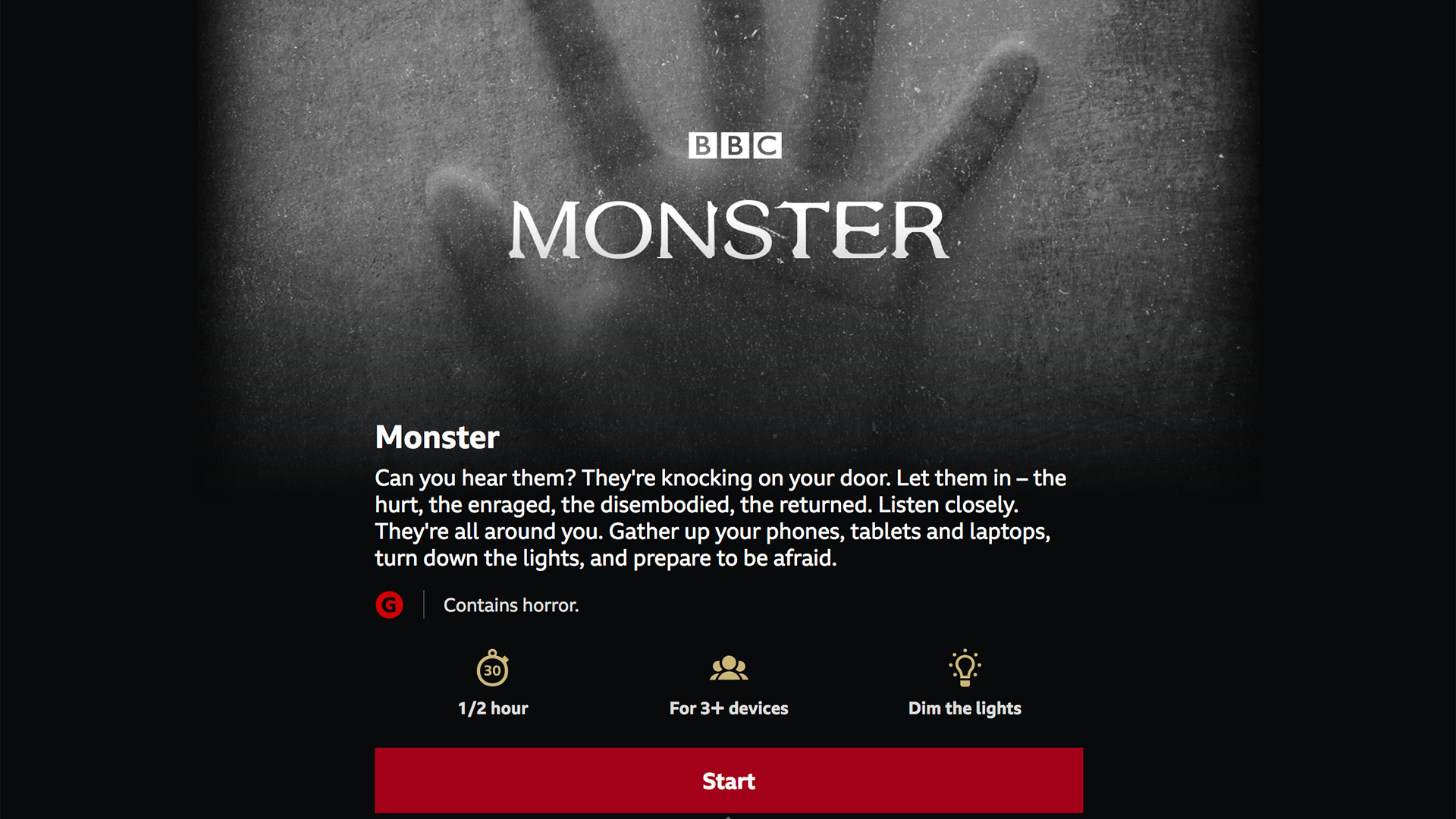 It's been a really busy summer and autumn for us with the release of Audio Orchestrator followed by three trial productions in quick succession. So we need to take a step back to evaluate the tool and the technology. We'd like to learn from Audio Orchestrator users about how they found it, what other features they'd like, and what kind of productions they'd like to make with it. This will help to inform the direction that we take the tool in. Part of this will include engaging with the community of users through the BBC MakerBox forum. For the pilots, we'll have a look at the feedback we get from the BBC Taster questionnaire, as well as designing more detailed experiments. We're particularly interested in looking at how audio orchestration can allow listeners to fulfil some of the core human values that have been empirically determined in other R&D work.