BBC R&D are testing the use of 4G/5G broadcast technology to deliver live radio services to members of the public as part of 5G RuralFirst - one of 6 projects funded under the UK Government’s 5G Phase 1 testbeds and trials programme.

As well as the broadcast trial, the wider consortium encompasses a number of use cases from farming to fishing and even connected cows. What binds them together is a desire to demonstrate potential new approaches to the deployment of connectivity in rural areas, which can often suffer from low and unstable bandwidth on both fixed and mobile. Given that the Internet is becoming increasingly important to deliver the BBC’s programmes and services, we want to make sure that everyone in the UK can benefit wherever they live.

We worked with the Orkney Islands Council to identify the island of Stronsay, Orkney as a location for the trial. It was chosen because it currently suffers from limited fixed broadband, little or no mobile coverage as well as poor digital radio coverage. It therefore seemed an ideal location to try out this new technology. From the perspective of someone based in London it certainly feels somewhat remote, being two flights and a ferry ride from BBC R&D here in West London.

In the 5G Broadcast trial, we’re transmitting thirteen radio stations, including BBC Radio Orkney, broadcast live over the 4G/5G system. In addition, we’re offering mobile Internet access to participants. This allows us to demonstrate the benefits of broadcast for live services alongside normally Internet access for catch-up services. 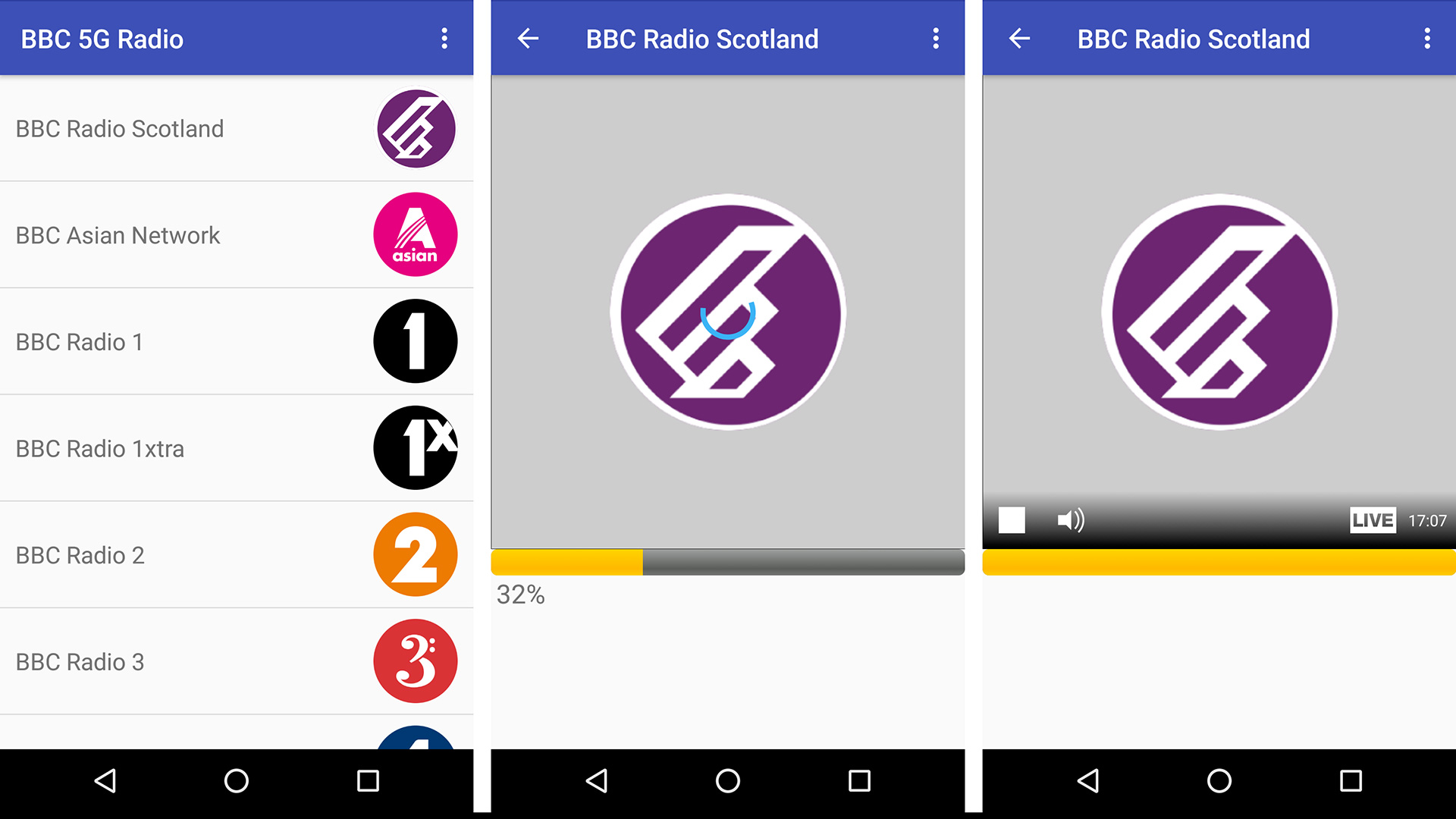 Initially we’ve developed a dedicated ‘5G Radio’ app to play the live streams. Crucially this re-uses many existing BBC application components such as the Standard Media Player and therefore gives us a good understanding of what might be involved in using this technology for real in the future. We’re now working to introduce the broadcasts directly into an experimental version of BBC Sounds, allowing us to demonstrate the benefits of broadcast for live services alongside mobile Internet access for podcasts and catch-up services in a single application. 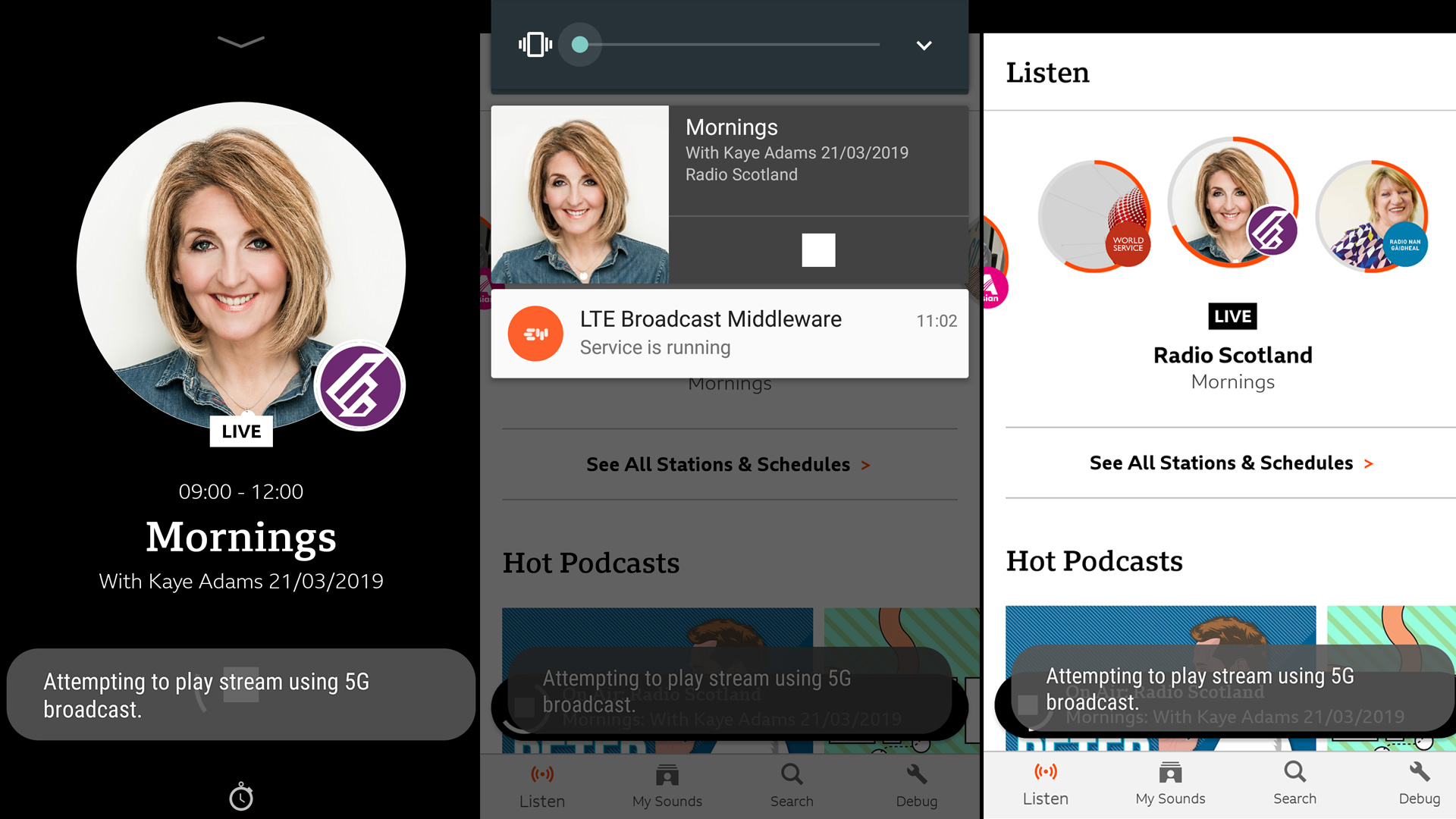 For the trial, we’ve built our own mobile network from the ground up, giving us complete control over the transmission parameters such as modulation and coding settings and the ability to vary them to assess performance in different situations. We’ve given out twenty broadcast-capable handsets to members of the public and, alongside detailed audience research, we are collecting technical performance data to enable us to build up a crowd-sourced picture of coverage. We can then compare this against our initial predictions to refine our models. 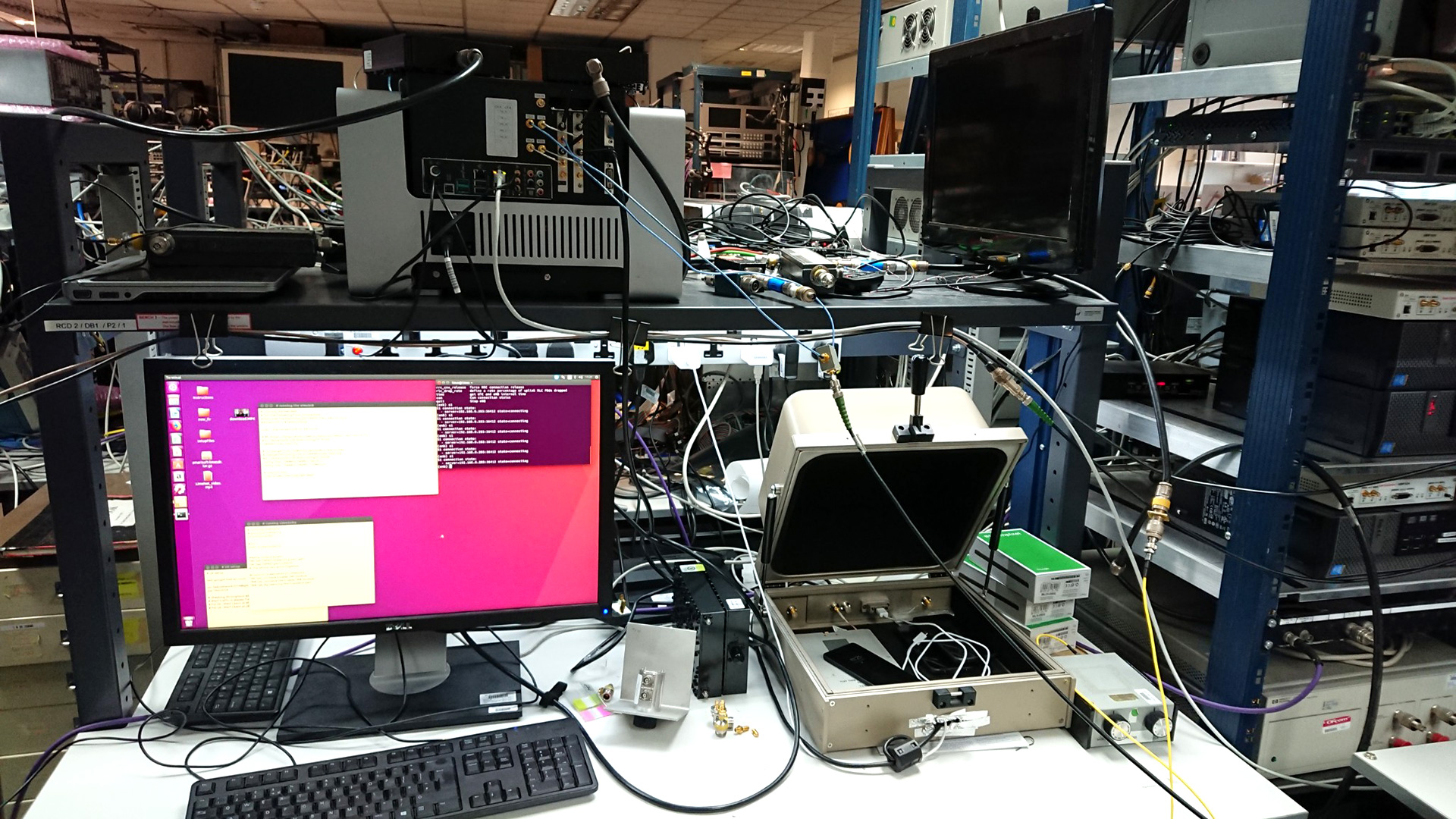 Over the last few months we’ve been doing lots of testing in the laboratory, shown in the picture above. We carried out the initial equipment installation on-site back in December before returning in February to officially start the trial. This involved our partners CloudNet installing the antenna and Internet backhaul via a wireless link from the neighbouring island of Shapinsay. We also hosted a public meeting before giving out handsets to twenty members of the public.

As part of the trial we have commissioned some on-going audience research from the trialists, and the initial feedback from this has been extremely positive, with participants particularly valuing the consistency of the connection, the additional range of digital radio services and the greater reliability and ease of use (‘less wiggling of aerials’!). The trial is set to last for the next few months and the expectation is that, after the trial has ended, certain elements of the network will remain to offer islanders the potential of improved home broadband.

BBC News - 5G: Why Orkney Got the Latest Tech Before London