Just like Jaws isn’t (just) a film about a shark, television isn’t (just) about watching programmes. It’s also about spending low-effort downtime, on your own or with others. Now we are moving towards an on-demand world, we’ve hit a problem with this kind of watching. Choosing from many options isn’t low effort, it’s high effort - something schedulers have known forever.

BBC Taster - Tellybox: Something Something

Here’s a great paragraph illustrating the point, by Kate Allen in the Financial Times, writing about something completely different:

“Here’s a choice: you can either have £2 or a nice pen — which do you want? The pen? Oh wait, or you could have two cheaper pens, if you prefer. Does that change your decision?

[Alphaville] guesses that you don't particularly care either way, and are now feeling faintly irritated by the question. That's because the offer of cash or a pen is an example used by psychologist Barry Schwartz to demonstrate what happens when people are given too much choice. When asked to make a decision about something you don’t particularly care about, choosing becomes a chore, not a pleasure. It’s not just about the occasional offer of a pen. Our over-consuming, media-saturated lives involve a surfeit of decision-making opportunities every day. Sometimes you just want someone else to take the responsibility out of your hands…”

Coming from a background in economics and decision theory, I’ve become fascinated with how wrong, annoying and frustrating it is to find something to watch on TV. This isn’t just about on-demand TV - when the TV programme guide has hundreds of live channels, that’s very frustrating too. I want to know: what are these unhelpful interfaces doing to the quality of our relationships when we want to watch with others? And what are they doing to the quality of the programmes we are watching?

Two things colliding set me on this path. One set came from a book, “Thinking Fast and Slow” by Daniel Kahneman, from 2011. I came across his work with Ariel Tversky during my economics degree, where they cut a swathe through the assumptions of traditional micro-economics (‘infinitely rational man’) with tested observations about how systematically non-rational we all mostly are when making decisions. Thinking Fast and Slow summarises all those heuristics and biases as consequences of the two different ways the brain can work: Fast relies on associative memory, and when thinking in this mode our thoughts are effortless, efficient, unconscious, and biased. Only occasionally do decisions get kicked up to the tiring, slow, conscious, rational operations of the brain.

The ‘Nudge’ movement grew out of Kahneman and Tversky’s work; but so also did many ways of exploiting our vulnerabilities in decision-making. The mechanisms in our brain that by default take the easy route and predictably decide in a few milliseconds ‘what should I click on next?’ mean we can find ourselves endlessly browsing social media sites, against our better wishes. 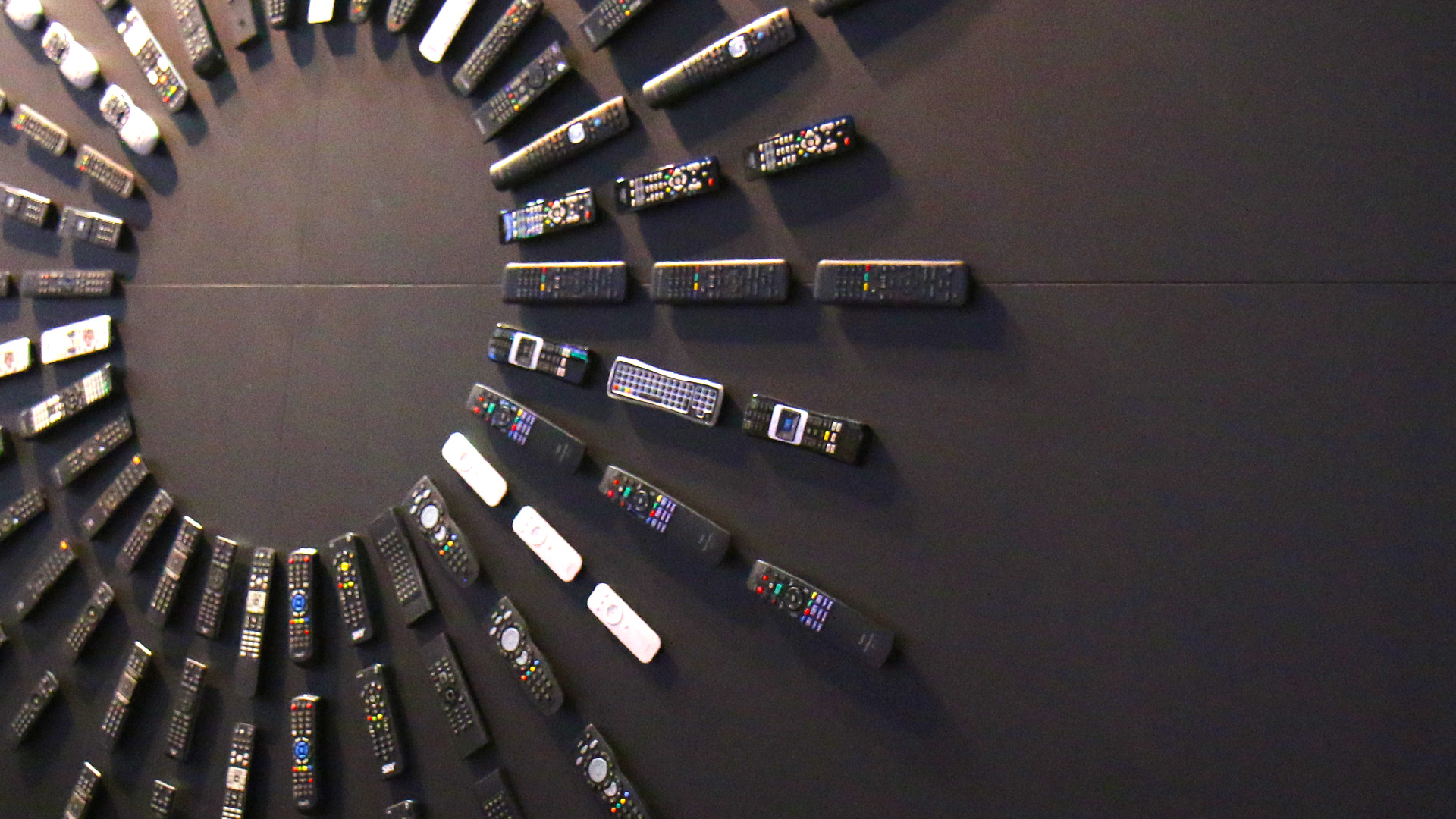 The second set of ideas was around recommendations themselves and how they target individuals. This is usually how on-demand TV companies respond to the ‘too much to choose from’ problem. Recommendations are targeted to individuals because of these companies’ business models. They sell to individuals (whether they are selling objects, services or enjoyment) and they also trade in individuals’ time and attention. Traditional economics has the same perspective. To an economist you are an independent bundle of preferences observed at an instant: relationships, family, groups and society, even time, get relegated to insignificant positions.

Putting these two sets of ideas together suggests a hypothesis about why choosing something to watch with others using existing services will be a frustrating task. From the perspective of the product designer the other people don’t exist, because they cannot be traded or measured; and yet the practicalities of most of our lives involve other people. And one way our friends and family break us out of our well-designed bubble, kicking things up to the slow decision-making part of the brain, is when we try and sit down with them to watch something. Invoking this slow part of our brain is quite painful. We have to think!

This is why we made the four Tellybox prototypes. I wanted to open up a conversation about what kinds of interfaces would lead to good choices, and what that might mean - bearing in mind all interfaces nudge people towards certain outcomes, whether that’s accidental or in pursuit of a particular product measurement statistic.

Choosing is hard. Making good choices is hard. People want to spend time together and watching TV together can be a pleasant social activity. One way we can help make it enjoyable is if we make choosing an important part of the design for example by making the process fun (“Random TV”), or helping people make choices based on the time that they have (“Clock”), or explicitly acknowledging more than one person is there (“5-2-1”), or gearing the kinds of questions asked to the kinds of mental states people want to achieve rather than making them do the work of figuring out the specific programmes that might meet these states themselves (“Something Something”). 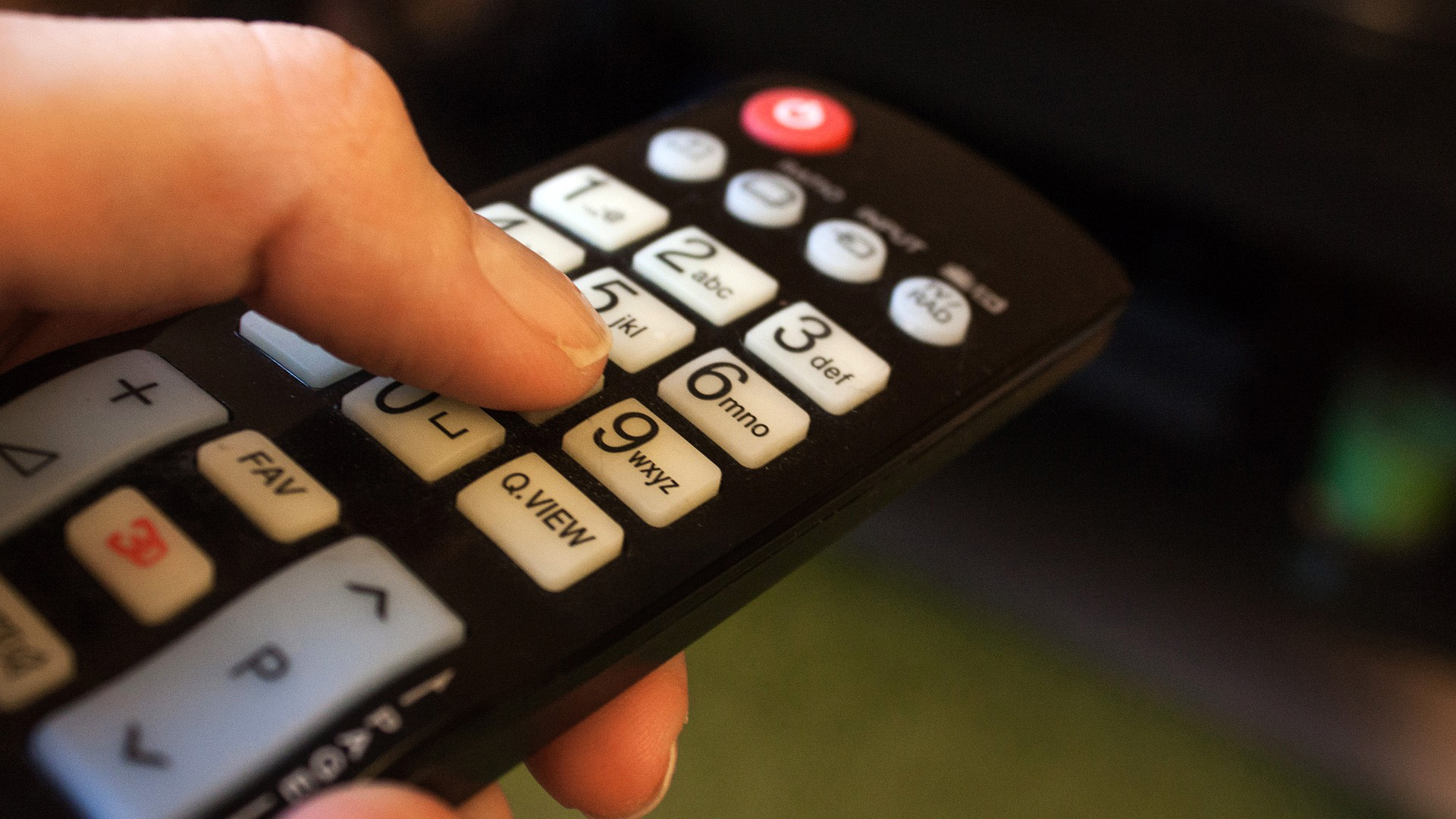 This isn’t a search for the one true interface. We hope to open up a conversation about what interfaces to iPlayer there could be, and why. We’ve only touched the surface here - so we would appreciate you letting us know if you think this is an interesting direction by testing them for us:

Random TV is the simplest of the interfaces. Swipe down, or click the button, and it spins through a range of random programmes, stopping at a random position. You can spin again, or nudge up or down if you see something more interesting go by.

Something Something is a voice prototype, so you’ll need to allow the browser to access your microphone to make it work. Ask for "something funny" or "something dramatic" (or anything you like) and it will try and find a match for you.

Finally, Clock is a prototype for children and their parents or carers. Select the number of minutes you’d like to watch for and it will find programmes and playlists lasting about that length of time for you.

You can see more about the process we’ve used for Tellybox and its sister project Better Radio Experiences in a video.