From the radio dramas The Wheel of Fortune (2001) and The Dark House (2003) to sci-fi comedy The Inspection Chamber (2017), produced exclusively for the latest voice controlled devices, the BBC has long history of exploring the possibilities of interactive storytelling. Each of our experiments has provided valuable lessons on both the opportunities and the challenges of putting control of the story into the hands of the audience.

Netflix’s recent Bandersnatch (part of Charlie Brooker’s Black Mirror series) has also explored similar challenges, whilst simultaneously sparking the discussion about ‘choose your own adventure’ style interactive narratives. With the medium currently back in focus it feels like a good time to ask where the future of interactive storytelling lies and how BBC R&D are helping to shape it?

In order to predict where we’re heading, it’s helpful to first look back through some of our recent storytelling experiments and share some of the things we’ve learned to date.

What have we learned so far?

There’s so much we could say in response to this question. It all depends if you want to know about writing, story-mapping, user experience considerations, production challenges or technology platforms.

We can however share some key takeaways that, in our experience, can be applied across most interactive narratives:

Obviously, these points only skim the surface of what we’ve learned so far. To understand how we’ve come to these conclusions, it’s helpful to take a closer look at some of the interactive dramas we’ve helped to create and test with audiences through BBC Taster in recent years. 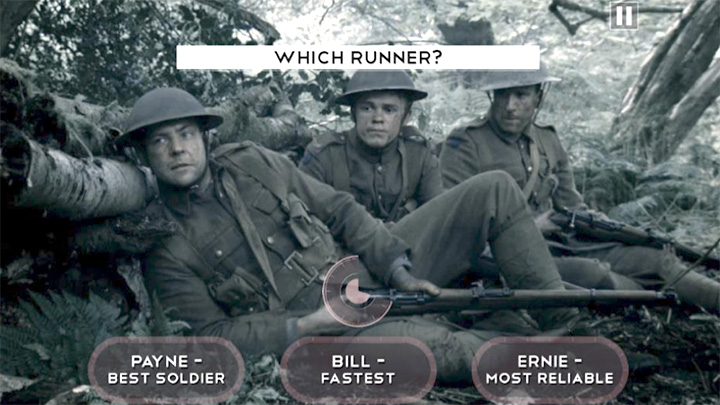 Set in the Battle of the Somme in 1916, Our World War tells the story of Arthur Foulkes, a young soldier forced to take command of a small section of men after his commending officer is killed. The viewer must make choices for Arthur, effecting how the story plays out and ultimately deciding the fate of the all the men.

This collaboration between BBC Knowledge and Learning, BBC Three and Salford-based games and animation studio MI, attempted to bring the realities of the First World War to a young audience 100 years after the events.

We asked ourselves ‘would active participation in the story make viewers care more about the outcome?’ In short, the answer is yes. Audience feedback consistently showed a greater emotional impact of events when the viewer felt it to be a direct consequence of their decisions.

Through the process of making Our World War, we also learned much more, including (but by no means restricted to) structuring narrative branches to ensure a sense of control without diluting the core the story, the importance of consistent pacing of the ‘lean forward’ moments and best practices across UX and interface design.

Many of these lessons where subsequently rolled into 2015’s ‘Future of Content’ programme in which BBC Connected Studio brought digital agencies together with BBC production teams to pilot new content formats.

BBC Taster - Our World War - The Inside Story 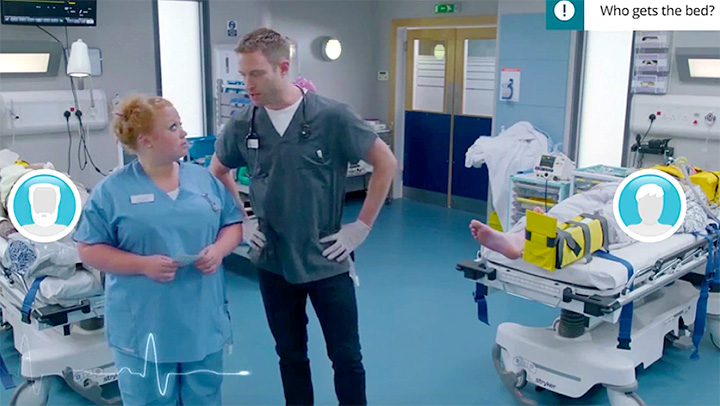 One such pilot was, Casualty First Day, an interactive episode of BBC One’s long-running hospital drama produced in collaboration with digital production studio fish in a bottle.

Shot entirely in first person, First Day saw viewers assume the role of a junior doctor navigating their way through their first day at Holby General. Through a combination of difficult choices and mini games, the viewer (or user) discovers if they have what it takes to make it in this high-pressured environment.

Along with learning more about the challenges of cross-platform production, narrative mapping and user experience, we were also looking to test the durability of a third-party interactive video platform called Eko. The pilot allowed us to understand how far we could push the tech and where we would need to de-scope or build bespoke functionality in future. 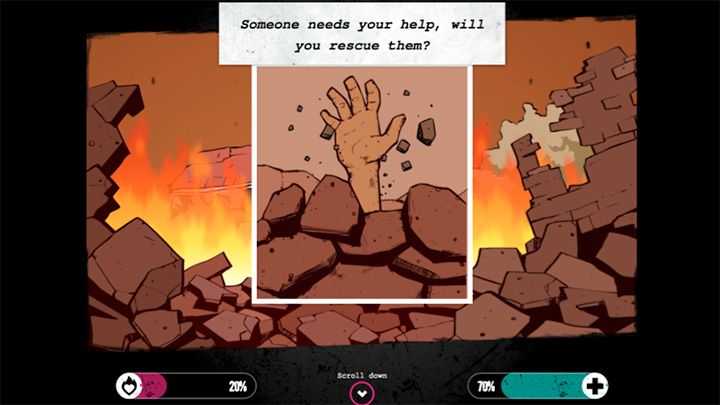 Another Future of Content pilot, How to Survive a Nuclear Bomb, saw BBC History and Brighton based-digital agency Jollywise set young audiences the ominous challenge of surviving the aftermath of a nuclear blast!

Much like Our World War, the pilot tells a fictional story based on historical case studies, playing out as interactive narrative with game mechanics. The right choices see the user survive the vital first few days, while the wrong choices mean they are not so fortunate! As a game, they can always start again and have another try, making for great repeatability, as discussed by Oliver Spall in a previous blog post.

Also like Our World War, the consequences of the choices are played back to the user as a score. This is accompanied by factual information taken from historical documentation from the Cold War.

Where it differs from Our World War is that the story is set in contemporary Britain and is told, not through video, but primarily as a stylish parallax-scrolling graphic novel. This proved much more cost effective than a full-scale drama production and a great repeatable format for young audiences.

BBC Taster - Try How to Survive a Nuclear Bomb

BBC Taster - How to Survive a Nuclear Bomb - The Inside Story

Where next for interactive narratives?

So where do we go from here, and how are we at BBC R&D helping to shape that? I’ll attempt to answer these questions in the second part of this short series of posts.

BBC Taster - Try How to Survive a Nuclear Bomb