BBC R&D recently invited a group of storytellers to a workshop at the Encounters Film Festival to try out one of our new tools. Over two days, five teams would create an idea for a responsive story, capture content for it, and assemble it in our new object-based media tool, StoryFormer.

StoryFormer is a web-based tool for creating responsive stories. Responsive storytelling uses an object-based media approach that allows the contents of a programme to change according to the requirements of each viewer. StoryFormer aims to enable anyone with an idea for a responsive story to be able to create and publish it rapidly, and easily.

We’ve run numerous paper-based workshops in the past, exploring what kinds of responsive stories can be created, and how they might work for audiences. This was the first time we were asking workshop attendees to conceive of a responsive story, and build it, with a brand new tool.

Our StoryFormer workshop resulted in the production of five responsive stories, which were all conceived and produced in around 8 hours. In teams of three, our attendees created a variable depth trailer, a branching variable length news article, an interactive crime drama, and a tour guide of Bristol with different narrators for children and adults. One team even used StoryFormer to mock up a smartphone app, using mostly images and audio, which reflected the flexibility present our toolkit.

Each team talked us through their story, and demonstrated how it played out differently in response to the personalisation they’d built in using the tool. The fact that all five teams were able to create working, interactive stories in the time available is a great indicator to us that our tool can be used by storytellers without the need to write code. 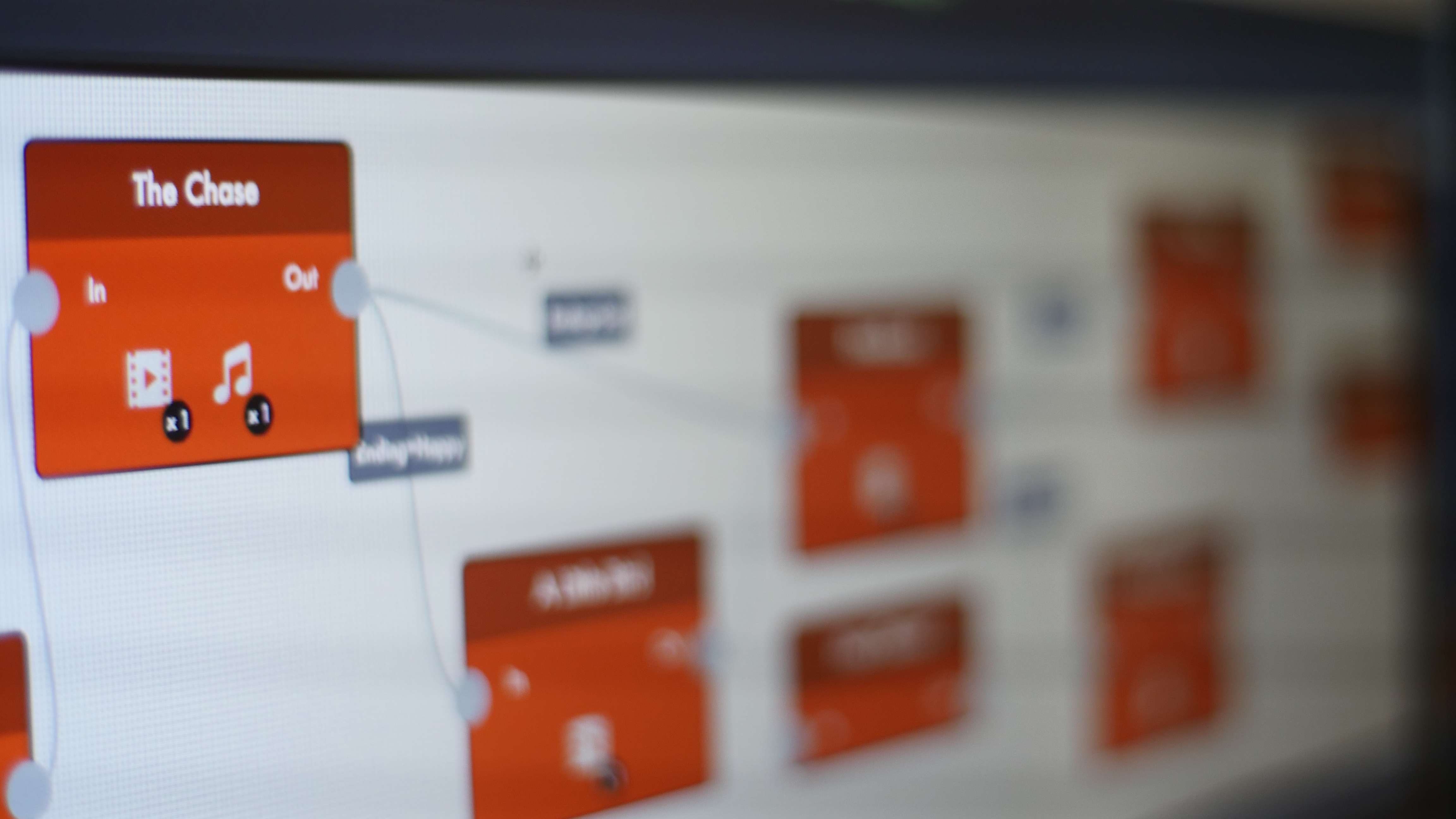 At the end of the workshop, we spent some time with each team asking them about their experience of using StoryFormer. We were pleased to hear that they found it intuitive and easy to use, with a good set of storytelling features. As storytellers, they liked that it didn’t require them to learn new coding skills. It was seen as pretty flexible with respect to the filmmaking process, with some teams using StoryFormer for planning, others as a post-production tool.

We also asked them what object-based media meant to them as storytellers. They thought it was great for enriching stories, immersion, teaching and tutorials. They were also interested in the idea of extending the shelf-life of media by treating it as a live story - for example, growing an object-based news article as a story develops, rather than rewriting it. 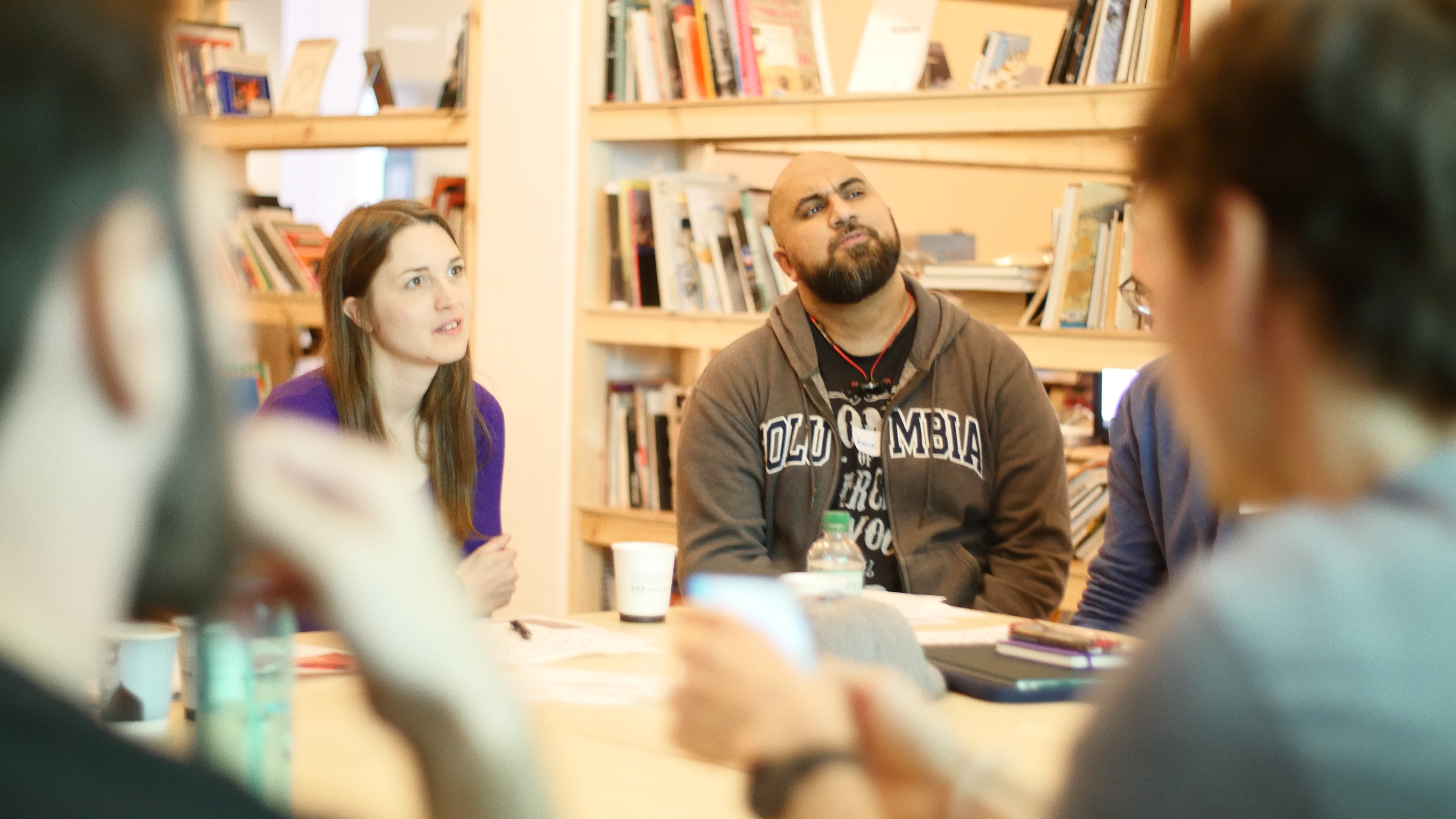 There was also some interesting discussion about some of the challenges posed by responsive storytelling. Would each path through a story be valuable? Could too much personalisation pull the audience or the storytellers away from the core story? Does too much interaction break the illusion?

Ultimately, we think that questions like these will be answered by responsive storytellers. It's our aim to make StoryFormer available as a cloud-based production tool - by giving the community a tool to easily create responsive stories, they can discover where they can offer better audience experiences than traditional linear content. 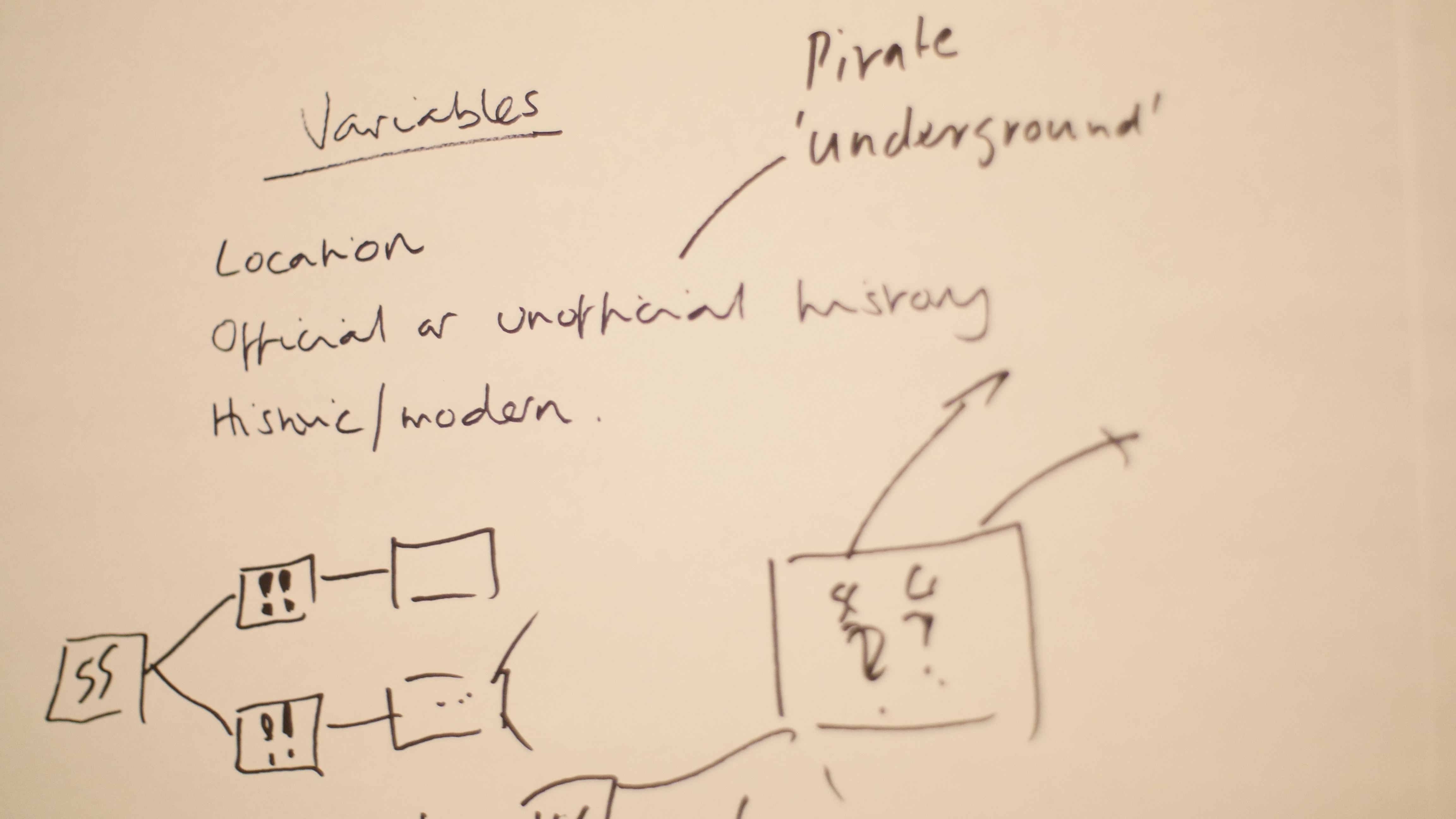 Putting together a successful workshop like this required a significant amount of planning. The workshop was designed to get attendees up to speed with object-based media and responsive storytelling, teach them how to use StoryFormer, and give them enough grounding in the concepts to be able to create their own ideas in the tool.

Before getting hands on, we needed our attendees to think about how responsive stories work. These stories can change in response to each individual audience member. We demonstrated our previous work to our attendees, describing the work through the perspective of Responsive Narratives and Responsive Presentations.

Responsive Narratives can give different audience members different versions of a story. A knowledgeable viewer may want a condensed introduction, or an enthusiast may want a more detailed description.

Responsive Presentations can also tell the same story in different ways. A cooking tutorial can be told with video, or as step by step illustrated recipe cards. 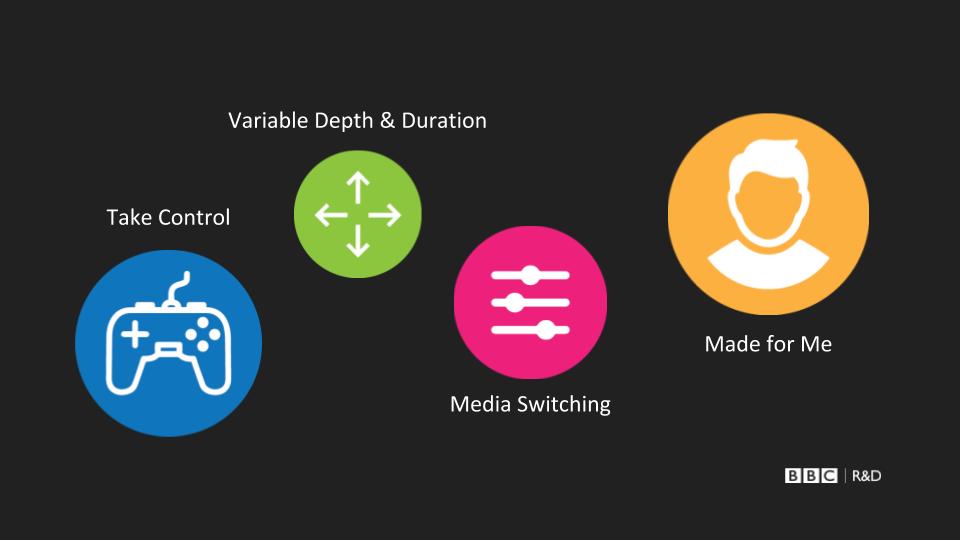 We also introduced four object-based media scenarios, built from combinations of these features - Variable Depth and Duration, Media Switching, Made for Me and Take Control.

Variable Depth and Duration is about experiences that vary in detail or length based on the viewer’s level of knowledge or interest in the subject matter.

Made for Me personalises content around preference - maybe you’re squeamish and you’d rather not see some of the more graphic content in a hospital drama.

Take Control empowers the audience to engage, interact and lean forward to affect how an experience plays out. 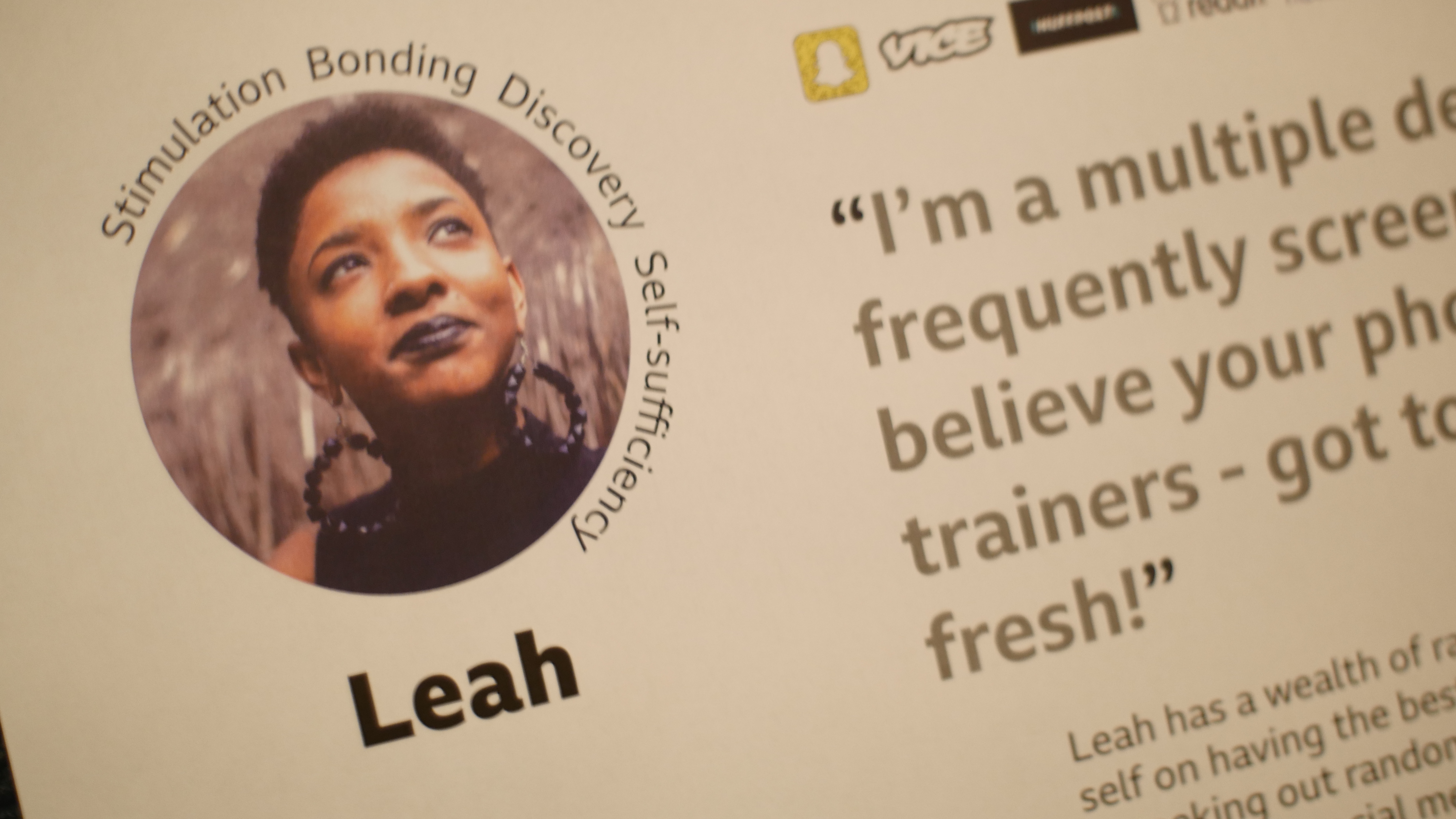 We then wanted our attendees to think about their audiences, so we introduced them to a selection of Personas - fictional, but realistic audience members who each want something different from their media. These were to help the attendees focus on why they were making a responsive story in the first place - to better meet the individual needs of a broad audience.

Finally, our teams needed to know about the mechanism by which their stories will respond to the audience. We use “Variables” to do this. Variables hold information about the viewer and the world that viewer inhabits. They can be collected by asking the viewer questions (e.g., “do you like marmite?” or “what football team do you support?”), or gathered from the state of the world (e.g., the time of day).

The state of a Variable at any given point in the experience can be used to determine how the story responds at that point: to select the appropriate narrative content or presentation for that viewer. We’ve found that thinking about Variables early on in the process forces you to consider why you’re creating a Responsive Story, and how it’s going to work.

At this point our attendees had everything they needed to conceive of their own responsive stories. Each team spent some time creating and expanding a base of ideas - what story did they want to tell? How did it use our OBM scenarios? How would it use Variables to reach different Personas?

We wanted the teams to develop ideas rapidly, without concerning themselves with the constraints of our tool, encouraging quantity over quality. This was successful, and the teams quickly had a huge range of ideas. Ultimately, we wanted them to have an idea that they could build using StoryFormer in its current state, so before they started focusing in on one idea, we interrupted the process with a StoryFormer tutorial.

Once the teams had completed the tutorial, they returned to refine their ideas, shape them around StoryFormer’s capabilities, and start the process of building them. By this point, we’d lined our teams up with all the concepts we thought were relevant, and we’d introduced them to StoryFormer. We were on hand for advice, but rest was up to them.