COGNITUS is a European research collaboration funded under the EC Horizon 2020 programme, aimed at the convergence of broadcast and user-generated content for future interactive Ultra High Definition (UHD) services. The first use case trial of the COGNITUS software was launched at the 2017 Edinburgh Festival. A substantial amount of user generated content (UGC) has been contributed over two days of the festival, which are enhanced to UHD using the COGNITUS software, and professionally edited output videos have been published on the project website.

Our project partner in Greece, the communications company Forthnet, has been trialling COGNITUS at numerous sports events, but as with many other projects from BBC R&D, we tested our work at the Edinburgh Festival. The festival poses a number of technical challenges such as multiple performances, geographically distributed venues as well as the variety of performances, all of which were opportunities to test COGNITUS.

Technology Behind the Trial

The techical, editorial and logistical preparation for the trials started several months before the fesetival began. The COGNITUS platform was installed on the BBC R&D cloud, over Docker containers including the coordinator, content enhancement and processing modules, repository etc. as well as various monitoring components. The content enhancements – one of the key benefits of the COGNITUS system – included some early prototypes of spatial and temporal up-sampling as well as High Dynamic Range enhancements, supported by a number of quality assessment modules. Key technology enabling efficient distribution of the COGNITUS videos has been the HEVC Turing codec, which enabled efficient UHD compression at bitrates suitable for streaming at various devices. 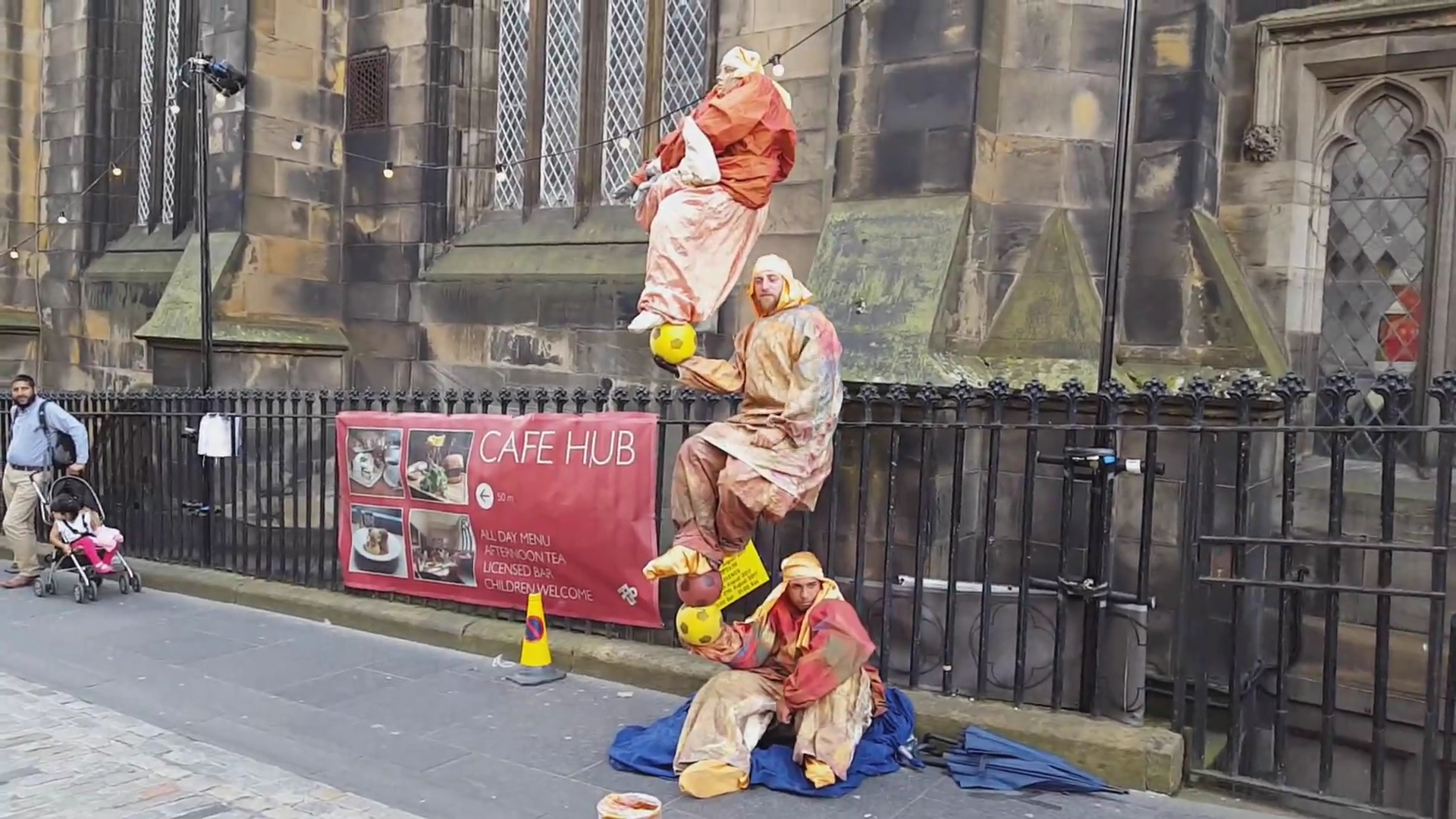 To prepare for the trial, the project partners met at a hackathon event hosted by VITEC, one of the partners, in Paris. This meant we were able to test the deployment on the BBC platform and fine-tune the integration of all the components, which included:

The videos that were produced during the Edinburgh Festival trial can be viewed on the COGNITUS website. 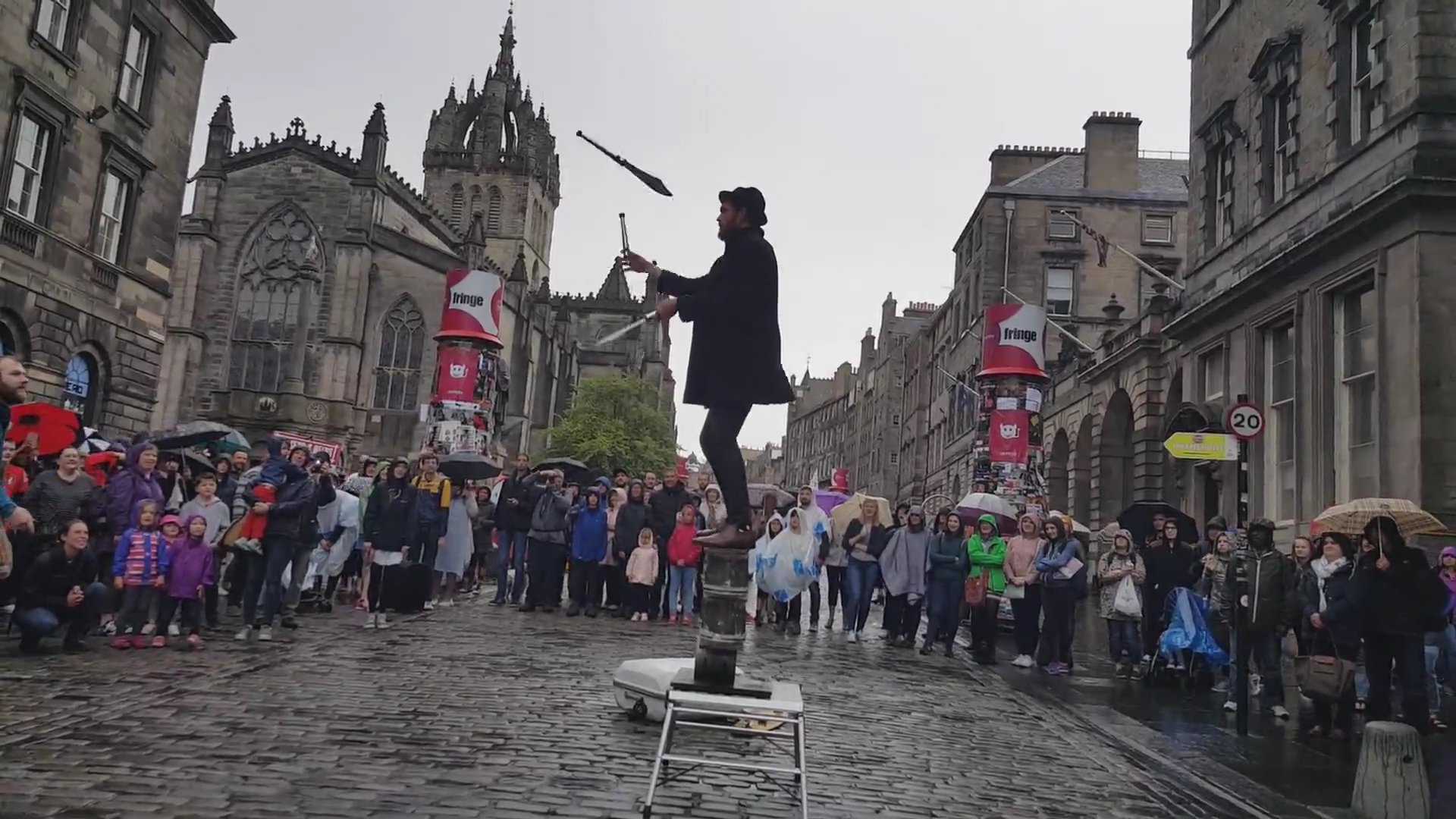 Editorial Approach and Results of the Trial

A significant effort was spent on developing the editorial plan for the trial, which was led by our content producers. The challenge to the contributors capturing footage was to give the audiences a ‘snapshot of the best of a day at the Edinburgh Festival in just 60 Seconds’. The contributors were restricted from uploading very long clips; preferably they would be less than a minute, but a maximum of 2 minutes was allowed for each. This approach provided the users with a creative challenge for their videos, forcing them to consider what they were filming and what they most wanted to share as opposed to simply shooting and uploading everything they see. It also allowed us to curate and edit the clips into fast turnaround packages of content.

The trial took place on the 16th and 17th August and 16 volunteers grouped into 3 teams toured the streets of Edinburgh equipped with Android smartphones. They were asked to consider:

A substantial number of videos (over 600) were contributed over two days via the mobile app, which triggered automated processing within the COGNITUS system on the BBC R&D cloud. The footage was submitted in a variety of formats and were all converted into one format (UHD, 50 fps) and provided to experienced producers, who were tasked with creating several outputs reflecting the different editorial guidelines provided.

As this was the first trial of its kind within the project there were significant learnings in the form of technical and logistical constraints when the system was in practical use; for example in scaling up the infrastructure for large trials, as well as in managing the expectations of various stakeholders.

The content and experience obtained during the trial are crucial for further development in the project, and we will report on them further on the project website where it is possible to find out more about the COGNITUS team and see the initial results of the trial.