We're getting early insight on the workflow processes required for making personalised interactive media at scale. Using paper and pens to understand the mechanics of planning relationships between pieces of object-based media.

The Object-Based Media Toolkit team have been running a series of workshops to introduce object-based media (OBM) to the very people we hope will adopt and adapt principles for their own work.

R&D is shifting from making bespoke experiences to supporting creators to deliver scalable object-based productions, and we see a lack of sustainable tooling as a barrier to the adoption of OBM by any potential community. We want to transfer the creation of new experiences beyond the realm of R&D engineers and into the world of craftspeople – it’s the community of practice that will explore the potential, provide us with real world use cases, and give us feedback to help develop our tools and workflows.

We planned hands-on creative sessions to support people prototyping different kinds of OBM experience. In collaboration with BBC Fusion & Connected Studio, we ran two workshops with staff from different parts of the BBC. Our workshop attendees were producers, writers, developers & architects; the brilliant people who make, publish, and support content every day through the BBC's diverse output.

We also hosted a session at the Watershed in Bristol, which was open to independent producers and developers, amogst those in attendance were teachers, lecturers, theatre directors, and VR producers.

The workshops are one of the ways we aim to support a culture of experimentation around the craft and quality of OBM in order to expand our perspective on what this technology can provide, in what ways it is valuable, and how it could be developed. As well as evangelising about OBM we wanted to gain insight about the ways in which people go about practically creating these experiences, particularly those with a diverging and converging narrative structure. The workshops were focussed on ideation of non-linear or variable narratives, imagined as drama, learning, or news experiences. The aim for workshop participants was to consider how they might express their story with diagrams, drawings, and text to illustrate all possible (and desirable) variance or adaptation; and how they would write rules to let an audience experience the most appropriate path through that story.

Stage one was for small teams of 5 to create a simple story, initiated by opening a chocolate containing a toy surprise. The toys were intended to inspire characters, events, and locations for their story. This chance element made it fun and meant the members of the team were more invested in their story rather than an example one we'd given them, because they had built it together.

We asked them to fill out a simple form to organise their devisded plot into a traditional three-act framework with a beginning, middle, & end - as a concise summary, before evolving these simple chunks into more meaningful scenes within their story. 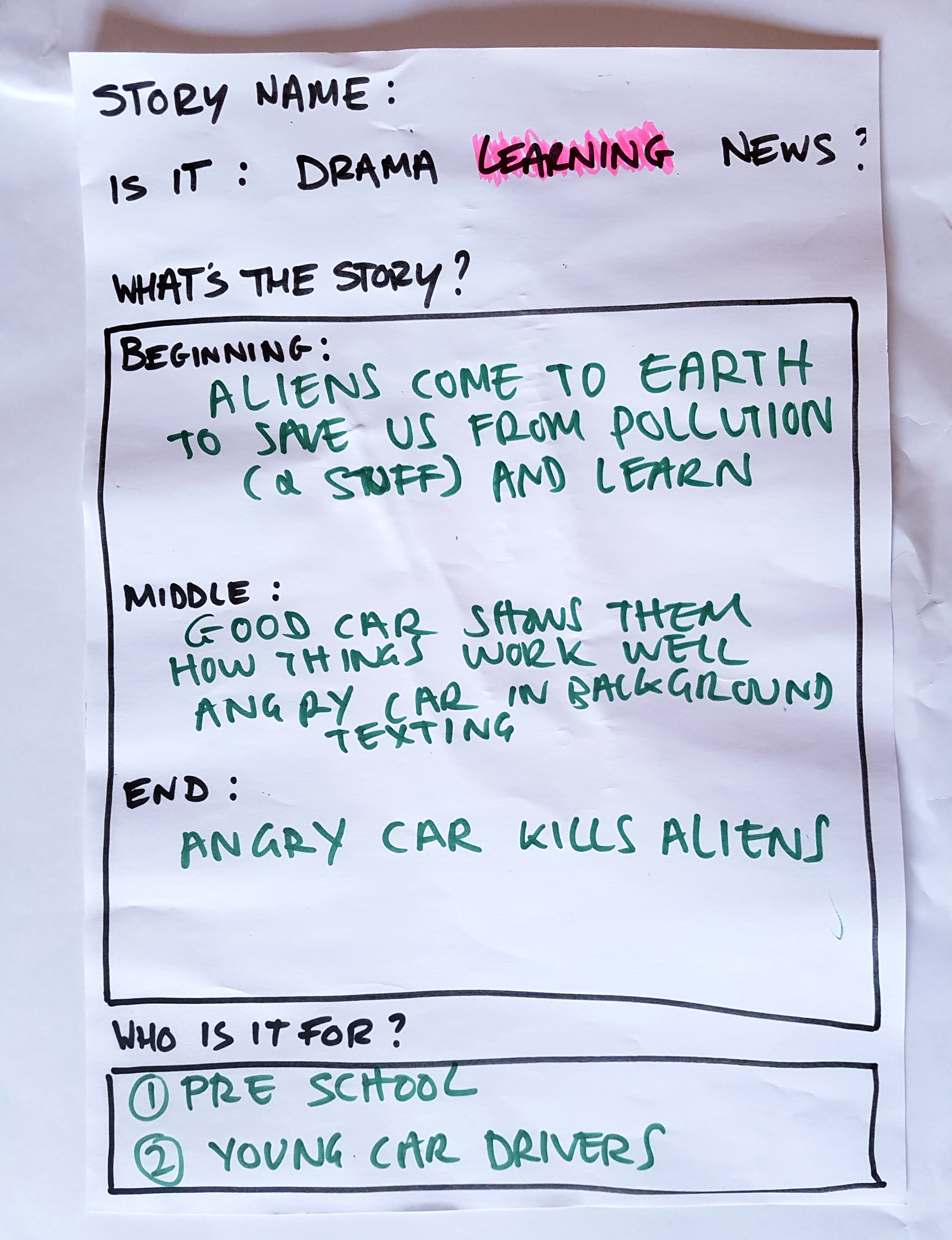 We then asked teams to think about how they might present parts of their story differently for different audience members, based on a person's context. For example - where they live, how old they are, or how they had interacted with other parts of the experience.

People organised their story elements by using post-its, and big sheets of paper. We came prepared with a set of story cards we had designed to allow people to easily lay out "blocks" of their narratives, and plot how they connect to each other. Input and output conditions could also be mapped on the cards, to map rules for how someone might experience a pathway through the story. 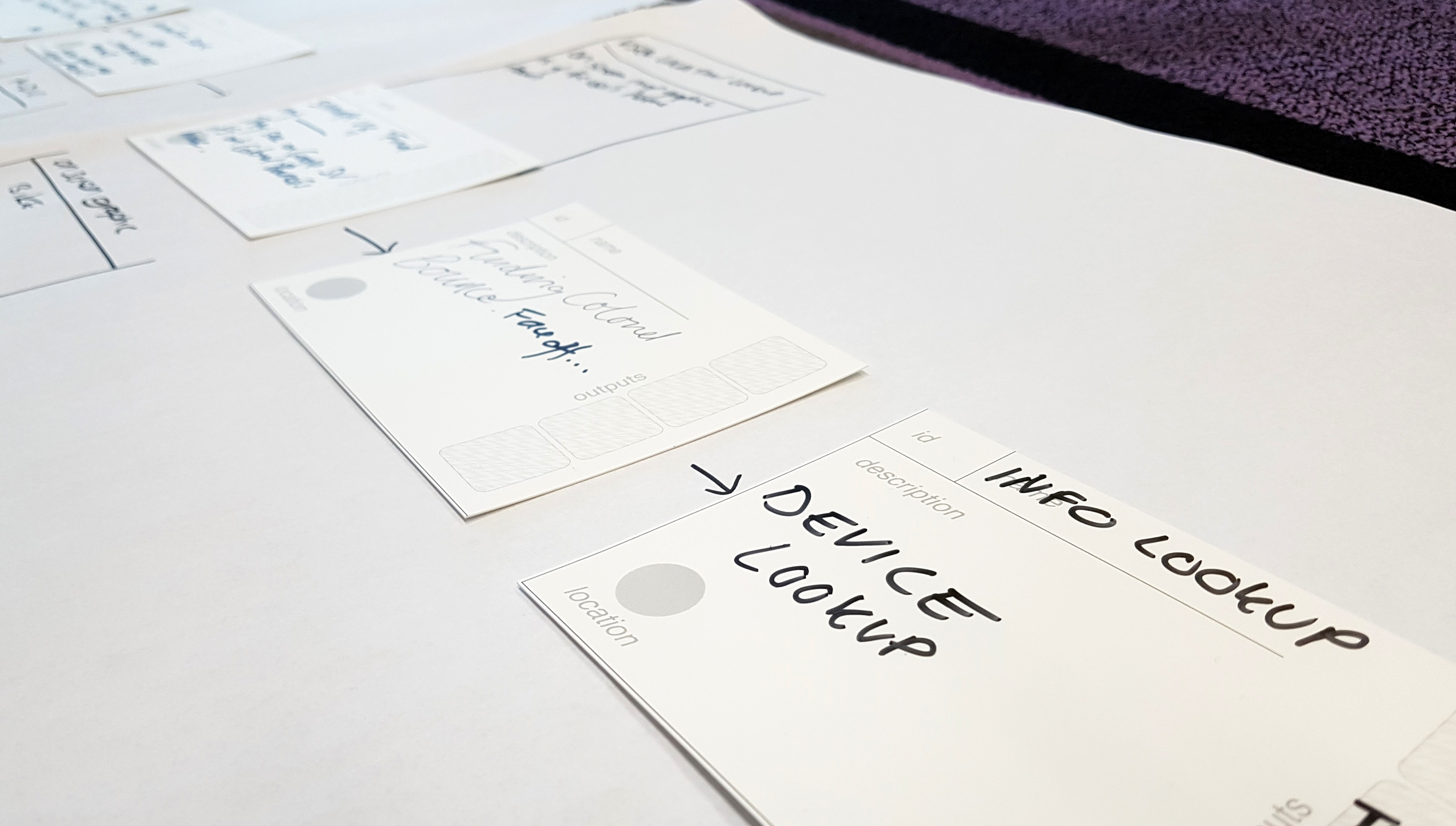 We gave groups a large amount of space, and most teams scripted their story plans using mapping conventions, either as graphs or blocks of content within columns.

One team were inspired to make a racing drama, where the forest scenery and race tracks depicted would be rendered to dynamically reflect the time of day synchronised with the audience at home, by having the race-track floodlit if it’s night.

Another chose to apply variations to coverage of an accident in a news programme, based on the age of the viewer. This story could be authored for both pre & post-watershed audiences at the same time, with media marked-up to flag grizzly details and graphic language which would be removed automatically for a younger viewer on play-out.
A third prototype story was an interactive learning experience, where you face various learning challenges accompanied by a grasshopper revision buddy. How well you do at each challenge influences subsequent parts of the programme. 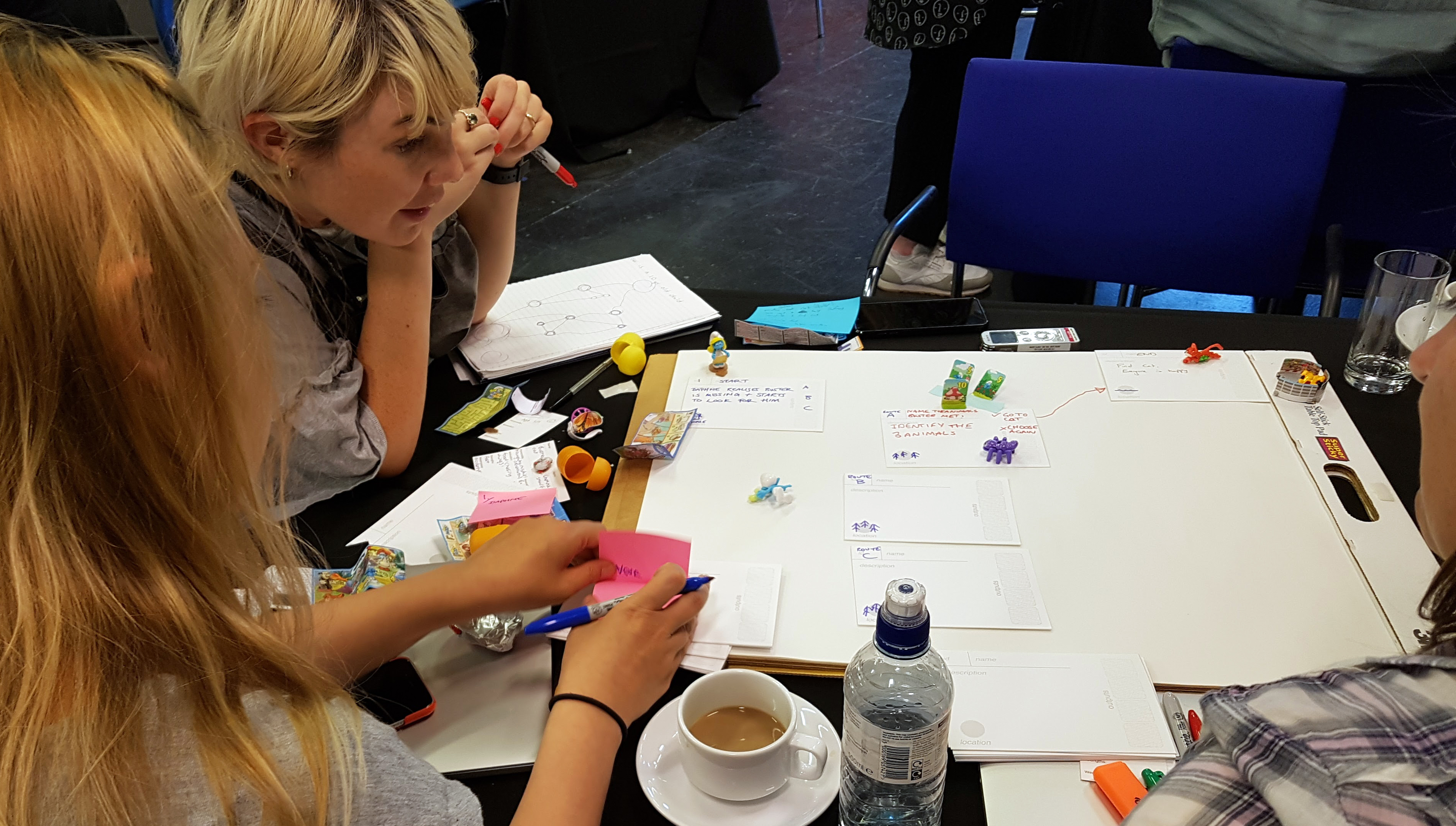 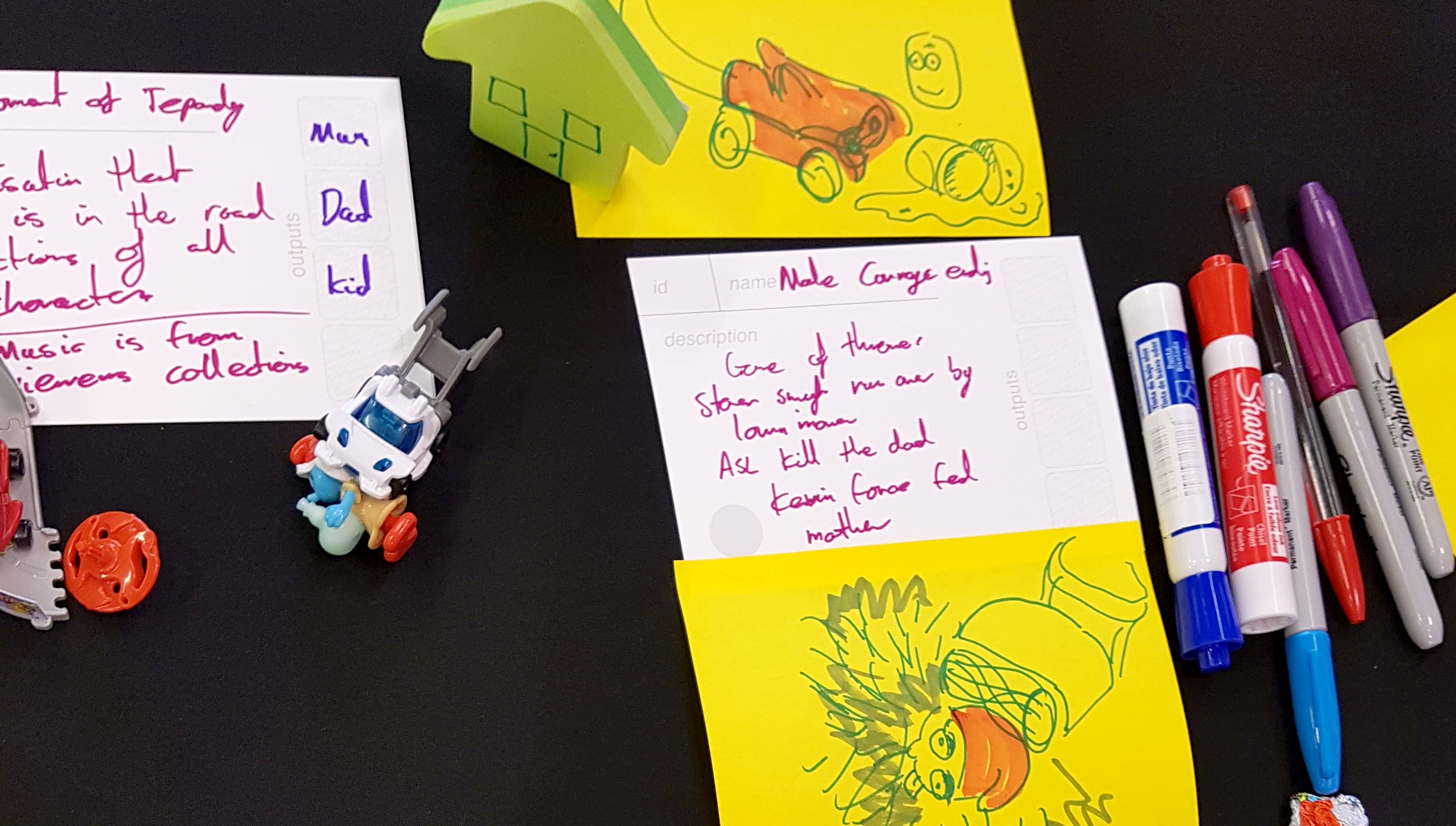 Feedback from workshop participants was incredibly positive, and we hope to engage internal teams and external practitioners in further potential collaborative work and productions. The outputs of the workshops will inform how we progress reccomendations for the creation process for OBM. We're now planning improved and evolved workshops to test and iterate the design of our embryonic software tools, dates and details for these will appear on the Object-Based Media Toolkit project page.

BBC R&D - Our Vision of the Future