For the next in our end of year review series, BBC R&D's Pete Brightwell takes a look at our work on end-to-end broadcasting via IP this year.

We've written before about our research goals for end-to-end broadcasting on IP, and the work of the IP Studio project in developing models and technologies to help make those goals a reality. (A quick summary: we propose an approach in which we treat the video, audio and data created during production as real-time objects sent over IP networks and processed and combined in ways that take inspiration from the technologies and techniques that have helped the growth of the Internet.)

As the project has matured, the work of the IP Studio team has widened to reflect the growing importance of IP in the BBC's future. While the team continues to extend our software framework, and investigate what is possible with high-performance networking, we are also building a platform that can be used by other projects that are exploring how IP can enable us to present our audiences with new experiences, and provide new types of tools for us to create those experiences.

Meanwhile, as the wider industry starts offering the next generation of IP-based equipment, and broadcasters run pilots and plan new facilities, the need for suitable specifciations and standards grows more important, and we have increased our input in this area, with significant success.

2016 has also seen increased interest in virtualisation of facilities in data centres to support "on demand" provisioning, with a number of manufacturers offering their own solutions. We are carrying out practical work on what this will mean for the BBC, and what other possiblities can be enabled through virtualisation.

Object-based production and broadcasting
Modern development tools make it easy to experiment with ideas for object-based media, but we also need some consistency on what those objects are and how tools should work with them. During the year we have created the Media Access API and Universal Media Composition Protocol which build upon IP Studio's content model to allow content to be managed and combined at a higher level and in a straightforward manner, something that traditional Edit Decision Lists certainly weren't designed for.

IP Studio's approach to object-based content is now being used by other projects:

Meanwhile, the team is continuing to develop our model and technolgies to support the requirements of future project work.

Industry developments
A year ago there were a number of different proposals competing for the next generation of industry specifications for transport and synchronisation over IP. Although this is still to some extent so, we are pleased to report that some parts of the approach that we have advocated based on our research, namely elemental flows of video, audio and data as RTP streams which can be synchronised using a common clock based on the Precision Time Protocol, are gaining support with manufacturers, and are expected to be formalised as the SMPTE 2110 series of specifications.

Last year, the Advanced Media Workflow Association (AMWA) set up the Networked Media Incubator, to enable the industry to work together on developing "the next layer of specifications", such as how devices can be discovered, connected and controlled using IP. So far, BBC R&D have been central to much of the activity of the group, and we have run two workshops, with a third workshop held at Riedel Communications in Germany. This has led to the development of IS-04, a specification for discovery and registration, based on IP Studio's work, and the first of a family of "Networked Media Open Specifications" (NMOS). Unlike "traditional" broadcast standards, which are developed behind closed doors and then published, NMOS specifcations are made public as soon as is feasible, more in line with how the Internet community works.

As the change from "traditional" broadcast to IP-based technologies can seem quite a challenge to broadcasters, many of the leading manufacturers have come together to to create the Alliance for IP Media Solutions, to present a roadmap for migration, based on the work of SMPTE, VSF, AES and AMWA, which in turn have taken inspiration from BBC R&D's input. 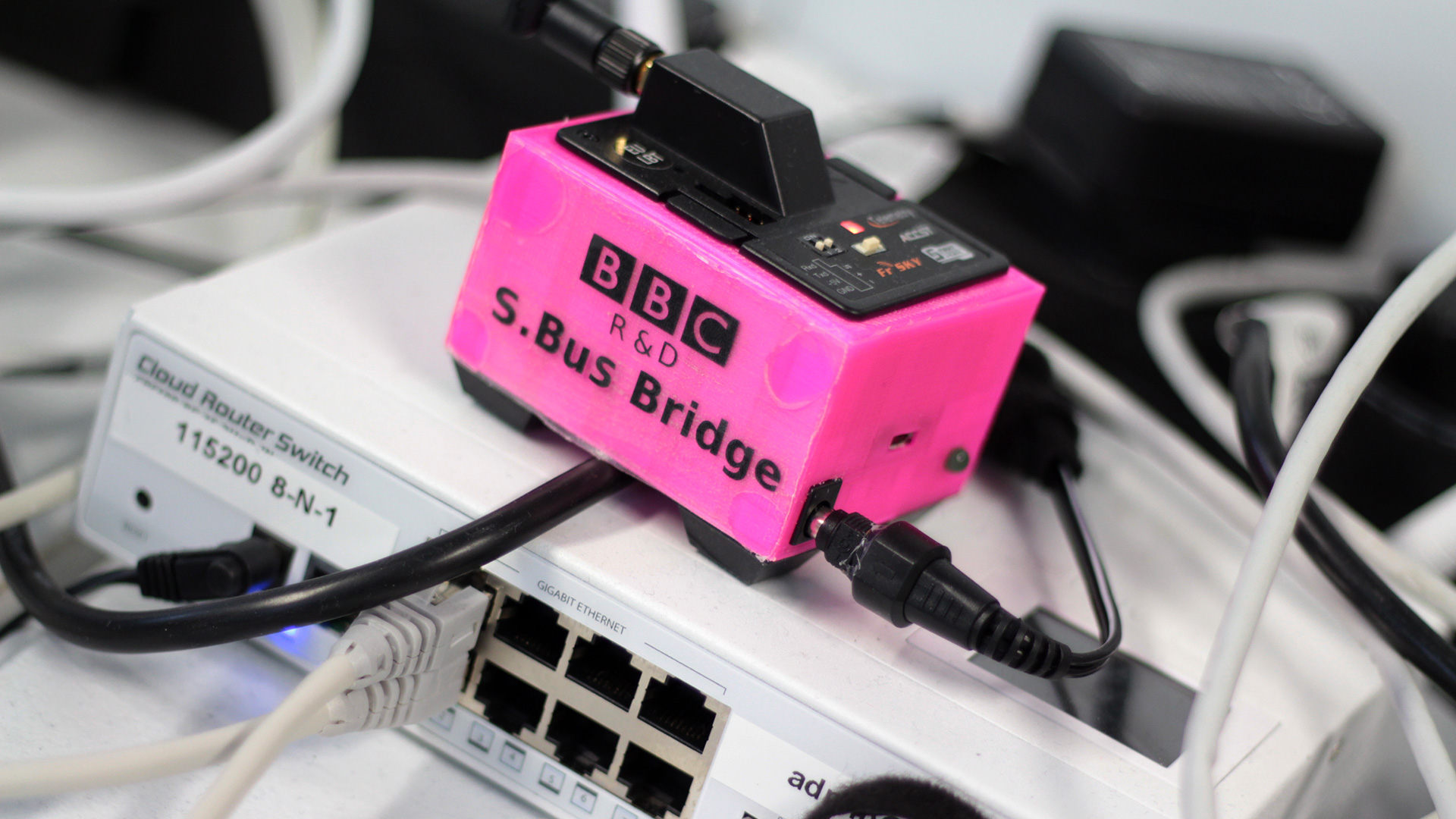 All these groups came together at this year's IBC to put on a high profile showcase of recent progress in the Interoperability Zone. About forty manufacturers (as well as us!) demonstrated systems working together on transport, timing and discovery.

We are working with other teams within the BBC to advise on what all this means to future IP facilities. Of particular note here is BBC Wales's plans to move to a new site in central Cardiff; the aim is that this will have IP at its core and this core will make use of the specifications that have come out of our engagement with industry.

A cloudy future
Although there was plenty of IP happening at IBC, what visitors saw on the exhibition floor wouldn't have looked that different to a few years ago, with dedicated pieces of equipment now featuring network connections. However, visitors were starting to hear more about virtualisation, where some of those pieces of equipment could be deployed on demand in a data centre -- which might be on their own premises or owned by a cloud provider. The broadcast industry (including BBC) is already making significant use of virtualisation and cloud computing for distribution over IP, and also in the post-production industry, but it's still quite rare for live/studio production, and raises questions of how to deal with the vast quantities of real-time content efficiently.

To help us inform the BBC's future strategy on virtualisation, we have built a test-bed at our North Lab. This based on OpenStack and other open-source technologies, and allows us to deploy IP Studio components on demand within a virtual machine or software container. The aim is to support both provisioning productions at scale within a data centre, on on location at events ("cloud-in-a-box").