We came, we saw, we connected! A roundup and report on BBC R&D's activities at this year's MozFest which took place recently.

Image above of Mozfest 2016 (cropped) by Mozfest on Flickr, cc licence.

The Mozilla Festival is a unique festival, and our special role adds a significant amount to an already fully packed lineup. Mozfest celebrates the open web and everything which shares the open participatory culture of it. It is organised by the Mozilla foundation, a non-profit part of the Mozilla Corp, better known for the Firefox browser.

My role as a space-wrangler is vast and is closer to running your own conference. I have the responsibility to set a theme for the space. The theme always follows our research aims, this time being dilemmas in connected spaces. Exploring data ethics and policy through our ever growing connected devices and environments.

Everything is selected and scheduled, be it workshop or exhibit and each is submitted through the open call we published earlier in the year. This is a tricky process requiring a lot of time, especially with a record number of proposals from at least 12 different countries. Mozilla keep things on track by putting everything in the open using a public Github, to make sure facilitators (people who propose the workshop) are in the loop. There are a lot of video conference meetings with facilitators, other space-wranglers and Mozilla. It seems unthinkable, but all that chaos comes together to make a great festival.

I wanted to highlight some workshops involving our research partners.

SenseMe, ConnectUs: a hands-on exploration of issues with the IoT 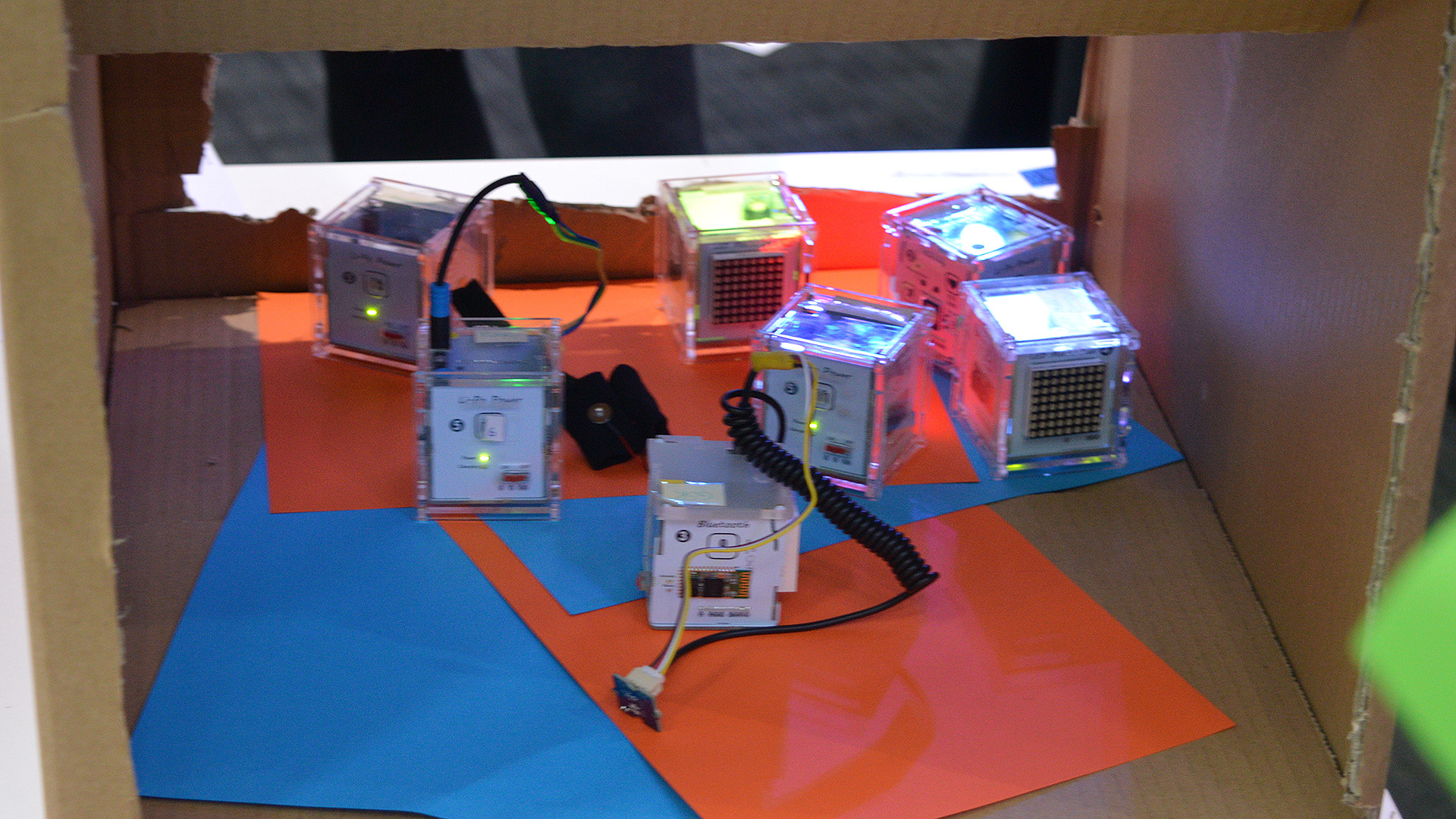 Susan from UCL's Interaction Centre ran a session using the ConnectUs toolkit to think about designing experiences for a future with internet connected devices. The toolkit involves connected cubes which really make the process tangible, even for those who may not have experience with connected devices beyond their mobile. 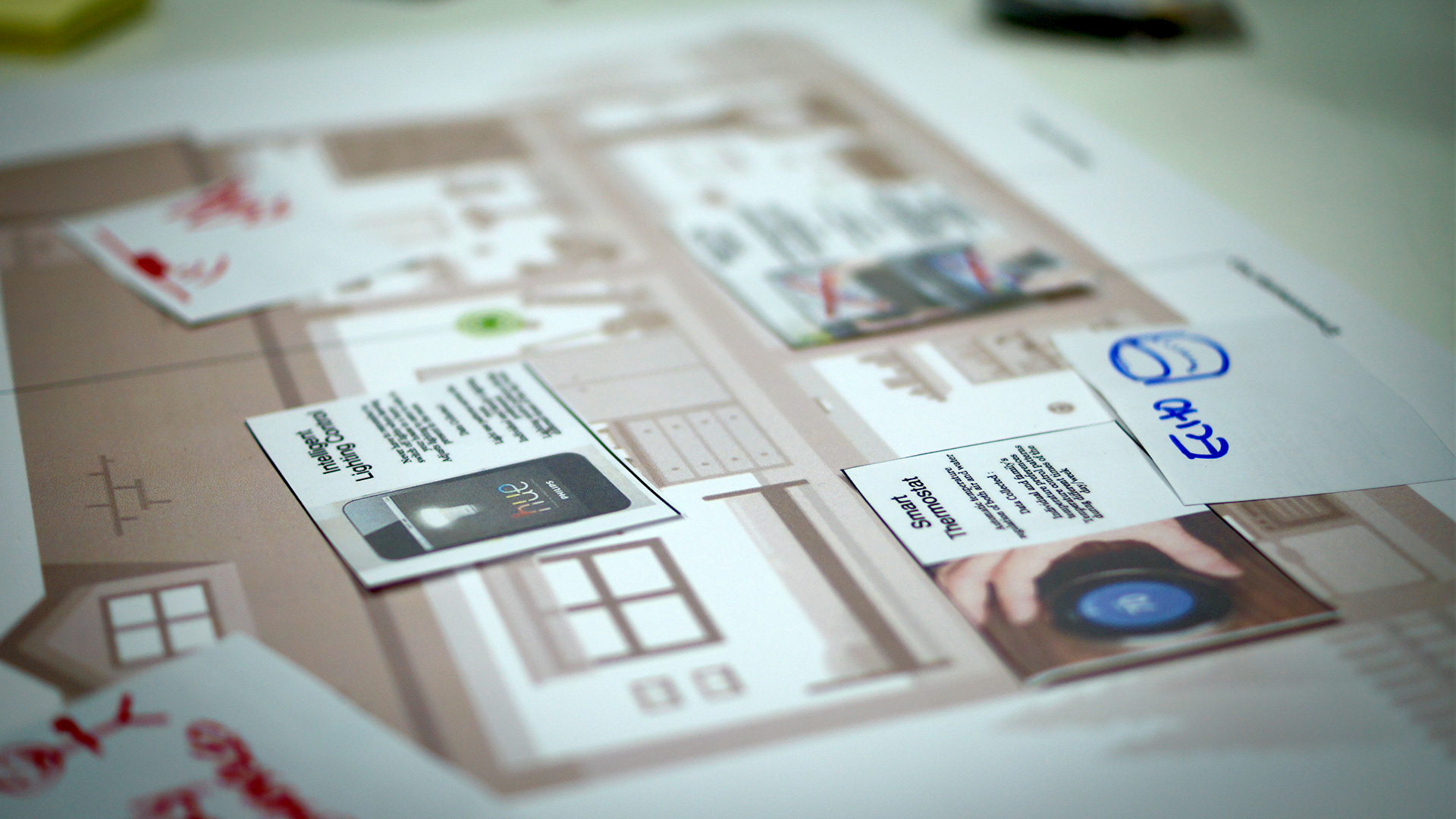 Image above of Mozfest 2016 (cropped) by Jon Tutcher on Flickr, cc licence.

Neelima from Nottingham Uni and Rhianne from BBC R&D were surprised with the large turnout for their workshop. The workshop focused on designing usable privacy solutions while interacting with connected systems. The practical nature of the workshop meant people who attended were forced to think about their own interactions and what they could take away today. Neelima and Rhianne are both working on solutions for the future. 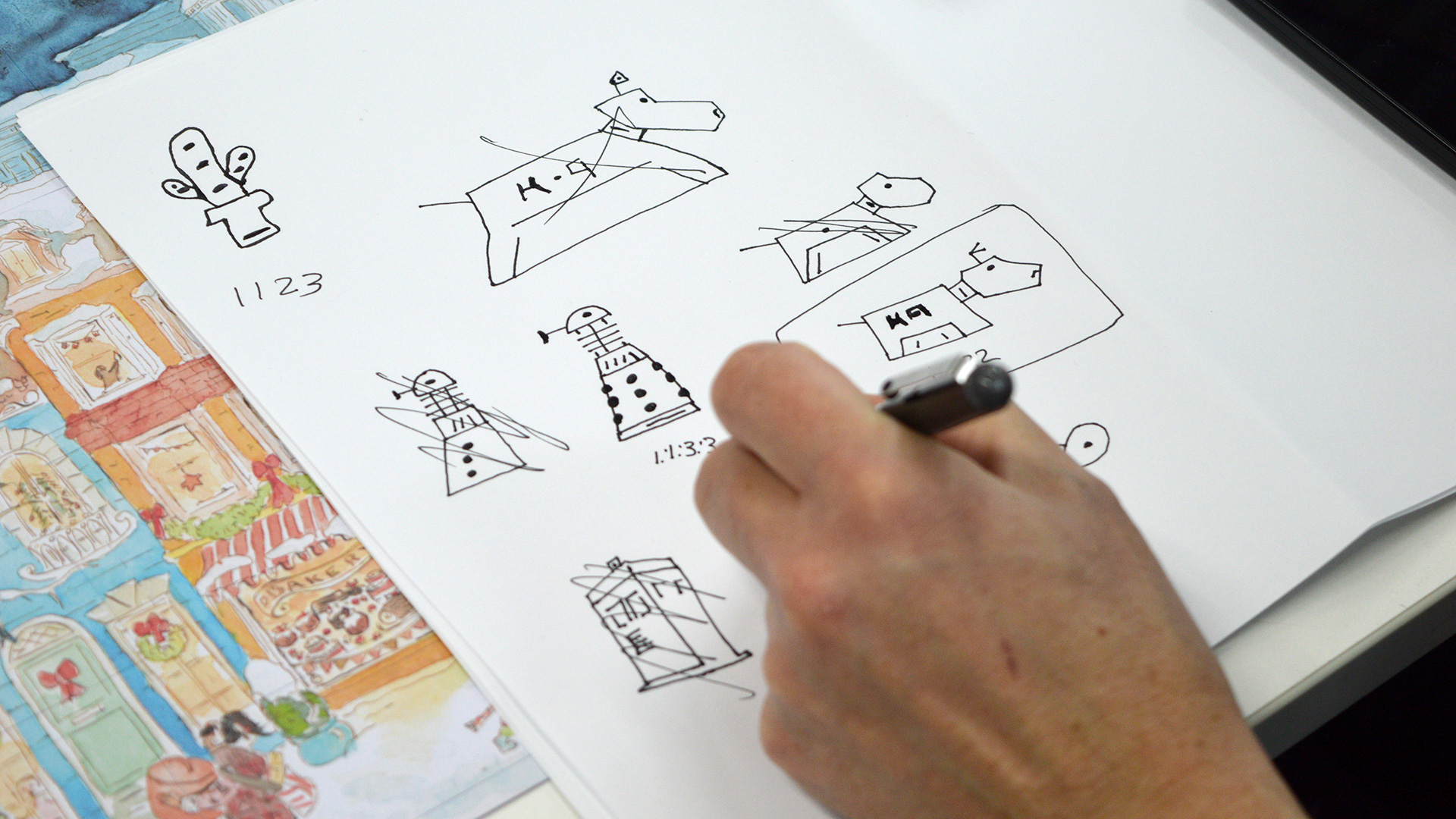 BBC R&D have been exploring a future involving broadcasting through objects with Nottingham Uni. Part of the work involves understanding the capabilities and human reaction to these objects through gifting. With Nottingham Uni, we have been using Artcodes which act like shortcuts into media, similar to QR codes in nature but which look like a piece of media. They can even be drawn by hand.

Broadcasting through objects didn’t stop at just a workshop, there were also two exhibits. One exploring Artcodes as wallpaper (shown in the main image above) and wrapping paper with the Tate. The other as part of a physical game (stalkers), which was played across the whole festival by people finding clues using the striking stalker mural. This was aided by our new R&D Bath University placement students.

It's a great open technology (open source with no patents) and we have just started exploring what the possibilities are to extend the reach of broadcast using them. 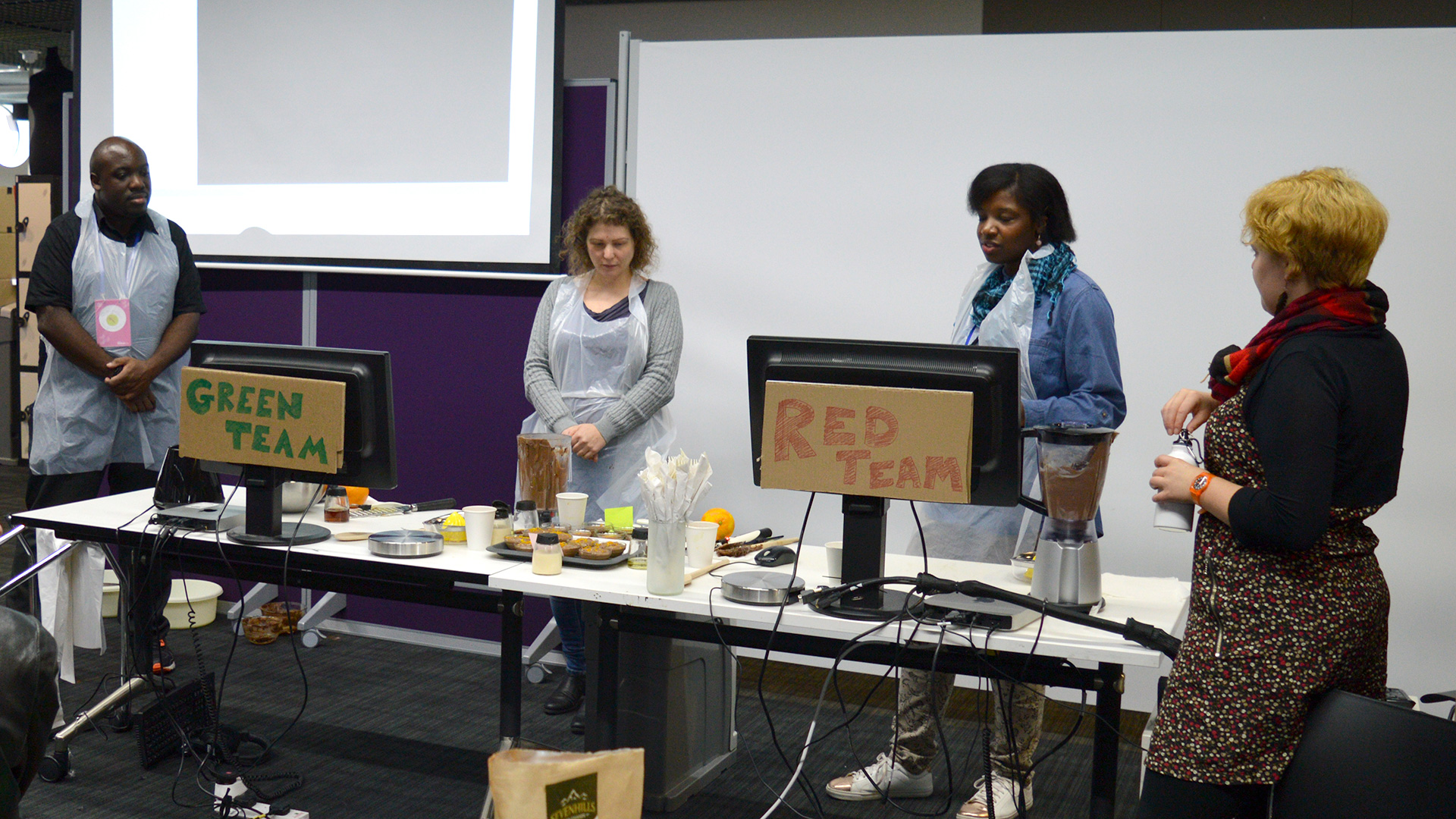 Databox is a project we have with Nottingham University. It is a platform for managing secure access to data and enabling authorised third parties to provide the owner authenticated control and accountability. Because it is an open platform, it's perfect for prototyping real scenarios.

One such scenario is taking one of the recipes in our CAKE project (Cook Along Kitchen Experience) and guerilla testing how users would react if the devices drove the experience instead of the user?

We wired up cooking utensils, mixers and spoons with Bluetooth sensors; hooking them up to an instance of Databox we prepared a special version of the chocolate pot recipe expecting input from Databox - not the human cook. In our make-shift smart kitchen of the future in the middle of Mozfest, we recreated Ready Steady Cook with Jasmine as the host and myself technically helping the two willing cooks (Gloria & Anna). After they had finished came the tasting and of course the all important vote. It was close as everyone agreed the chocolate pots were good but Anna’s modification to the recipe won by a few votes. 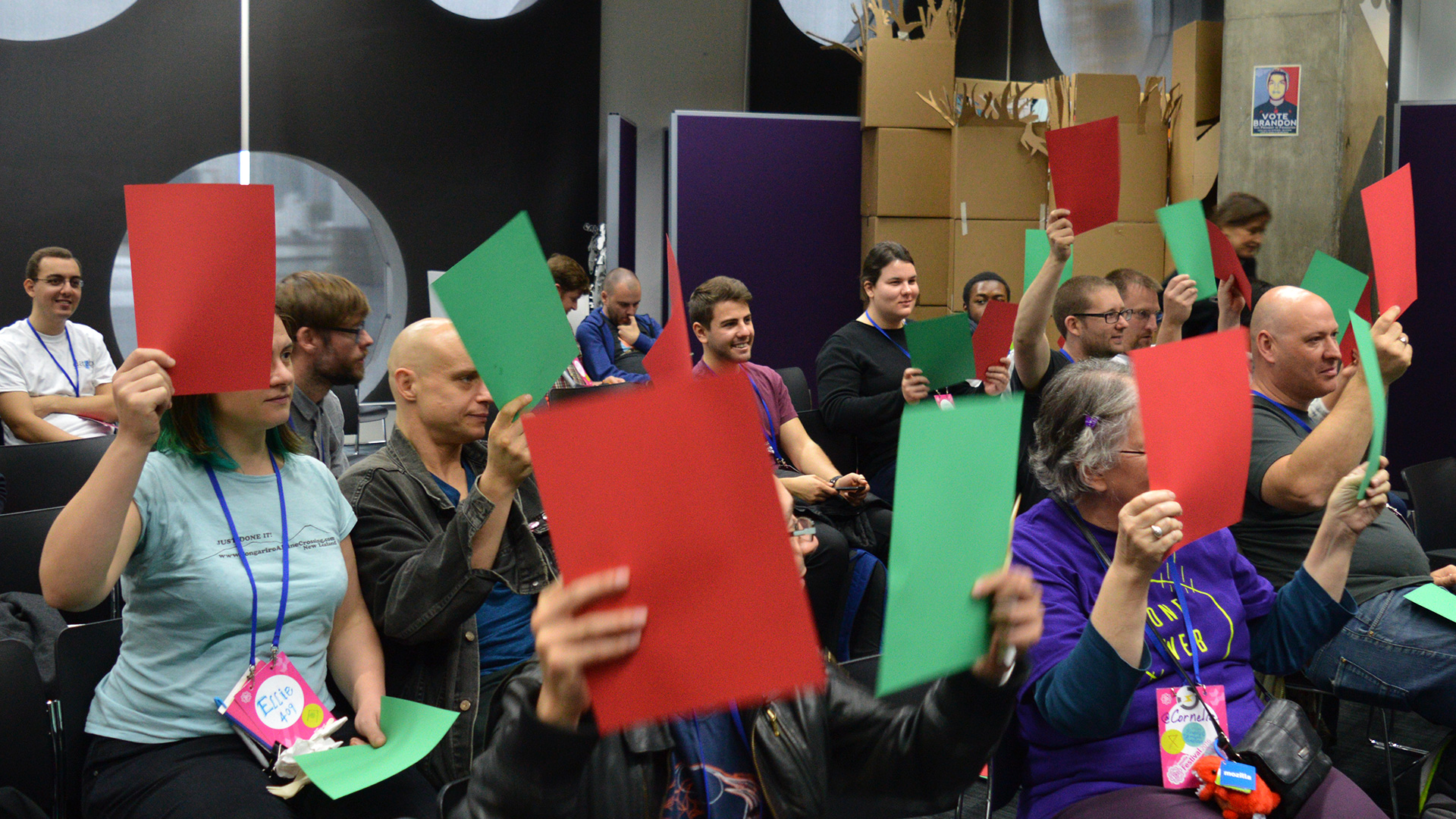 The experiment mainly worked with a some nudging from the Databox team (James) and the feedback was good from the cooks and audience who had been watching Gloria’s screen all the way through. It was impressive to see how far we got without any algorithms.

After the cooking experiment and all the chocolate pots had been eaten, the Databox team ran a session explaining Databox and encouraging developers to try building an app using Databox. 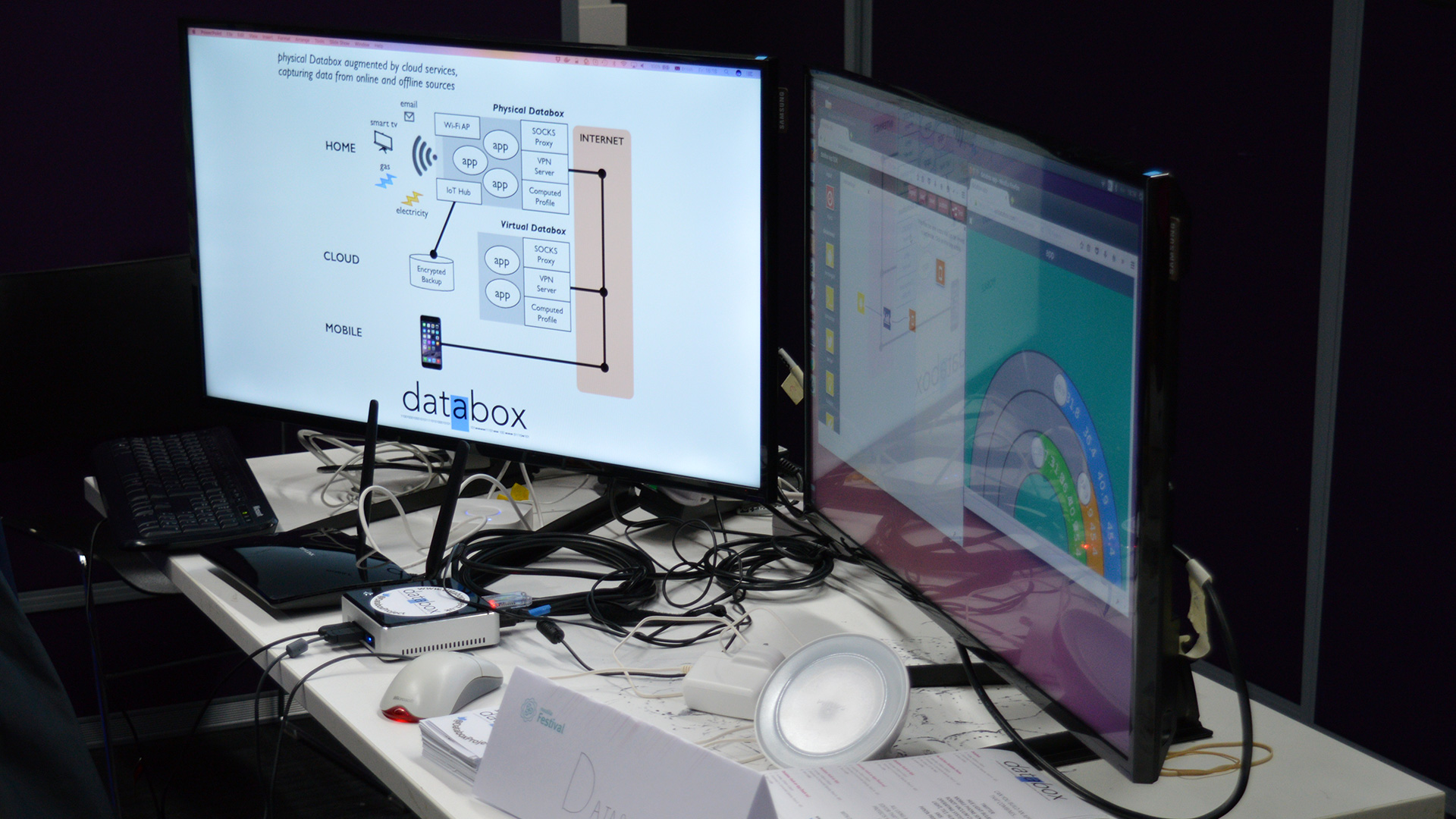 Quite a few apps were made in this 1 hour session which included a detailed talk about what Databox was, the scope of the project and the benefits to the users. Developers could see the benefit of off-loading data brokering and policy to the Databox, especially when dealing with devices and web-services. This was followed up with a number of hack sessions throughout the weekend. On Monday the Databox project was officially launched at the IET London; with a lot of references to the activities in Mozfest a day earlier. I even had the joy of taking part in a panel talking about the experiences of 2 days earlier. 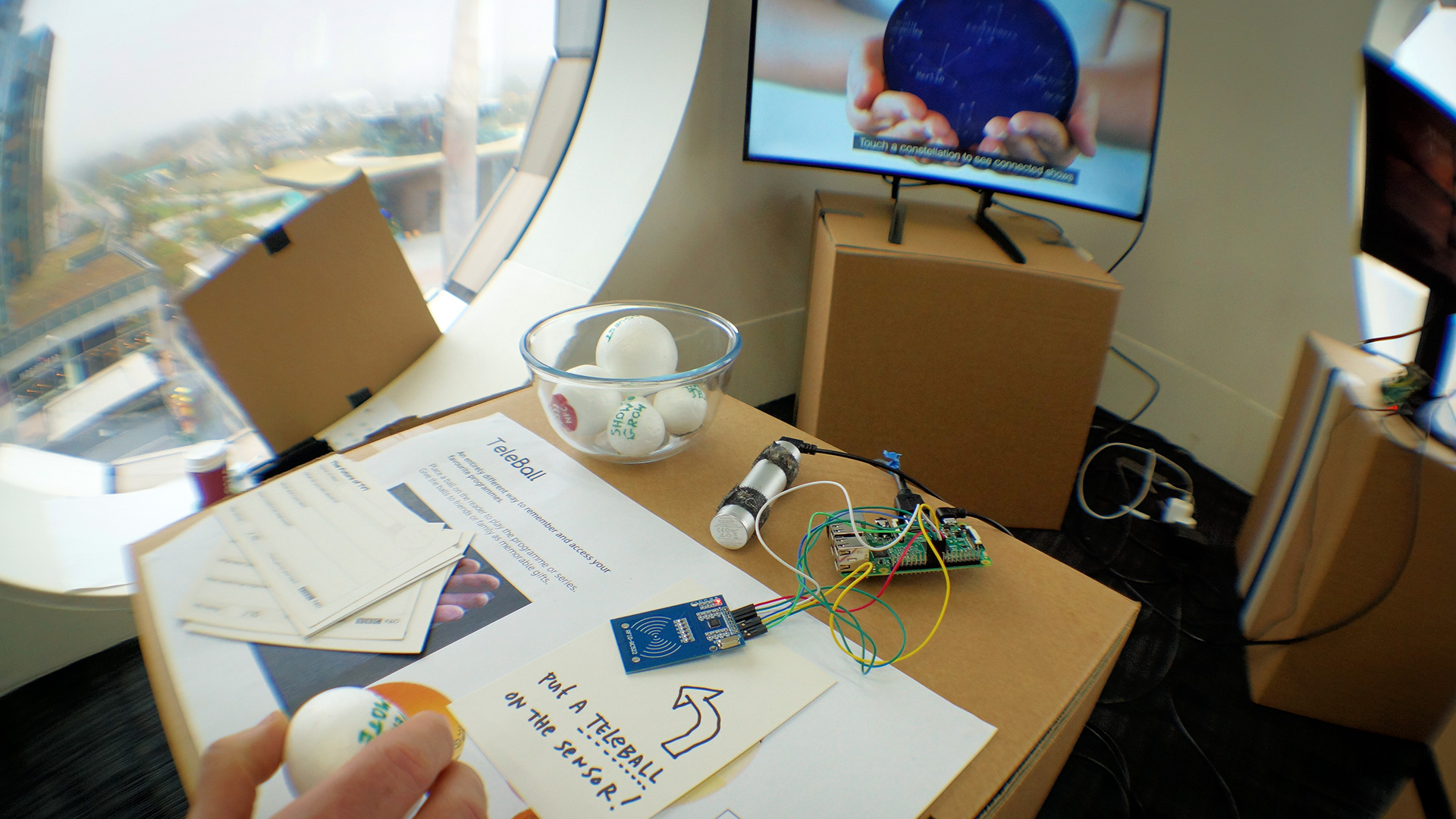 Image above of Mozfest 2016 (cropped) by Jon Tutcher on Flickr, cc licence.

Other R&D colleagues Libby, Henry and Tim; also ran a exhibit/workshop reimagining, rethinking what would TV be like if it were…? - where they brought together a number of research strands over the past year into a showcase format with open questions and answers from the tech savvy crowd.

There were many great workshops and exhibits in the Dilemmas in Connected Spaces zone and far more in the greater Mozfest. The close ties with our research agenda, community focus and open ethos of the festival makes it a perfect fit.

Big thank you to the festival organisers, my co-space-wranglers, the workshop facilitators and participations. Keep an eye out for the 2017’s open call in the new year.

BBC R&D at previous MozFests in:

Pictures (other than those already credited) by cubicgarden on Flickr, cc licence.