It's been too long since our team's last blog post about High Dynamic Range (HDR), but that certainly doesn’t mean that nothing much has happened – far from it. In fact, there’s some very exciting news to report.

Last week a meeting at the ITU in Geneva took the next step to publishing a Recommendation and a Report for HDR Television Programme Production and Exchange by sending the proposals for approval. Such standards are essential to allow equipment from different manufactures to interoperate, and to allow broadcasters and programme makers to exchange content in a common format that they all recognise and their equipment understands. Similar standards exist for high definition and standard definition television, and such standards are essential in order to support the highly complex infrastructure necessary to make programmes and deliver television services.

It will take time before the final approved document is published as an ITU-R Recommendation, because such a new technology needs time for careful checking and testing by national Administrations. But the submission of the proposals for approval is a real milestone, and paves the way for the wide scale adoption of this transformative new technology.

Whilst the ITU-R provide the television signal specifications, other standards bodies are responsible for ensuring support of those signals in professional and consumer equipment interfaces, video compression standards and broadcast and IP distribution standards. So to ensure we can make both live and pre-recorded HDR TV programmes, we’ve been active in very many other standards bodies.

We've been working with the Joint Collaborative Team on Video Coding (JCT-VC) to standardise the required signalling in ITU-T H.265 (HEVC) video compression, which allows both “backwards compatible” and “non-backwards compatible” modes of operation for the HLG solution. The backwards compatibility is key for broadcasters as it allows a single UHD TV programme feed to serve both the new HDR enabled UHD TV televisions, as well as standards compliant standard dynamic range (SDR) UHD TVs that have already been purchased. It will also save us money in TV production as only critical monitors need to be HDR capable, the vast majority of monitoring can continue to use SDR monitors and PC screens.

Through much of last year we worked with the Society of Motion Picture and Television Engineers (SMPTE) on their HDR Ecosystem report and will be working with them in future to ensure that HDR video can be passed around a broadcast facility.

Work has started at the Digital Video Broadcasting (DVB) group which produce the standards for distribution to the home which are used in the UK by Freesat, Freeview, Sky, Virgin Media and YouView.

To support our work with the various standards organisations and industry bodies, we undertook scientific testing of our proposals, both in house and in collaboration with the European Broadcasting Union (EBU). Tests have been performed to prove the required non-linear transfer function settings and the required changes to the video signal to maintain artistic intent when being viewed in a non-reference environment.

To successfully demonstrate the concept of HDR and the technical capability of Hybrid Log Gamma we needed some compelling content. To that end we: 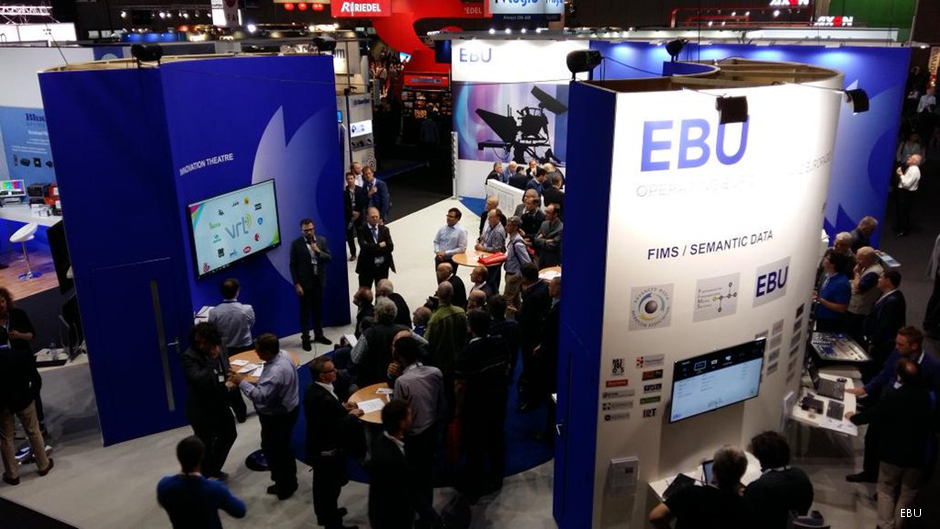 Over the past year we’ve demonstrated and supported others' demonstrations of HDR video at quite a few events.

As discussed in the last blog post, we helped SES and Samsung demonstrate HDR video at an event in London and at their Industry Days in Luxembourg.  This was the first satellite broadcast of HDR video.

We provided content for LG to use in the first terrestrial broadcast of HDR video at the European consumer electronics conference IFA in September (it was the first time we had seen the content displayed on an OLED screen).

At the International Broadcasting Convention in September we were invited to demonstrate a live production environment on the EBU stand. We showed the converted camera from the One Show studio tests, being live mixed with pre-recorded HDR material (Edinburgh Tattoo, America’s Cup, Fireworks etc.) and “The Great British Bake Off” - a non-HDR HD production converted in real-time for display on an HDR screen.

Also at IBC, we provided content to a number of stands who were interested in showing their new HDR-enabled products.

During the last year we’ve been greatly encouraged to discover other organsiations taking our ideas and trying them out.