My name is Justin Mitchell. I’m a Principal Engineer at BBC R&D and I’m going to tell you about the NICAM Codec replacement project.

The BBC national radio services are carried from Broadcasting House in London to the 220 radio transmitter sites around the country using an audio coding system called NICAM 3. The radio services that are carried over the NICAM distribution system are: Radio 1, Radio 1 Scotland, Radio 2, Radio 3, Radio 4, 5 live and Radio 4 Long Wave.

The NICAM distribution system also carries the RDS data. This will enable the radio in your car to automatically retune when you can get a better signal from a different transmitter. It will also display the station name (for example “Radio 1”) and the current song name (for example “Now Playing: Coming With You by Ne-Yo”). RDS will also indicate when a travel announcement is being made on BBC local radio so that a radio can switch to the travel announcement at the right time.

The output of these coders are listened to by about 61% of the UK population (35-40 million people) each week. 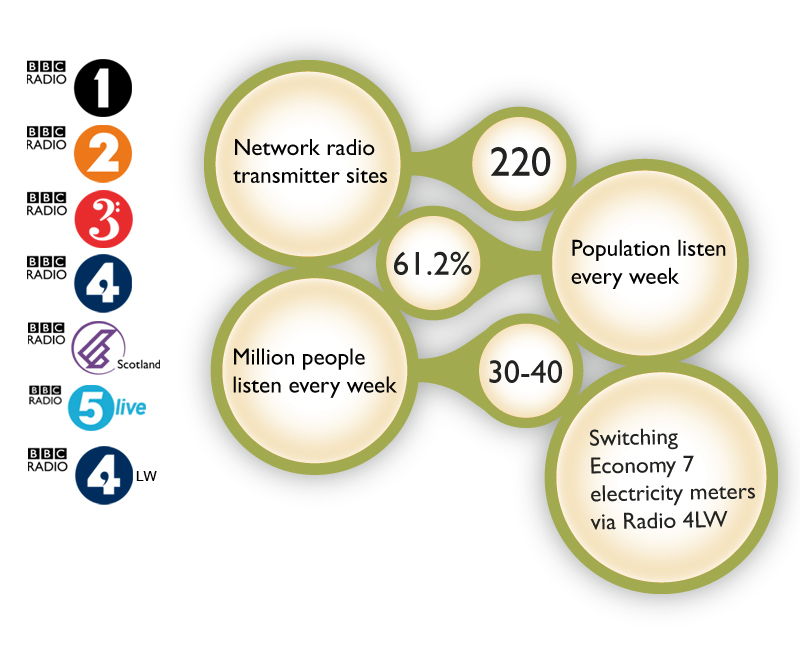 In addition, the signalling information for switching Economy 7 electricity meters is carried on Radio 4 LW. So these coders also enable you to have cheaper electricity. 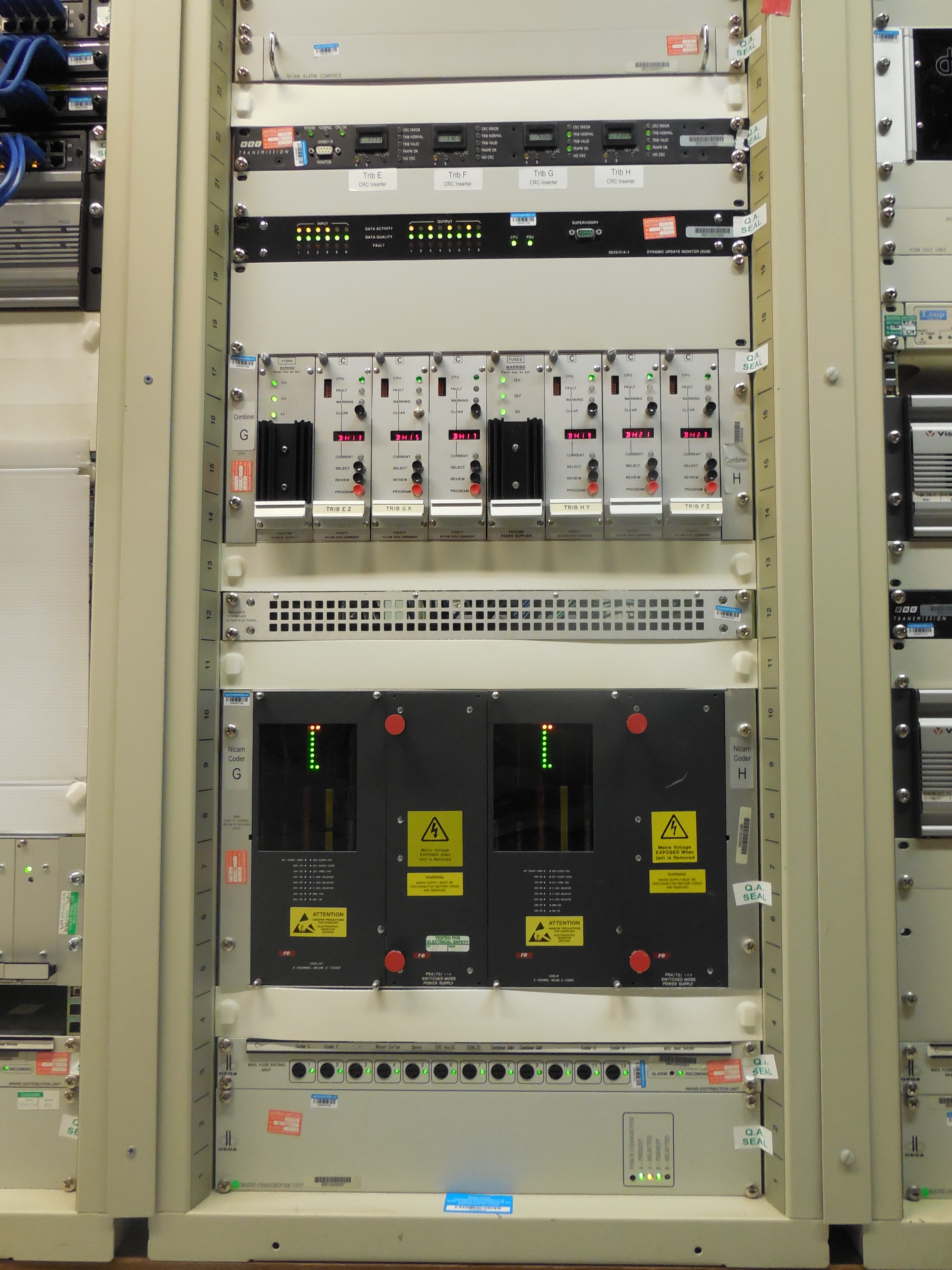 Here's the new coder we made. It replaces the 3 data combiners (which combine the RDS data with the transmitter control information), the 6-channel audio coder, the CRC inserter, the CRC checker, the 6-channel audio decoder and the 3 data splitters (which separate the RDS data and transmitter control information). It also includes the NICAM test waveform generator. 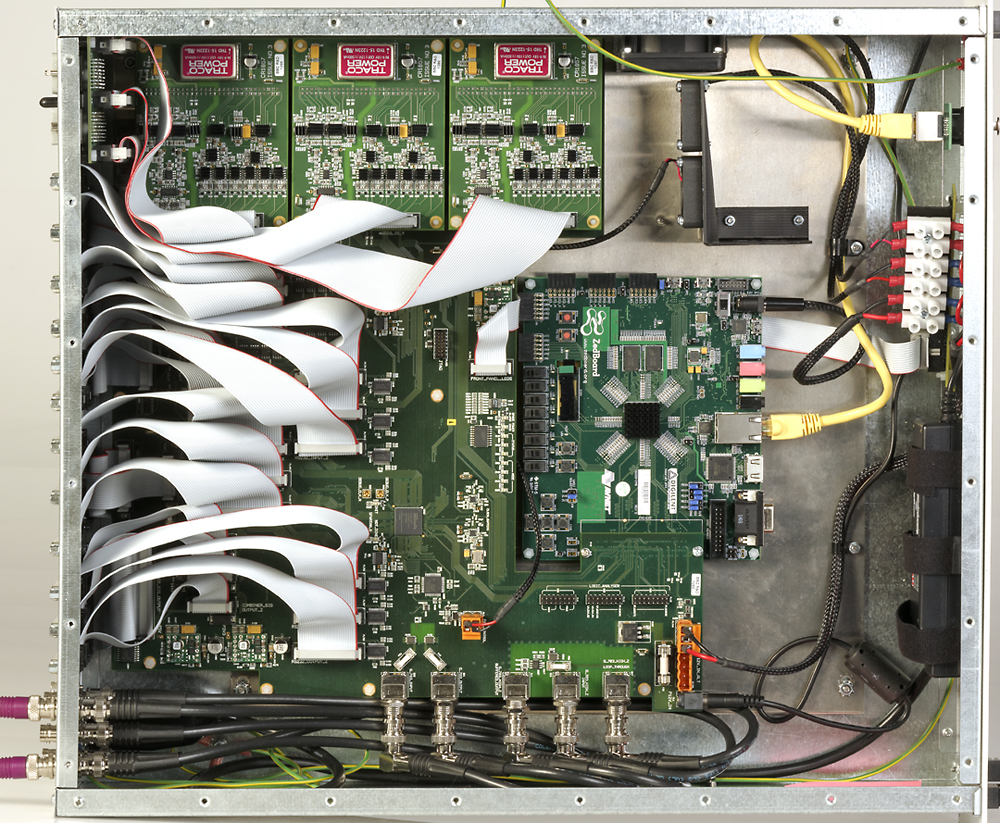 The heart of it is a Xilinx Zynq chip which contains both FPGA fabric and an ARM processor. As part of making the unit, we had to ensure it complied with all the relevant European directives so that it could be CE marked. We had the Codec tested for both safety and EMC.

We installed the new equipment overnight on 20 November 2015 and it went live across the country at 4:15am. Here is the equipment installed in the basement of New Broadcasting House: 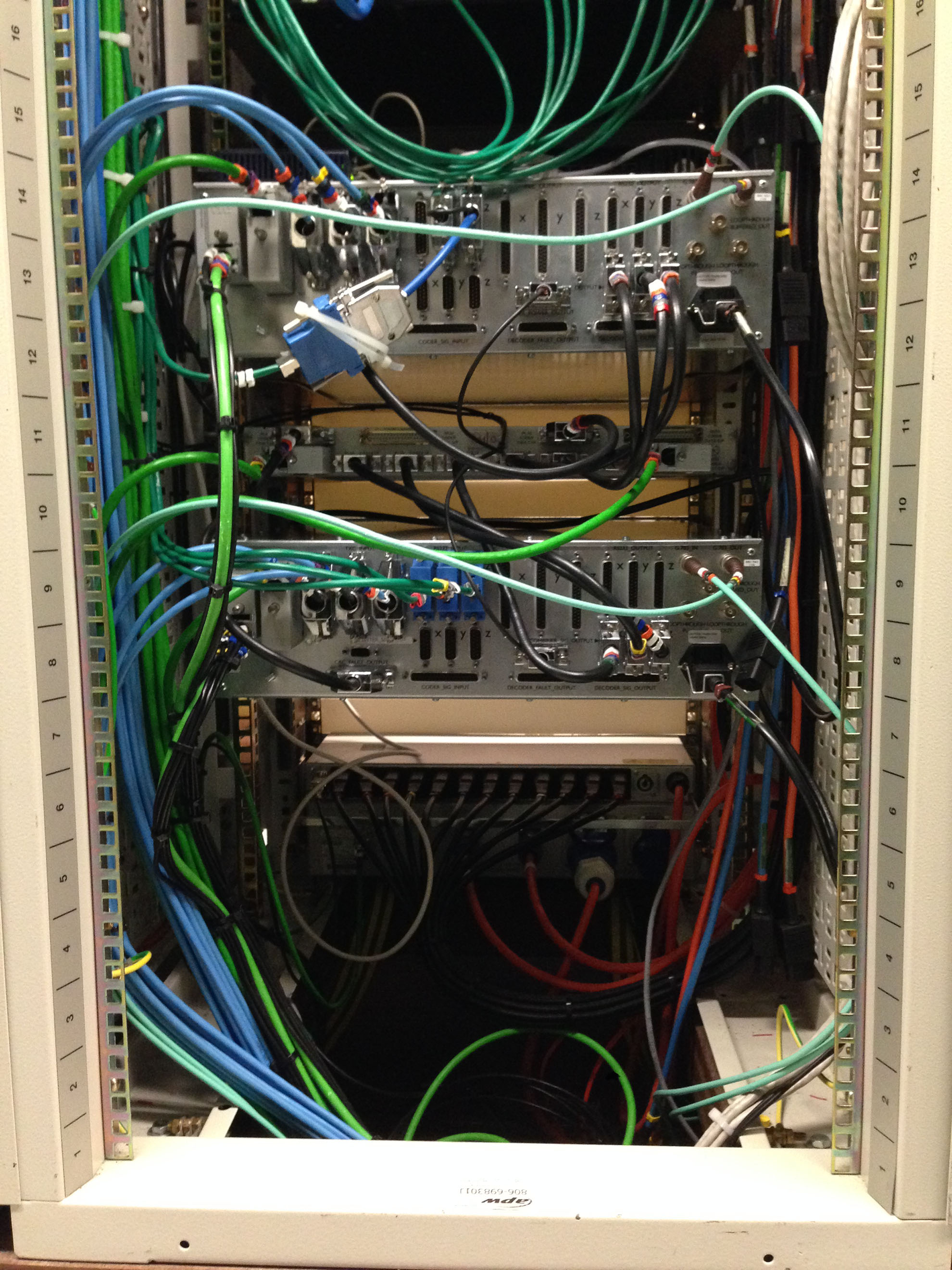 The next morning, when millions of people woke up and listened to the BBC national radio services, nobody noticed that anything had changed. For a technology change project this is an excellent result.

I hope you enjoyed that little insight into one of the ways that R&D ensures that the BBC’s content stays on air.