This year at the IBC in Amsterdam, BBC R&D will demonstrate the latest results of the THIRA project – an Innovate UK co-funded collaboration - on compression of Ultra High Definition Television (UHDTV) content using an optimised software encoder based on the High Efficiency Video Coding (HEVC) standard.

UHDTV refers to a new video format specified in ITU-R Recommendation BT.2020. Two spatial resolutions are standardised: 3840x2160 pixels/frame and 7680x4320 pixels/frame, both of which are integer multiples of the 1920x1080 (HDTV) picture size. Temporal resolutions for UHDTV are up to 120 frames per second (fps) and only progressive scanning is allowed. Pixel and picture aspect ratios are assumed to be square and 16:9, respectively, similar to HDTV. The volume of data associated with UHDTV signals could be up to eight times that of HDTV and therefore efficient new compression technologies such as the one specified by the HEVC/H.265 standard will play a critical role in the delivery of UHDTV services. 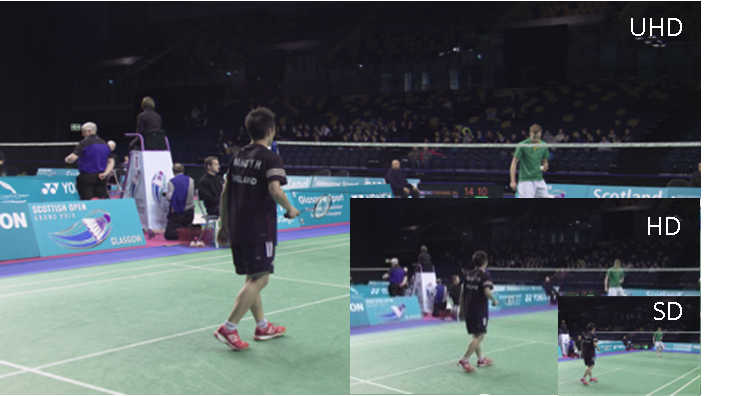 HEVC/H.265 is the result of a joint partnership between ISO/IEC MPEG and ITU-T VCEG called Joint Collaborative Team on Video Coding (JCT-VC). Version 1 of the standard was finalised in January 2013 and proved to outperform its predecessor Advanced Video Coding (AVC)/H.264 by providing up to 50% bitrate reduction for the same perceived video quality on HD material and, for UHD content, the bit rate saving is found to be even higher. As expected, this improved compression efficiency comes at the expense of increased computational complexity, especially on the encoder side. Considering the reference implementations for AVC (JM) and HEVC (HM), it is estimated that an HEVC encoder can be up to 4 times more complex than an AVC encoder. Therefore, any practical implementation must optimise HEVC coding to achieve the ultimate goal of reducing the encoder complexity to a manageable level without noticeably sacrificing the compression performance. 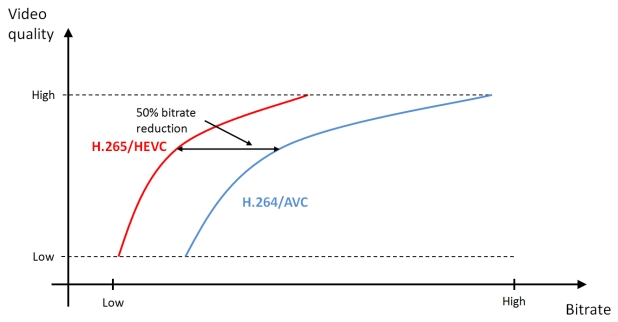 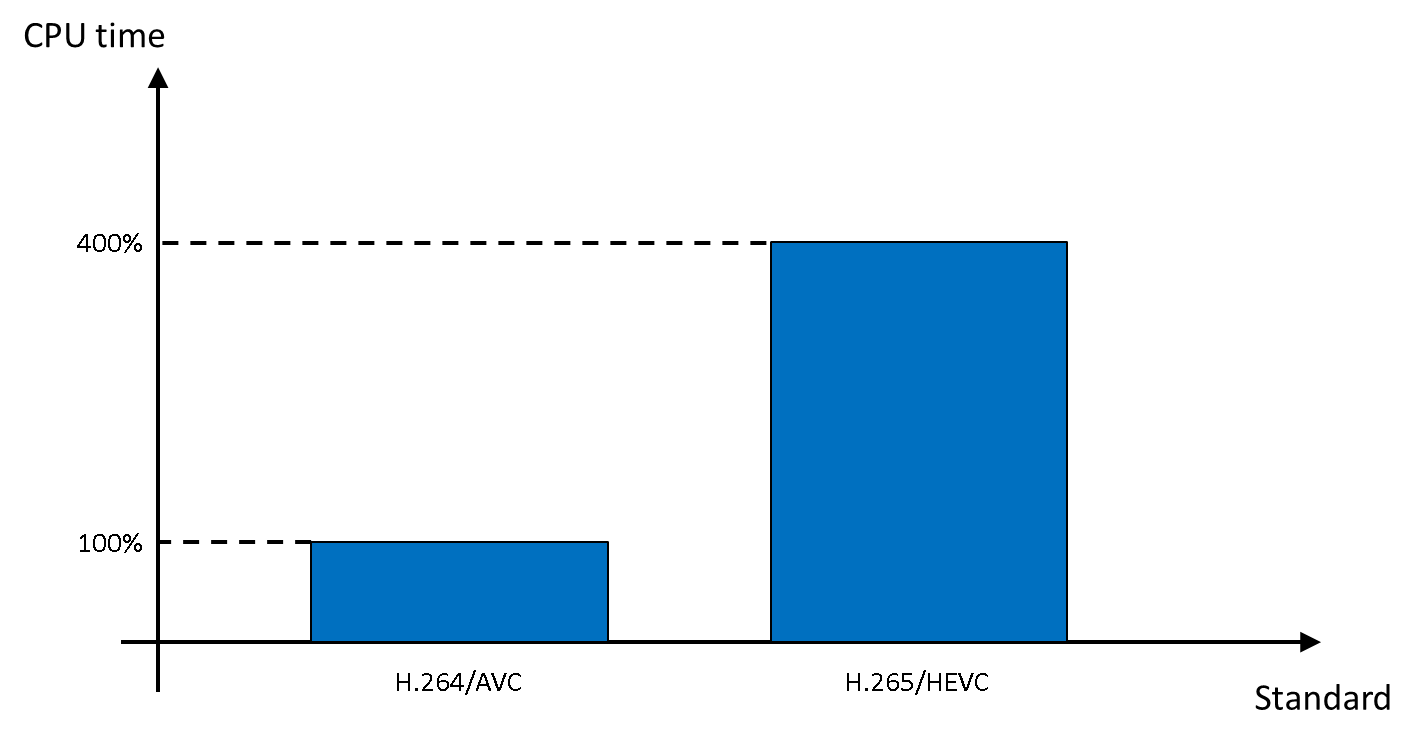 Working towards this goal, the BBC R&D led a project called THIRA in collaboration with Parabola Research, and the Queen Mary University of London, which was co-funded by Innovate UK. The scope of THIRA is to address the storage and delivery of ultra high definition material in UHDTV services. The project studied the potential of each coding tool standardised by HEVC over a large set of UHD test material representative of television broadcasting content. Then, a number of techniques to speed up the HEVC coding process have been designed and tested in the project. The main output of THIRA project is an optimised HEVC software encoder which integrates the designed tools and implements important features of practical encoders such as parallel processing, reduced memory footprint, rate control, shot change detection and adaptive adjustment of the GOP structure.