100Gbps Ethernet interfaces have existed for some time within the core of telecommunication networks and in large scale data centers. This is all set to change, with a new generation of silicon devices enabling 100Gbps interfaces to be cost effective in enterprise top-of-rack switches, and a new breed of 25/50/100Gbps interfaces being available down to individual servers.

BBC R&D have been evaluating these latest developments in network technology as the transition from 10/40Gbps interfaces to 25/50/100Gbps takes place. To support projects such as IP Studio we require the fastest 100Gbps interfaces to be available to the servers connected at the network edge.

IP networks are a fundamental part of many of the research projects in R&D. In the IP Studio project we are already sending and receiving uncompressed 8.5Gbps UHD video streams over 10Gbps network links, and we need to transport many of these streams between cameras, servers and other studio equipment.

In the lab we have gained early access to 100Gbps switches and network adaptors - we are currently testing this new hardware to verify scalability to 100Gbps, in addition to checking interoperability of the physical interfaces. In order to send many uncompressed UHD video streams over a single 100Gbps interface we must use specialised techniques to avoid inefficiency in traditional network software, take zero-copy approaches from the application layer right down to the network card, and take advantage of hardware features to control stream rates in order to avoid overflow in network equipment packet buffers. 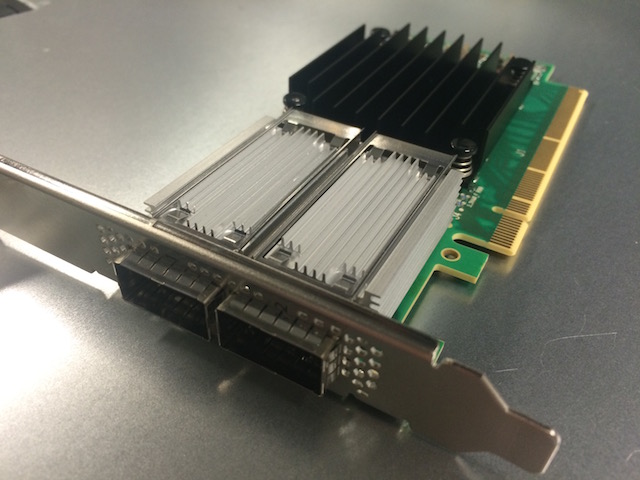 To find out more information about the transition from 10/40Gbps to 25/50/100Gpbs networking, visit the 2550100 Alliance, and also take a look at the BBC R&D IP Studio project for our application of high performance networking.