BBC R&D was lucky enough to be granted access to this year’s London New Year’s Eve Fireworks to undertake a test shoot of the festivities in "4k" Ultra High Definition (UHD TV) and Higher Dynamic Range (HDR). This blog describes the benefits of HDR and why it may be an important part of a future television system.

BBC R&D is investigating a wide range of technologies that may feature in the next generation of broadcast. These may include a higher spatial resolution (more pixels on the screen), a higher frame rate (more pictures per second), wider colour gamut (more colours than before), and higher dynamic range.

As BBC R&Ds Andrew Cotton recently wrote in an article for DVB Scene:

Those who have been lucky enough to see High Dynamic Range (HDR) TV pictures cannot help but be blown away by their impact. They are more realistic, more colourful, subjectively sharper and more engaging than standard dynamic range (SDR) images. That is not just marketing: the “Hunt effect” is a well-known phenomenon whereby the colourfulness of an object increases with luminance; and video engineers have always known that increasing the contrast of an image makes it appear sharper as the gradient of edges increases. So it is no wonder that high brightness HDR images are so eye-catching.

The dynamic range of a video signal is the range between the lowest and highest light level. Those who commonly take pictures on a digital camera may be familiar with the problem of capturing both bright and dark parts of the picture and maintaining high levels of detail in both of these areas. To overcome the shortcomings of the image sensors, many digital cameras and smart phones come equipped with a “HDR mode”. As seen in this example from Mark Fairchild. 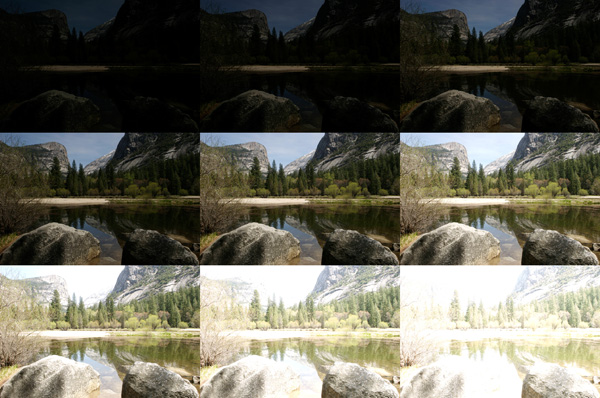 The “HDR mode” process involves taking multiple captures of the images at different exposures (usually 3 or more). The lowest exposures, which in this case are the first 3 images at the top, capture the details in the highlights, while the highest exposures, which are the bottom 3 images, capture the details in the lowlights (note the bright area void of any details in the highest exposure). These images can then be intelligently combined or "tone mapped" to provide an image with good detail in all parts of the image. This image is more natural and colourful, and more representative of the true scene. 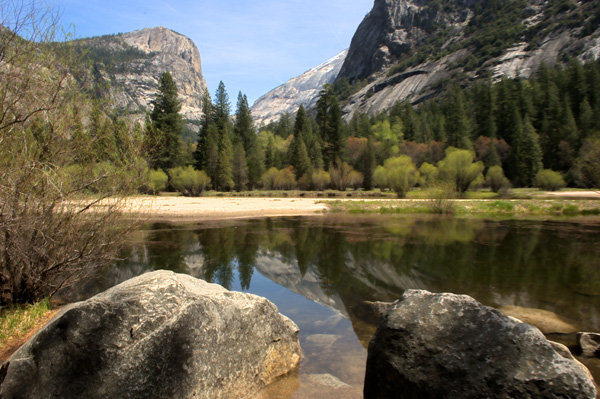 This technique can be very effective in still photography, however, it does require that there is no motion between the various exposures, otherwise significant blurring will occur in the final image. Therefore, this technique is very difficult to apply to video, where by its nature, there will be motion. Instead, better sensors are required, those which have the ability to capture a wider range of signals in a single exposure, some of which are now available in professional video cameras.

However, the capture side is only half the story. Once the HDR material is captured, the signal needs to processed, distributed and displayed in the home on a suitable bright HDR screen. BBC R&D are actively working with manufacturers and other broadcasters to define a system that can achieve this, working on ways to process the signal in the camera, how to deal with the signal in a production environment, compressing it for distributing via the air, an internet stream or packaged media, and finally how to convert the signal back to something that can be displayed. The BBC has made several proposals for a HDR system as detailed on our project page.

To enable us to test a HDR workflow, we need test material. A fireworks show contains material that is ideally suited for HDR video as it has a very wide dynamic range, from the dark details of the sky and background at night, to the super bright explosion of the fireworks themselves.

The cameras and production systems typically used for broadcast are not capable of capturing this range sufficiently and as a result, significant detail is lost in and around the fireworks, at the expense of maintaining detail in other parts of the shot. An extreme example of this is shown below, this still was taken from the BBC One footage broadcast on New Years Eve. 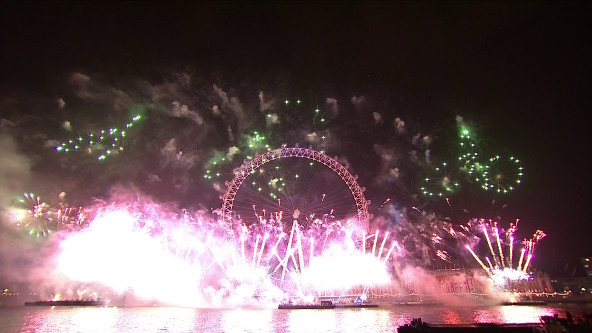 However, with new video cameras emerging in the market, capturing higher dynamic range video is becoming a reality. With the current lack of good HDR test material at UHD resolutions, BBC R&D were keen to capture this content. With our project partner ARRI, a prime location across the London Eye was arranged with the BBC One producers. The ARRI Amira was selected for this shoot, offering ~14 stops of dynamic range. We used an ARRI Ultra Wide Zoom (UWZ) 9.5mm-18mm lens for the shoot. This lens was specifically chosen to provide a very wide angle so that no fireworks action was missing from shot whilst maintaining a high level of performance.

After processing the material and previewing it on a suitable HDR screen at our labs, the results are outstanding. Currently, there are too many missing gaps in the technology to make a stream available for you to enjoy. The lack of both UHD and HDR televisions in a domestic environment and a suitable distribution method would make this a very challenging task. Instead, a side by side comparison of the HDR captured material vs. the broadcast footage is shown below. Of course, this is not doing the HDR content justice, to fully appreciate it you will need to view it on a true HDR screen. 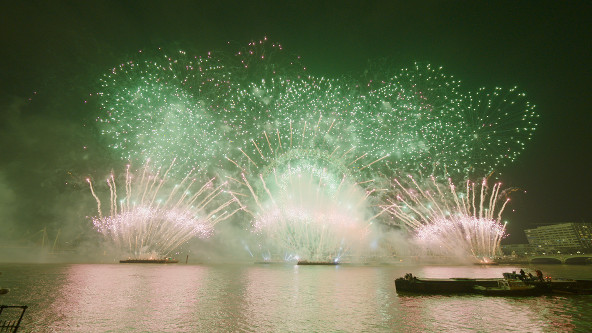 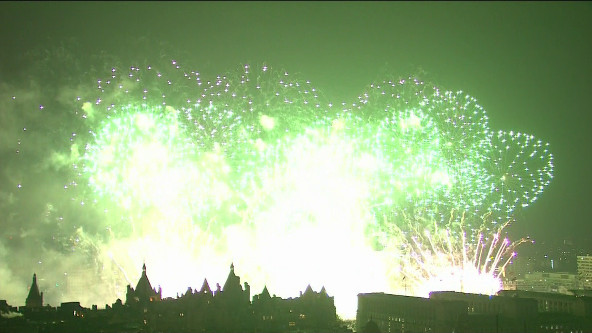 What the comparisons do show is that with HDR video we are able to capture and display potentially far more detail than would otherwise be available in a conventional camera; thereby producing significantly more realistic and vivid video, with the aim of maintaining this high level of realism all the way to the home screen.

BBC R&D would like to thank the BBC producers and production managers of the fireworks show for all the support for helping us to co-ordinate our test shoot, and our project partner ARRI for the technical assistance in capturing the material.