We look at the technology behind our UHD trials during the 2014 World Cup - the challenge of getting a UHD TV live programme back from the Estádio do Maracanã in Rio de Janeiro, how the signal reaches the receiver, and how we decoded and displayed the UHD content with a range of consumer equipment. This meant we needed to work with both the consumer electronics manufacturers and the silicon vendors who supply the manufacturers.

BBC R&D is planning a Commonwealth Games 2014 showcase where IP camera-to-screen is an important part, so when we first started thinking about how to get UHD back from the World Cup in Brazil we wanted to explore the use of IP technologies for the contribution feed.

Our first plan was to use Broadcast Media Communications to provide a 140Mbit/s circuit from the Rio de Janeiro International Broadcasting Centre (IBC) back to Telehouse, where we would pick up the feed and bring it back to our lab, Centre House in West London. We evaluated NTT XVE9310 encoders and NTT HVE9310 decoders to carry the video over this path. Just prior to us shipping the equipment it was announced that the UHD football would now be uplinked directly from the Maracanã stadium and therefore unavailable for pick-up at the IBC. An alternative solution had to be found.

Eurovision have responsibility for up-linking from the Maracanã. The BBC has access to Eurovision feeds but we soon discovered that because the transport stream was of the order of 80Mbit/s we had insufficient individual ASI circuit capacity out of the normal downlink site we use and insufficient time to reconfigure circuits. We looked at possibilities of using dishes on our roof but the link budget looked too tight. Unfortunately the large dishes at Television Centre are now decommissioned so they couldn’t be used either. We also didn't have the specialist demodulator needed. The solution to the problem came from Globecast. 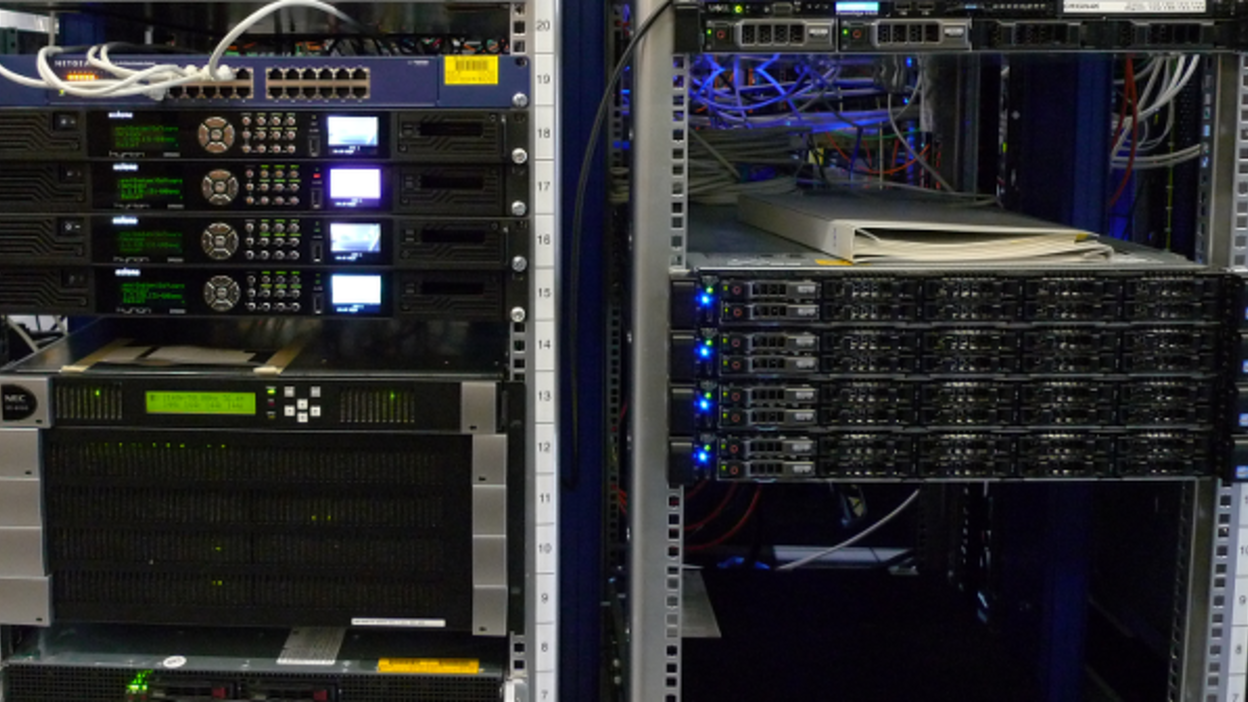 At the moment the standard way of carrying UHD through broadcast infrastructure is as 4 x 3G HD-SDI signals. The four feeds need to be kept sufficiently well synchronised so that the four quadrants align into a single UHD TV picture. It is therefore preferable to ensure that the encoding and decoding solution come from the same supplier. Eurovision evaluated several options and decided to use an ATEME CM5000 H.264/MPEG-4 AVC solution for the contribution encoding and so we chose to use a complementary decoding solution from ATEME.

The contribution feed uses NS3 modulation which provides very high data rates within a standard 36MHz satellite transponder. Globecast downlink the signal from Eutelsat 10A using a 4m dish at their Brookmans Park Teleport which is just north of London. It is then demodulated and converted into a multicast IP feed which is handed over to us from the Globecast routers at Telehouse North, in London’s Docklands. The signal is conveyed back to Centre House over our own network. The video is encoded as 8 bit 4:2:2 long GOP H.264/MPEG-4 AVC. At Centre House we convert the IP back into an 80Mbit/s ASI feed which is then fed into 4 ATEME DR5000 decoders which use a proprietary synchronisation scheme to ensure all four 3G HD-SDI outputs are sufficiently well synchronised. From here the 4x3G HD-SDI signals pass into our standard routing infrastructure, where we can feed to a down-converter for monitoring and present the 4 quadrants to our different DTT and DASH encoders for HEVC encoding as a single frame for distribution. The frame rate remains p59.94 throughout the chain.

For DTT encoding NEC provided an HEVC VC-8150 encoder which is housed in Centre House. From there we made use of existing lines to the BBC’s code and multiplexing area where we were able to connect into the standard MPLS network used for DTT distribution. The transmissions from Crystal Palace and Black Hill are provided by transmitters which will be used to support the COM8 service using the latest DVB-T2 modulators. These transmitter powers result in an ERP of nearly 40kW at these two sites. For Winter Hill, a new NEC High Efficiency (DTL-30) Doherty transmitter was provided with the site limited to an ERP of approximately 23kW due to spectrum planning restrictions. 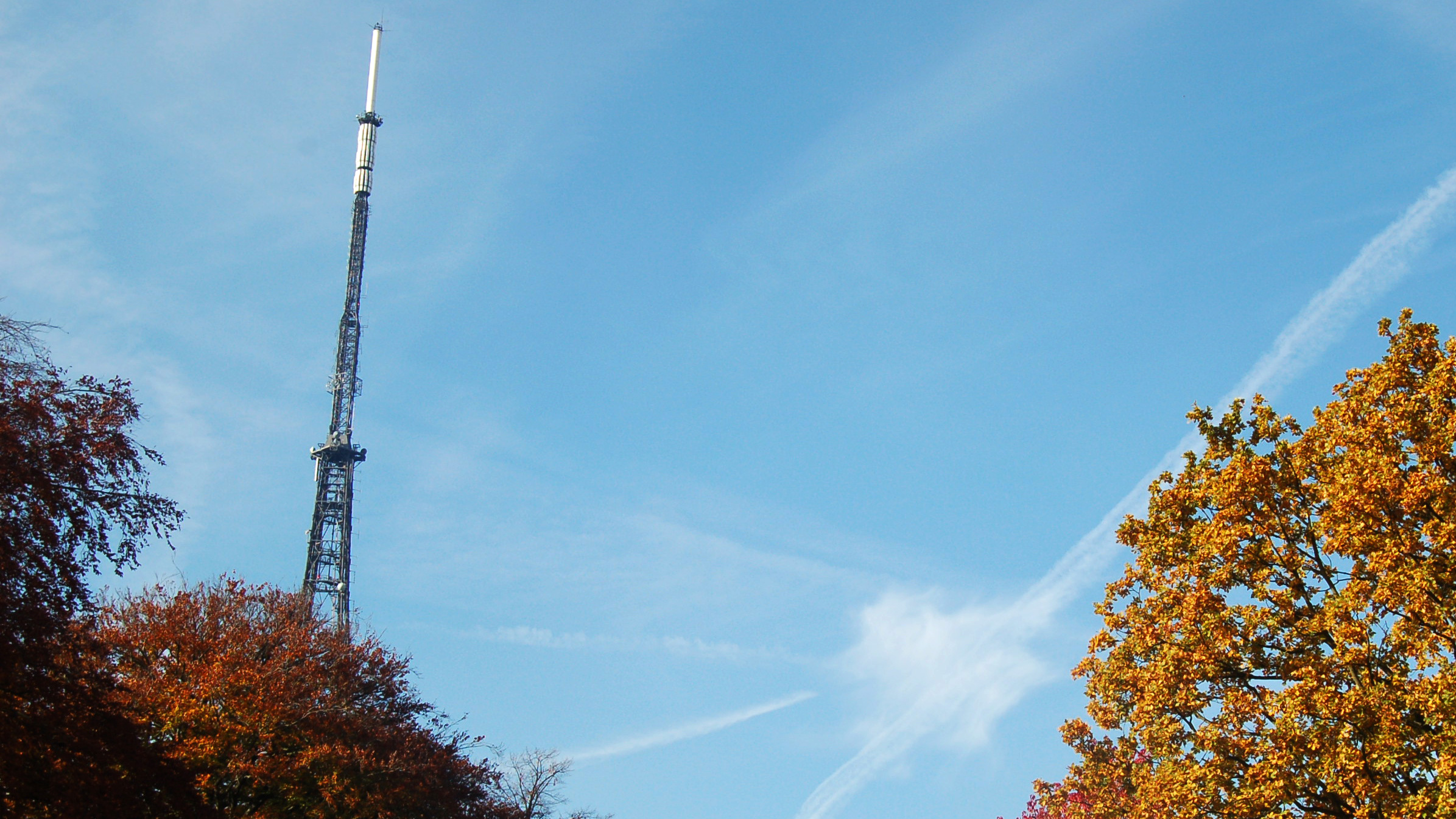 A single, UK wide, DVB network was used for the UHD service, with static service information insertion done using a multiplexer at Centre House. This ensured there was no cross-carriage of SI between the UHD and existing multiplexes, minimising the risk to existing receivers and simplifying the system design. A second aliased service was created to allow receivers to use a matching DVB service_type. Before transmissions could start, a full test was done at the DTG Receiver Zoo to ensure existing Freeview HD receivers did not encounter any problems with a T2 multiplex carrying HEVC. No significant problems were found, but some existing receivers did add the new services and decode the audio so logical channel numbers 795 and 796 were used just in case the services needed to be easily identified. For monitoring of the encoder output an NEC VD-8100 HEVC decoder was used.

For IP, an Elemental Live L500 software based encoder, running on Linux servers and configured with multiple CPUs and GPUs was used to the process the UHD video using Elemental-developed HEVC algorithms. Spare processing capacity in the systems was used to produce a secondary HD representation. The segments from the encoding are post processed and fed to an origin server in Centre House which, via Telehouse, allowed the content acquirers to fetch and then distribute the DVB-DASH formatted stream over the content delivery network out to the edge-servers to which clients connected. The distribution was geo IP locked to the UK. Access was possible via any Internet connection, but quality of service was applied to distribution via superfast broadband.

Both DTT and IP used Main profile HEVC at 59.94Hz.The UHD video bitrate was approximately 35Mbit/s. The HD representation (IP only) used 8Mbit/s. Ideally Main10 would have been used but some interoperability issues were discovered at the last minute. The intention is to use Main10 HEVC at 50Hz for the Commonwealth Games element of the trial. Only stereo audio was available for the event and this was distributed using AAC-LC.

This is thought to be the first time a UHD trial has simultaneously used both a traditional DVB network and IP distribution.

DTT was relatively straightforward. As mentioned above, we used standard DVB-T2 modulation for the UHD multiplex. DVB-T2 demodulators are already standard in all Freeview HD receivers. In 2014 we have started to see IDTVs from manufacturers which have 4k panels but interestingly also had the HEVC video capability that we needed to decode the UHD trial transmissions. The HEVC capability of the manufacturers' devices was generally targeting IP delivery, however a number of manufacturers were able to provide prototype firmware or modify their devices to enable the HEVC decoder to work with the broadcast signal. This enabled us to demonstrate working IDTVs from LG, Panasonic, Samsung and Sony. We also had a development system from Broadcom using their new BCM7252 device. The DTT reception was very reliable across all receivers and the concept of UHD over DTT was clearly demonstrated but there is still further work needed to understand what the potential number of HEVC UHD services could be in a typical DVB-T2 multiplex. DVB is investigating whether there is potential for extending the capabilities of DVB-T2 which clearly would be of benefit to carrying UHD services. It should be noted that the trial was a proof of concept for DTT broadcast which used modified consumer devices and new technical standards to deliver the service. As the standardisation of UHD is an ongoing process this may not be the technology used in a final DTT broadcast solution. 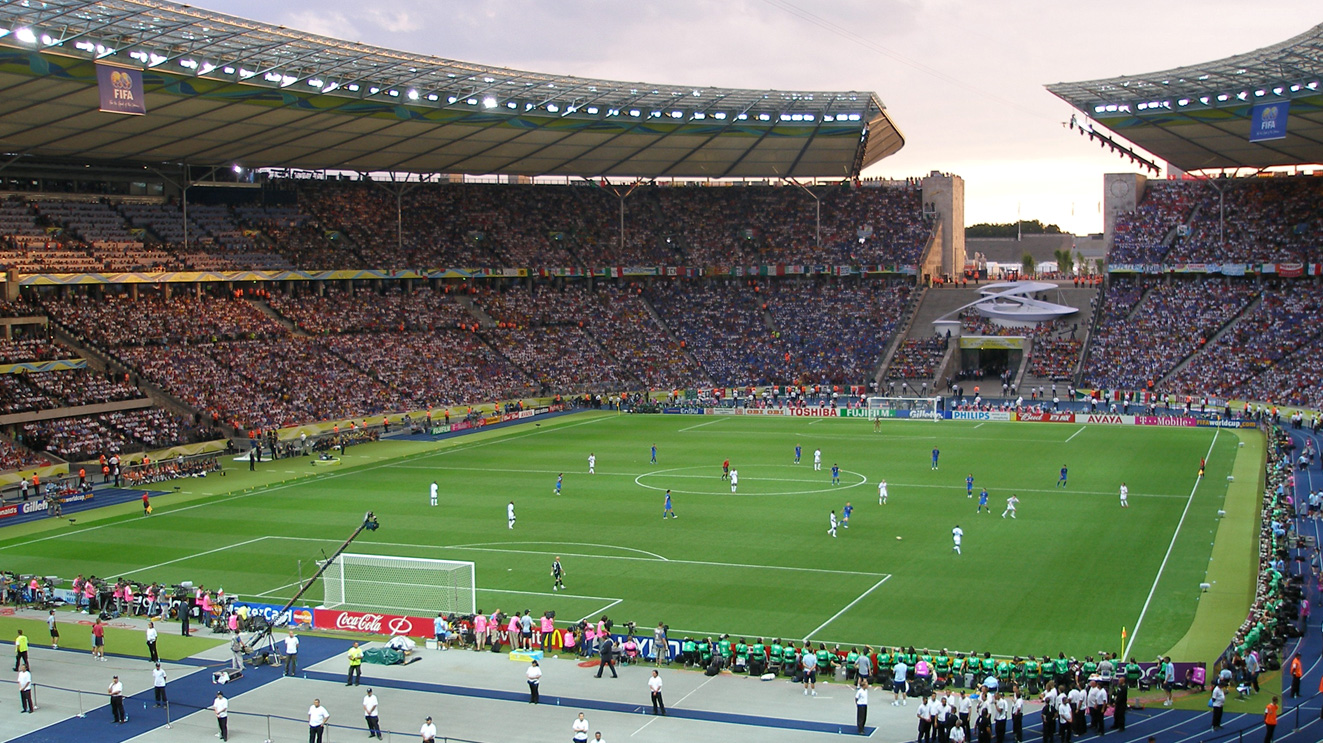 The delivery over IP needed substantially more work by the CE manufacturers. Whilst some had already developed DASH solutions none were yet using the latest DVB-DASH profile that we would like to use for future BBC services. In order to aid development BBC R&D made a number of example feeds available but it was only very close to the first game that we had fully stable feeds. It is therefore not surprising that the first working implementations were on development boards from silicon vendors rather than consumer products. ViXS had already participated in a number of successful trials and we were able to work together with their engineers to enable the ViXS XCode 6400 UHD HEVC platform to receive the UHD World Cup action over IP. BBC R&D also produced a GStreamer-based solution that we were able to easily port on the same Broadcom BCM7252 platform used for DTT reception.

As the tournament progressed, we were able to work closely with engineers from Humax, LG and Samsung. By the time of the World Cup final demonstration event, we were able to show working DASH clients decoding our streams using devices from Broadcom, Humax, LG, Sagemcom, Samsung, and ViXS with the Broadcom and Sagecom solutions using BBC R&D software. The principle of delivering UHD over the top on the Internet was also clearly demonstrated but there is clearly further work needed to optimise the client interaction with the network at the high bitrates needed for UHD. We also need to look further at the behaviour of the content delivery network and also the delays introduced by DASH - typically the IP 'reception' lagged DTT by approximately 40s. With internet delivery, there is a trade-off between delay and reliability and we took a fairly cautious approach for this demonstration. With more work, the delay can certainly be reduced. Both the BBC and our partners managed to collect significant logging for future analysis.

I would like to thank all the partners in this project. Without their individual contributions we would not have been able to demonstrate an end-to-end UHD broadcast using different HEVC encoders feeding a range of receivers.

In terms of what comes next we need to assess the results from the World Cup and Commonwealth Games trials and understand where further work is needed. Our work in standards bodies continues as Simon Thompson’s recent post on high dynamic range demonstrates.