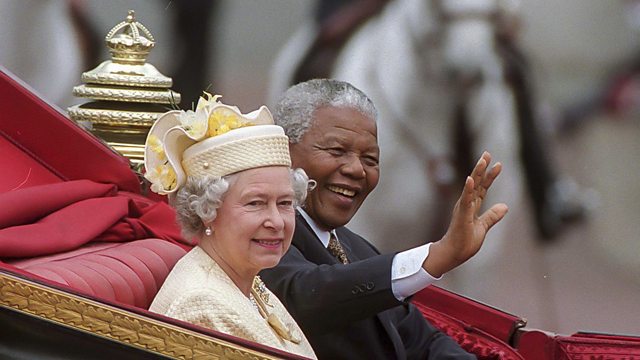 After 70 years on the throne, Queen Elizabeth II is the world’s most high-profile global figure and a unique exemplar of diplomacy and soft power. Much of her role takes place behind the scenes. The BBC’s Emma Barnett speaks to those who have seen her in operation and worked with her on the thorniest global issues. Starting at the Queen’s home in Windsor Castle, Emma speaks to friends and insiders – including former prime ministers and the grandson of a US president.

She came to the throne in 1952 at a time of crisis and as the British Empire disintegrated in the aftermath of World War Two. The Queen’s role as constitutional monarch and head of the Commonwealth placed her at the heart of global crises. We recall how she visited Ghana, Zambia and South Africa as a diplomatic envoy, helping to mediate in the racial politics of post-colonial Africa.

From her first state visit to the US in 1957 to repair the transatlantic relationship after the Suez crisis, to the historic 2011 visit to Ireland, we show how reconciliation has been a major theme of the Queen’s reign. Guests include former UK Prime Minister David Cameron, former Commonwealth Secretary General Chief Emeka Anyaoku, professor David Eisenhower, the former Mayor of Accra Nat Nunoo Amarteifio and the veteran US diplomat James Baker.