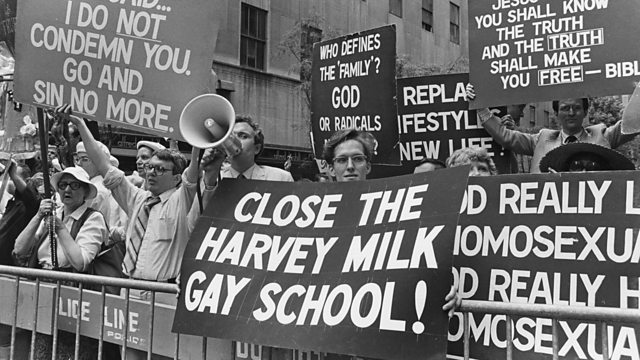 A school offering specialised education for LGBT students opened in the city in 1985. Hear the memories of its first principal, Steve Askinazy.

In 1985, a unique High School opened in New York to provide a safe environment for LGBT students needing specialised education. The publicly-funded Harvey Milk High School was founded by former social worker, Steve Askinazy. Initially, it faced some opposition from the media and Christian groups, but the school eventually expanded and currently takes about 60 students a year. Alex Collins talks to Steve Askinazy.

PHOTO: A protest outside the Harvey Milk High School in 1985 (Getty Images)