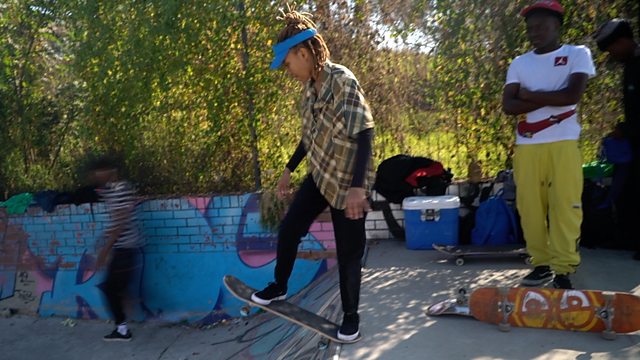 The women breaking into skateboarding in South Africa

We look at why skateboarding is becoming increasingly popular among women and girls and ask how much it will cost to get equality in the sport.

Skateboarding is one of the fastest growing sports in the world; it was included for the first time in the 2020 Tokyo Olympic Games in Japan. It's becoming increasingly popular among women and girls, but it does come with a price tag.

Hannah Mullane speaks to Boipelo Awuah, one of only two female African athletes to qualify to compete in skateboarding at the Tokyo Olympics. Wendy Gila, the head of the South African Roller Sports Association, gives us her insight into how much it costs to make a sport like skateboarding accessible to everyone.

Mark Sedgwick meets Thato Moet, Founder of IslandGals, a girls only skate group in Johannesburg. She gives her perspective on what it’s like to be a female skater in South Africa. We’ll also hear from Pieter Retief, who helps to build skateparks all over the world and explains how they help to bring together communities.

G'day and g'bye: it's the end for Neighbours