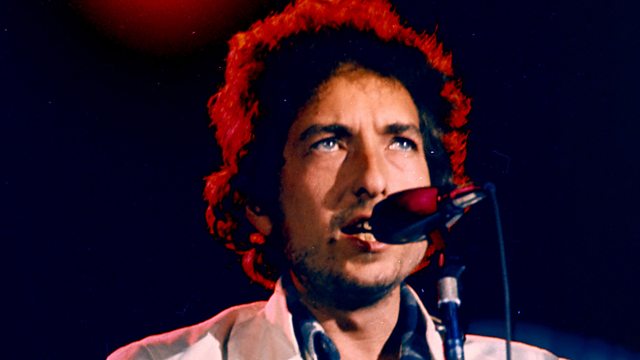 Bob Dylan was brought up in a Jewish household in the American Midwest, but kept his faith away from the spotlight of his professional counter-culture persona. That was until the late 1970s when he converted to evangelical Christianity and released an album that shared his born again beliefs with the world.

We join his childhood friend, Louie Kemp, as we delve into why the boy he met at a Jewish summer camp turned to Christianity.

We hear from Regina McCray, his backing singer from the time, who retells the story of her audition where she sang Amazing Grace. She went on to get the job, but little did she know that the song would go on to inspire Dylan’s sound for his next three albums - Slow Train Coming, Saved, and Shot of Love.

We also hear from Australian journalist, Karen Hughes, whose in-depth interview with the singer broke to the world how serious Dylan was about Christianity - and from Swedish doctor and musician, Valdemar Erling, whose accidental discovery of Slow Train Coming has been the foundation of his faith for many years.

Along with live music tracks, archive excerpts from outraged fans and even the sounds of Bob Dylan preaching to his crowds, we hear how Dylan’s often overlooked ‘Gospel Period’ helped people develop a deeper connection to spirituality that is still relevant today, years after the singer-songwriter appears to have turned his back on organised religion altogether.

Sun 23 May 2021 23:32GMT
BBC World Service except Americas and the Caribbean, East and Southern Africa & West and Central Africa

George Floyd: One year on