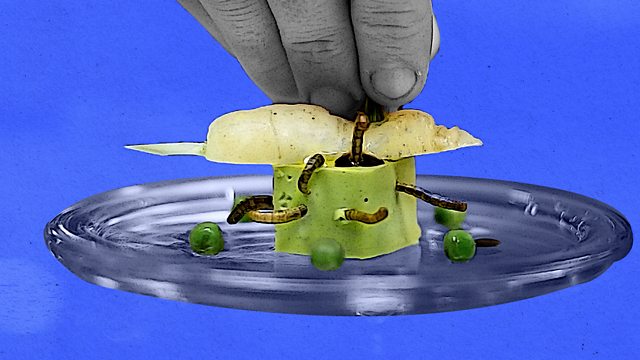 How do you convince more people to eat insects?

Insects are cheap, packed full of nutrients, and farming them for food could help save the planet. Convincing more people to eat them, though, remains a big challenge.

Tamasin Ford speaks to three insect entrepreneurs trying to persuade the squeamish, especially in Europe and North America, to overcome their fears of crickets, worms, and spiders, and instead see them as a tasty, sustainable, alternative source of protein.

We also hear that it’s not just the ‘yuck factor’ holding this fledgling industry back - should governments, chefs, and climate campaigners be doing more to support it?

If you would like to get in touch with the show, please email thefoodchain@bbc.co.uk