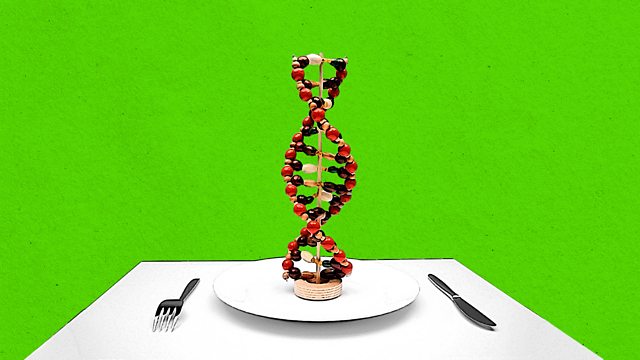 Scientists claim it’s the future, but can they convince us to eat it?

Gene editing could revolutionise agriculture, with some scientists promising healthier and more productive crops and animals, but will consumers want to eat them?

With the first gene edited crops recently approved for sale, Emily Thomas hears why this technology might be quicker, cheaper and more accurate than the older genetic engineering techniques that produced GMOs, and asks whether these differences could make it more acceptable to a deeply sceptical, even fearful public.

Some are not convinced by the claims, and there are concerns that current regulations won't protect consumers or the environment from any potential risks. By putting their faith in technology, have scientists and companies overlooked other simpler solutions to our food security problems?

If you would like to get in touch with the show please email thefoodchain@bbc.co.uk

(Picture: A DNA model on a plate. Credit: Getty Images/BBC)

Sun 23 May 2021 07:32GMT
BBC World Service except Americas and the Caribbean & Europe and the Middle East

Do we need to talk about ‘ultra-processed food’?