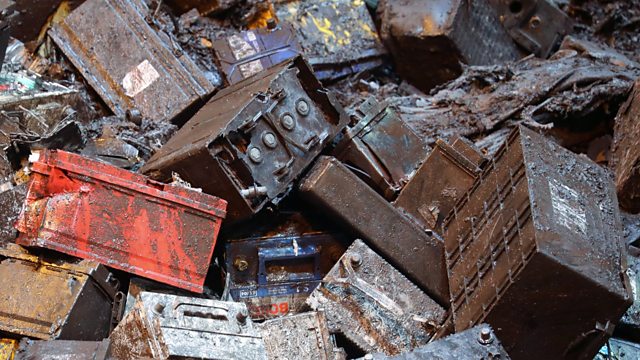 The recycling of lead acid batteries poses a growing health hazard in many developing countries.

The recycling of lead acid batteries poses a growing health hazard in many developing countries.

Vivienne Nunis looks at the case of Bangladesh, where a cottage industry has sprung up all over the country, with old car and auto-rickshaw batteries being burned in unsafe conditions, poisoning the surrounding land, animals, plants and people. Researcher Bret Ericson says that hundreds of millions of children across the developing world have dangerously high blood lead levels, risking damage to their developing brains.

Andrew McCartor of the anti-pollution activists Pure Earth explains why the economics of battery recycling make it such an intractable problem, while Adam Muellerweiss of the major global battery manufacturer Clarios explains what he thinks needs to be done to make recycling a fully closed-loop process, as it is in the developed world. Plus industry journalist Christian Ruoff explains why the rise of electric vehicles does not spell the end of lead acid batteries.

The battle for football

What is the real death toll in India?