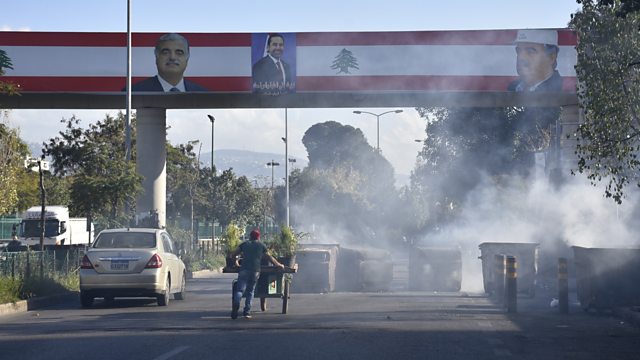 The World Bank has declared Lebanon's to be "enduring a severe and prolonged economic depression" and said it is one of the worst economic crises since the mid-19th century. As fuel and food supplies dry up, and cash reserves dwindle, Lebanese economic columnist and former bank executive Dan Azzi warns "Armageddon" could be just around the corner for the country. Meanwhile Diana Menhem, economist and managing director of advocacy group Kulluna Irada, explains how the country's economic got into such a state. And we'll also hear from Joumana Saddi Chaya, of the lighting design and manufacturing company PSLab and Aline Kamakian, owner of the restaurant Mayrig in Beirut, on trying to run different businesses amid the increasing chaos.

The death of the petrol station