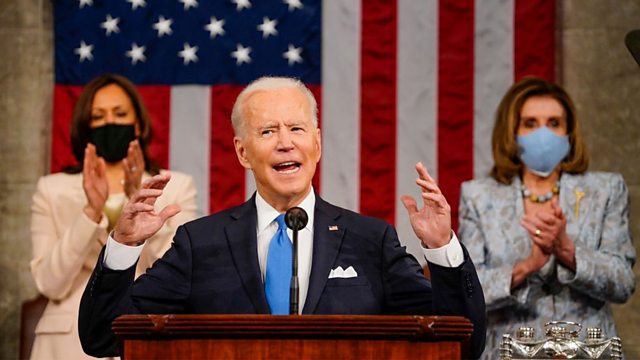 The US president announces a massive spending plan for the US economy, with trillions of dollars earmarked for jobs and infrastructure. But is it too ambitious for Republicans to support? Ed Butler speaks to Ryan Heath, senior editor at Politico, and Gordon Hanson, professor of urban policy at Harvard Kennedy School. Hundreds of billions of dollars are also planned for the US's creaking healthcare system. Carer Sharon Tosten and democrat Debbie Dingell explain why it's needed.