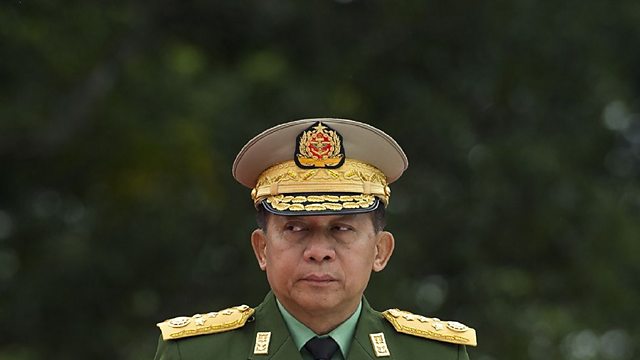 Why is Myanmar’s military killing civilians?

Over 700 people have died during pro-democracy protests following a coup on 1 February.

Over 700 people, including children, have now died during pro-democracy protests in Myanmar following a coup on 1 February. Military chief General Min Aung Hlaing has declared a year-long emergency and promised to hold fresh elections at some time in the future. The armed forces of Myanmar are guaranteed a minimum number of seats in the nation’s parliament, retain control over many of the country’s institutions, and profit from a sprawling domestic business empire. But the military says the 2020 vote - which returned the governing NLD party under Aung San Suu Kyi to power with a larger majority – was flawed.

Many politicians, including Ms Suu Kyi, are under arrest. She’s been charged with criminal offences and if found guilty can be barred from contesting future elections. The coup has taken place at a time when Myanmar, also known as Burma, is continuing to battle the coronavirus pandemic, an economic crisis, regional insurgencies and is also facing an international investigation into alleged war crimes over the killing and expulsion of tens of thousands of minority Rohingya people. So, what's behind the military's decision to row back democracy and attack its own citizens? And what can the international community do about it? Join Ritula Shah and guests as they discuss the military in Myanmar.

Why is Russia massing troops near Ukraine?

What is the cost of climate reform?

Clarissa Ward - Chief international corrrespondent for CNN and author of ‘On All Fronts: The Education of a Journalist'