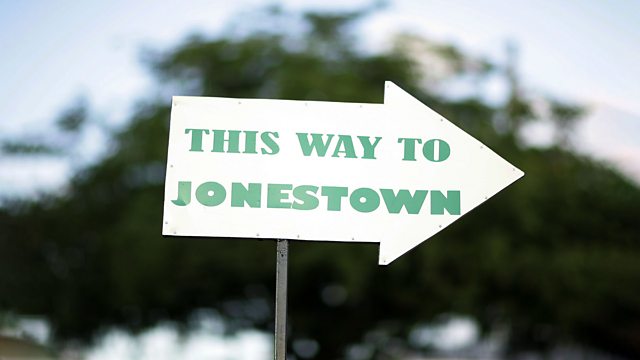 Jonestown: From socialism to slaughter - Part one

How over 900 Peoples Temple members came to die in the Guyanese jungle.

In 1978, over 900 US citizens died at Jonestown, a remote settlement in Guyana. The vast majority were members of a community run by the charismatic Rev Jim Jones, taking their own lives under armed guard on his orders. But how did a church known for racial integration and practical help for the poor come to such a destructive end? How could one man’s increasing paranoia have driven so many people, who had built a mission community from nothing in four years, into a seemingly pointless sacrifice?

In these programmes, Erin Martin – who herself grew up in a religious group that exercised strong control over its members – hears from survivors of what’s become known as the Jonestown Massacre, an event that captivated and horrified the US and international media.

Contributors include Stephan Jones, son of the Rev Jim Jones; Vera Washington, for whom Peoples Temple was “a wonderful, warm family” before it all went wrong; Jordan Vilchez, who at 16 already belonged to Jones’ inner circle; John Cobb, Leslie Wagner-Wilson, Tim Carter and Mike Cartmell, who each lost several family members in Jonestown; and Fielding M McGehee III, Temple archivist and Research Director at the Alternative Considerations of Jonestown website.

Between them, they reflect on the attraction of Peoples Temple, trace the road that ended with the destruction of the Jonestown community, and explain how they escaped with their lives. And they try to answer one crucial question: what could have led an idealistic group of community-minded people to such destruction?