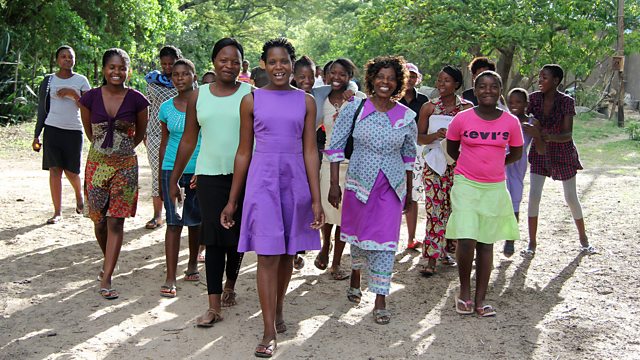 How Chido Govera's curiosity with mushrooms helped feed her family and helped thousands of other growers.

This is the story of Chido Govera aka The Mushroom Woman. It is a story about her home, Zimbabwe. And it is also a story about mushrooms.

It never should have happened. Chido, an orphan, became the provider in her family aged seven. At 10 she was destined to marry a man 30 years older than her. But a chance encounter led her to discover the almost magical science of mushroom cultivation at a local university, and set her life on a very different course.

Cultivating mushrooms is unlike growing any other vegetable. Micro-organisms in organic matter provide fuel for air-bound silvery thread-like 'mycelium'. These anchor in damp soil and then quickly, tiny mushroom pins appear. Chido was enthralled by the way mushrooms emerge from next to nothing and colonise plant material. It reminded her of her Grandmother, who took Chido foraging for mushrooms in the forest as a child. From humble beginnings, mushrooms grow.

Chido realised she could grow these curious fungi in maize waste. She could feed herself and her family, and make a little money. What if she could teach other orphans to grow and sell edible mushrooms to provide an income? So that is what Chido did.

Today Chido runs a foundation training 1000s of other growers, mainly women and orphans, in Zimbabwe, and across Africa and the world. We hear their stories and discover the mysterious world of fungi.