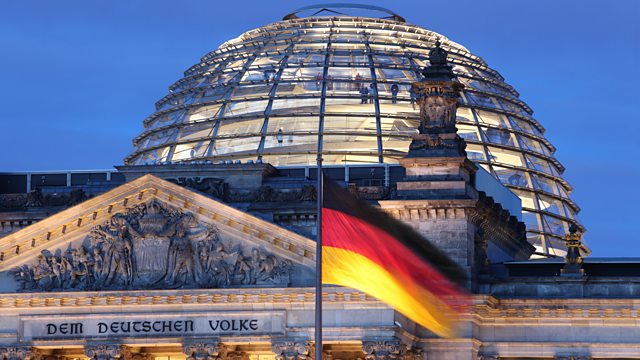 Can Germany Save the World?: Mutti and her crisis management

The Compass Can Germany Save the World?

John Kampfner examines how Angela Merkel has handled the crises that Germany has faced in recent years. Is she an example for the world to follow?

A year ago, many Germans were dismissing Angela Merkel as beyond her sell-by date. Her motto, "langsam aber sicher" (slow but sure), was seen as outdated. Covid has transformed that. It is not that she has particularly changed, it is just that the world has come to respect traits that had previously been derided. Germany has now dealt with three crises with extraordinary agility – from unification 30 years ago, to the influx of a million refugees in 2015 and now the pandemic.

John Kampfner looks at these crises and how Germany and Merkel have responded to them. Through the experiences of people across the country, he finds that there is much that can be learned from the way Germany faces its challenges. Is Angela Merkel’s true strength as Germany’s Chancellor her ability to handle a crisis?