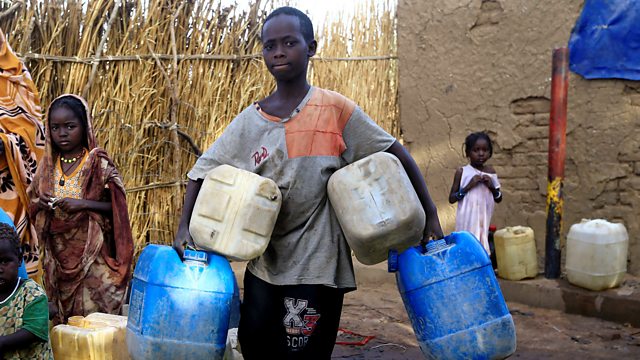 Will Robson examines the links between climate change and global conflicts, beginning with what has often described as the first climate change war – the conflict in Darfur.

In a five-part series for the Compass, former Army Major Will Robson investigates how climate change is fuelling conflict across the globe, from guerrilla raids on farmer-herders in Africa to a chilling new Cold War in the Arctic. He’ll be speaking to both climate and conflict experts to unravel the complicated threads that connect climatic changes, violence, war and global insecurity.

In the first episode, he focuses on what has often described as the first climate change war – the conflict in Darfur in Western Sudan – and hears from farmers and pastoralists who have returned to their war-ravaged lands to try to rebuild among the challenges of desertification and climate change.