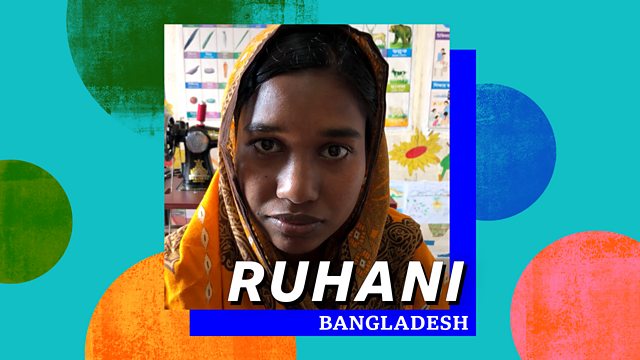 Seventeen-year-old Ruhani doesn't want to work in a garment factory like her mother. But what other work opportunities are open to young people in Bangladesh?

Global leaders drew up a list of 17 "sustainable development goals" to create a blueprint for a better future. Governments agreed to support the goals which cover gender equality, health provision, a good education and much more. Now 17-year-olds from 17 different countries tell us what they think needs to change if the world is to meet those goals by 2030.

Seventeen-year-old Ruhani Akhtar doesn't want to work in a garment factory like her mother. But what other opportunities are open to young people in Bangladesh? The country has seen rapid economic growth during the last three decades and she wants to know what her options are. Ruhani talks to another young woman who went to Saudi Arabia as a domestic worker with disastrous results, to a government minister, and she visits a modern new textile factory where work is changing fast.

Project 17 was produced in partnership with The Open University