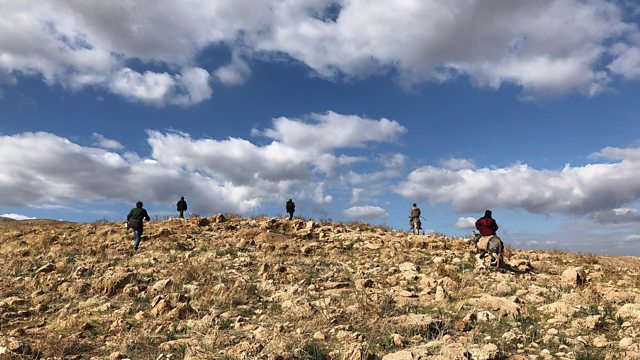 The shepherd and the settler

The Documentary Rulebreakers
Episode 5 of 5

A Palestinian shepherd fights for his livelihood under pressure from Israeli settlers in the West Bank.

Muhammad is a Bedouin shepherd in a remote corner of the West Bank called Rashash. His family has been herding sheep and goats in Rashash for 30 years and in Palestine for generations. But since Israeli settlers recently moved in nearby it has become difficult for Muhammad to graze his flock undisturbed.

When producer Max Freedman visits Rashash, he sees this conflict in action. One settler tries to scatter the sheep by driving towards them in an all-terrain vehicle. Another chases after the flock on horseback. An Israeli activist tries to use his body as a human shield.

After leaving Rashash, Max sets out to understand what he saw there.

Accused of hacking the Pentagon—Rulebreakers