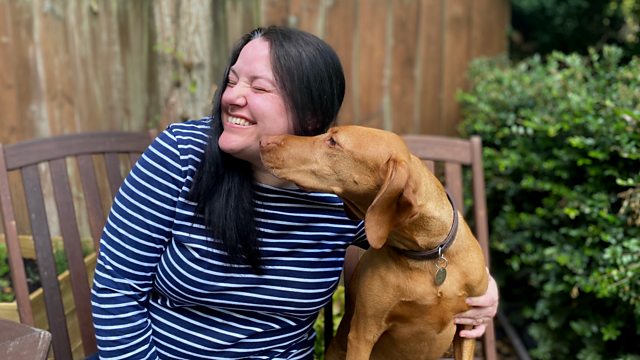 The Compass The Senses
Episode 2 of 5

Vision is a complex process involving light rays, special nerve cells and electrical signals sent to the brain, which processes the information and tells us what we’re seeing. But even tiny disruptions to any part of this system can result in remarkable visual problems.

Neurologist, Dr Guy Leschziner, meets 25-year-old filmmaker Oli, who’s only recently discovered something alarming: he’s missing half his vision in one eye - probably caused by a stroke he never knew he had.

We hear from Dawn, whose eyes are working properly and yet she’s almost completely blind. Her visual problems are caused by damage to a vital nerve connecting her eyeballs and her brain.

Susan describes how her epilepsy is causing visual distortions that mean she can see through a person as if they were transparent.

And we meet Nina who’s been robbed of her sight after two separate accidents. And yet, she sees colours and terrifying images of zombie faces. She discovers she has Charles Bonnet Syndrome – visual hallucinations caused by loss of sight

Through the extraordinary experiences of these individuals, we learn how vision is not like a video camera, a straightforward process of turning light into a picture.

Produced by Sally Abrahams for the BBC World Service.

Photo: Dawn with her dog in the garden.Credit: BBC