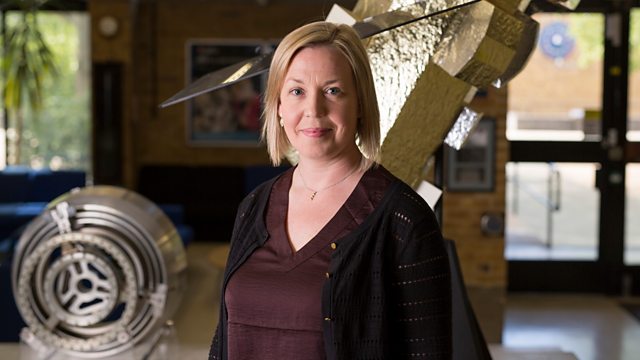 Emma Bunce, Professor of Planetary Plasma Physics at the University of Leicester, was inspired to study the solar system as a child by a TV programme that featured Voyager 2’s flyby of Neptune. She has spent the last 20 years focusing on the magnetic fields around the outer planets, in particular that of Jupiter. The Earth’s magnetic field interacts with the solar wind to create aurorae, the spectacular Northern lights. Emma’s discovered how aurorae are also produced at Jupiter's poles.

Emma Bunce talks to Jim al-Khalili about her fascination with the gas giants, why she has to be patient to check out her theories as missions to the planets are few and far between and how she'd love to work on a spacecraft to Neptune. And in the year when the Royal Astronomical Society marks its 200th anniversary, Emma explains why she's taken on the role of its President.