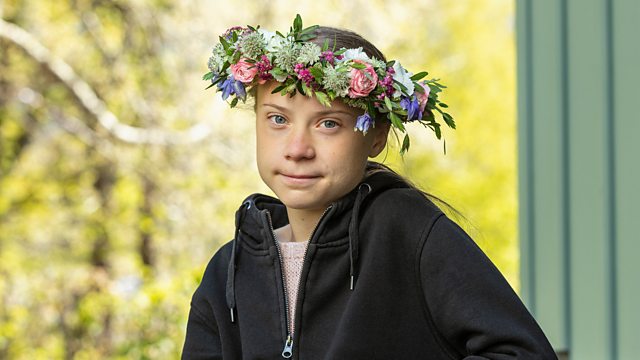 The 17-year-old campaigner Greta Thunberg tells the story of her whirlwind year, which took her across the Atlantic twice as she went to speak to the UN General Assembly. She describes seeing the grandeur and wastefulness of the US with her own eyes - and observing some of the feedback loops induced by global warming. And she expresses her frustration and despair at the lack of action by international leaders, especially of richer nations, to really tackle climate change. And she explains why she thinks the news media so often trivialise or misunderstand the issue.

This is an abridged version of the most popular radio programme in Sweden: Sommar (Summer). Over 90 minutes, famous individuals read an extended personal essay, accompanied by their choice of music. It’s said that being chosen to present Sommar is the Swedish equivalent of being knighted. One recent episode was listened to by around a third of the entire Swedish population. Greta Thunberg translated her original Swedish script into English for the programme.