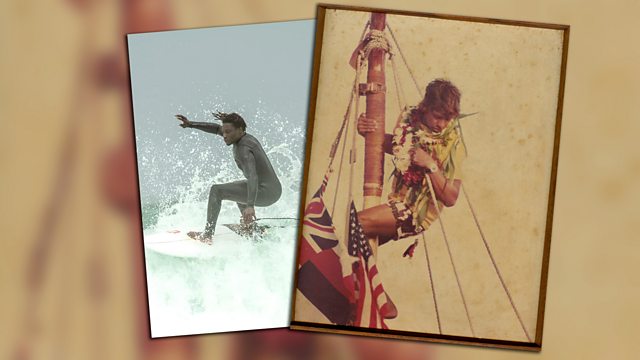 The sight of dozens of surfers circled together and floating beyond the breakwater will always mean one thing - that another surfer has died. A paddle-out is a way of honouring someone who’s had a love for the ocean. It’s a practice which has become entwined with surf’s cherished culture.

On the coast of Cornwall we meet a gathering of surfers who have come to pay homage to their friend Riccardo, who has recently died from cancer. We join them as they prepare to paddle out with flowers around their necks. They join hands in the water and share stories, memories and songs.

Big wave rider Clyde Aikau, brother to legendary surfer Eddie Aikau, describes the first ever paddle out in 1978, when his brother was lost at sea and drowned. After Eddie died, thousands of people gathered to paddle out from his favourite surf spot at Waimea Bay to celebrate him. It was a defining moment, and surfers around the world still paddle out to mark the anniversary of Eddie’s death each year.

In Cape Town, we also hear the voice of Mikhail Thompson, a surfer and mentor who has administered a number of paddle-out ceremonies during his lifetime. He describes the profoundly spiritual experience of surfing waves, and how losing someone from the close-knit surfer community leaves a void. And we hear him reflect on a special moment in the paddle-out ceremony, when the whole party erupts in hoots and cheers, splashing the water and throwing flowers into the air.

USA: A discussion about race