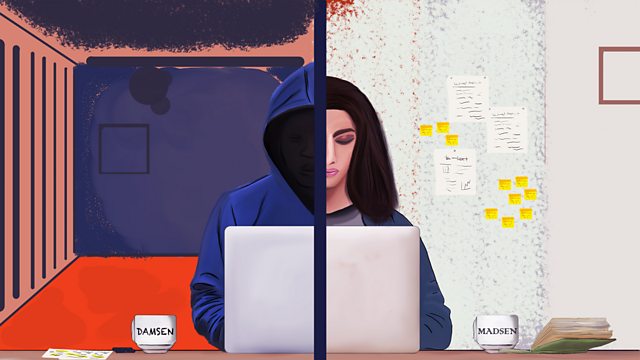 When a name very similar to journalist Michelle Madsen’s is used in a fake news hatchet job on a Senegalese politician, she tries to hunt down who was behind it.

When a name very similar to journalist Michelle Madsen’s was used as the cover for a fake news hatchet job on a Senegalese politician, she found herself entangled in a web of deception that she is seeking to unravel.

In the run up to Senegal’s hard-fought presidential election last year, a story surfaced accusing a candidate, Ousmane Sonko, of securing “financial assistance” from a European oil company in exchange for oil contracts. The article was attributed to a journalist called “Michelle Damsen”.

The controversial accusations made waves in Senegal, but no "Michelle Damsen" could be found. Michelle Madsen, a British journalist who investigates big companies and corruption in Africa, received a barrage of messages trying to verify the story instead. Despite Michelle denying any involvement, and a full retraction from the website which first published the story, the allegations levelled at Mr Sonko were reported widely, accompanied by additional documents and “proof” of bribes he denies taking.

Who wanted to smear Sonko? Who is behind “Michelle Damsen’s” byline? Could it have been one of Michelle’s contacts? Was this part of a wider disinformation campaign in Senegal’s election? Michelle travels to Senegal to find out.