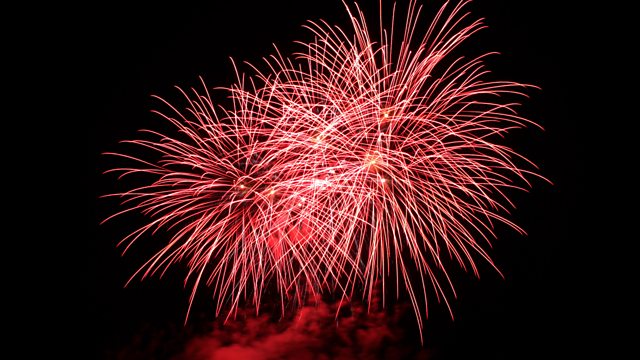 Discovery In Their Element

Science and art of aluminium and strontium

Andrea Sella, Professor of Inorganic Chemistry at University College London, celebrates the art and science of the chemical elements. Today he looks at aluminium and strontium, elements that give us visual treats.

At the time of Emperor Napoleon the Third in 19th century France aluminium was more valuable than gold and silver. The Emperor liked the metal so much he had his cutlery made out of it. But once a cheaper way was discovered to extract aluminium it began to be used for all kinds of objects, from aeroplanes to coffee pots. Andrea talks to Professor Mark Miodownik at the Institute of Making at UCL about why aluminium is such a useful material, from keeping crisps crisp to the tinsel on our Christmas trees. And he talks about the lightness of bicycles made from aluminium with Keith Noronha, of Reynolds Technology.

Strontium is the 15th most common element in the earth yet we really only come into contact with it in fireworks. It gives us the deep red colour we admire in a pyrotechnics display. Andrea meets Mike Sansom of Brighton Fireworks who explains how a firework is constructed and reveals the chemical mix that creates the bright red flashes.

Professor Thomas Klapötke of the Ludwig-Maximilians University in Munich talks about his search for a substitute for strontium in fireworks and about how the element can get into our bones. Rupert Cole at the Science Museum in London shows Andrea how Humphry Davy was the first to extract strontium from rocks found in Scotland.

And Janet Montgomery, Professor of Archaeology at Durham University, explains how strontium traces have revealed that our Neolithic ancestors moved around much more than was previously thought. Nearly half the people buried around Stonehenge in Southern England were born in places with different rocks from those under Salisbury Plain in Southern England.

Gold and silver—In Their Element