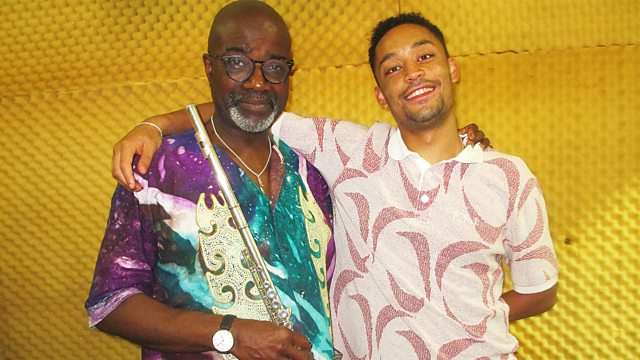 The Documentary The Sound Odyssey
Episode 1 of 2

The Sound Odyssey, presented by Gemma Cairney, creates joyful and rich cross-cultural projects by bringing together artists from two different countries and combining their talents to make a new, unique piece of music. The musicians are tasked with the challenge of recording a track together in just a couple of days.

For this episode, UK rapper Loyle Carner travels to Georgetown, Guyana, to explore his Guyanese roots for a musical collaboration with flautist and composer Keith Waithe, a leading figurehead and champion of Guyanese music and culture.

Loyle, aka Benjamin Coyle-Larner, earned a Mercury Prize nomination for his debut album, Yesterday’s Gone, in 2017. His second album, Not Waving, But Drowning, was released in 2019. His other passion is food, and he has launched the Chilli Con Carner cookery school, teaching children aged 14-16 how to cook.

He was raised in South London by his Scottish mother and stepfather. His biological father is of Guyanese descent, but he has never visited the country.

Loyle will be immersed in the culture, food and music of Georgetown, working with Keith and other traditional Guyanese musicians to learn about the roots of Guyanese music and explore his black identity, and create a brand new track together.