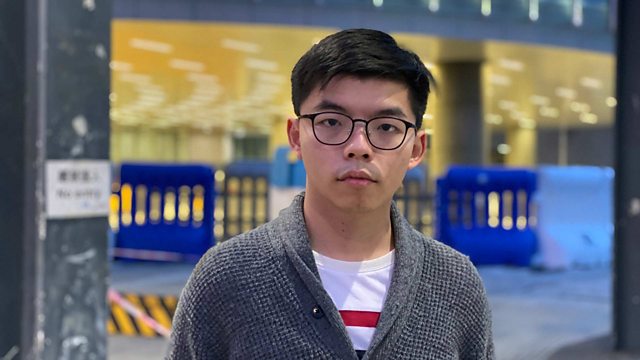 Joshua Wong: Standing up to a superpower

Heart and Soul The Right Thing
Episode 2 of 2

Joshua Wong on what he sees as the right thing in his fight against Beijing’s influence in Hong Kong, despite the personal hardship involved.

Joshua Wong has been the poster boy of the Hong Kong democracy movement for over five years, despite being only 23 years old. An evangelical Christian, he continues to do what he sees as the right thing in his fight against Beijing’s influence, despite the personal hardship involved. Mike Wooldridge hears from Joshua, and about concerns in the Hong Kong church around the actions of some of his followers.