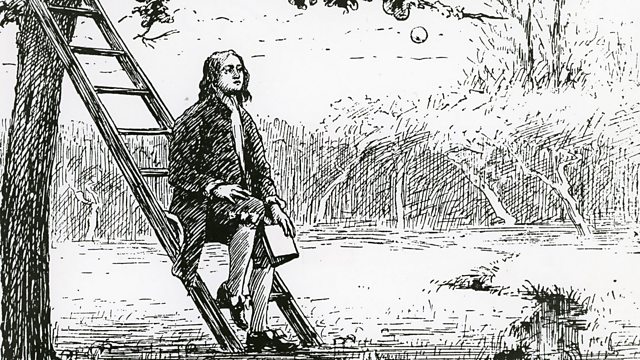 Isaac Newton and the story of the apple

Did Isaac Newton really come up with the theory of gravity after seeing an apple fall from a tree in his mother's garden? Philip Ball explores this famous story of a eureka moment

The story of how Newton came up with his gravitational theory is one of the most familiar in the history of science. He was sitting in the orchard at Woolsthorpe, thinking deep thoughts, when an apple fell from a tree. And all at once, Newton realised that the force of gravity pulling the apple down to the ground must be the same as the force that holds the moon in orbit around the earth. But was that really how he came up with his great idea? These days, historians of science don’t fall for cosy eureka stories like this. Rather they say that new understanding comes slowly, through hard graft, false trails, and failed ideas.

Philip Ball tells the story of the life and ideas of Isaac Newton, who was born on Christmas Day in 1642. Philip discusses with historian of science Anna Marie Roos of the University of Lincoln, just 30 miles north of Woolsthorpe, how Newton developed his theory of gravity . And he talks to Tom McLeish of the University of York, the author of a book about creativity in science and art, about his observation that many scientists today do think they have had eureka moments.