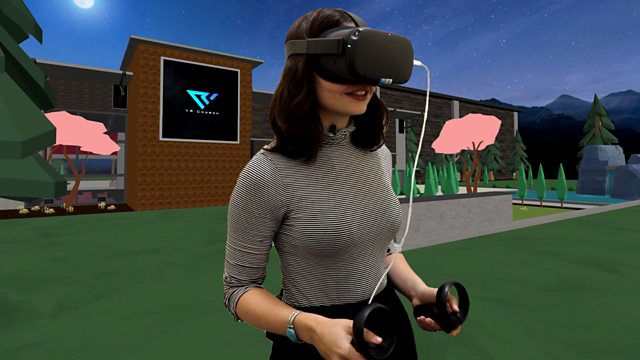 Take me to VR church

Sophia Smith-Galer attends a church service in America from a flat in London, and hears how virtual reality technology is preserving the memories of Holocaust survivors

Worshippers are gathering for a church service led by Pastor D.J Soto in Virginia in the USA. Many of them are at home or even in other countries. For DJ, this church is important for worshippers unable to attend a physical church, such as the disabled, the ostracised and the persecuted.

VR technology is also teaching future generations about religious tolerance. Every year Jews and Holocaust survivors from across the world make a pilgrimage to Auschwitz in Poland. Alongside them is Karen Jungblut, director of research and documentation, from the Shoah Foundation, based at the University of Southern California, its mission to preserve the first-person accounts of 50,000 Holocaust survivors and other witnesses began with videotape. Now it's using 360 filming to capture the testimony of survivors in the landscape where it happened.

Worship is often about the icons of your faith – and in Leicester in the UK we meet Sikh students as they encounter some of their religion’s most important artefacts for the first time – thanks to a VR headset, as a way of engaging young Sikhs and teaching non-Sikhs about the religion.

But can immersing yourself get too, well, real? Hussein Kesvani, a Shi’a Muslim journalist who writes about the online experience of British Muslims, joins us to experience a virtual reality app that allows the user to relive the battle of Karbala, an instrumental moment in the Muslim faith. Is this visualisation a step too far?

Finding and losing my faith online—Religion in the Digital Age

The discussion—Religion in the Digital Age