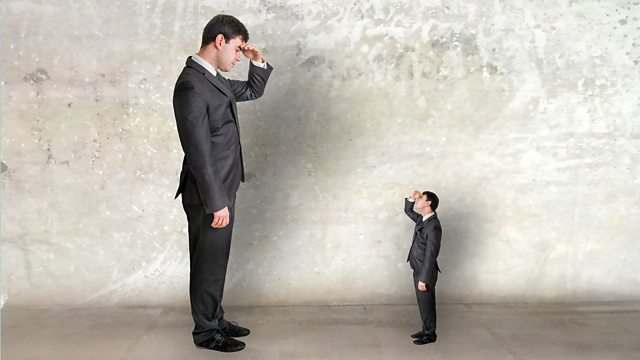 Is height all in the mind?

Professor Cregan-Reid explores why we have all grown so fast recently. For four millennia we barely grew an extra inch but in the 20th Century pretty much every nation in the world shot up by between three and six inches.

But it is not a uniform story; the Dutch have carried on growing and today their men and women tower over the world but in the US and the UK, height plateaued decades ago. And is being tall good for you? Yes, it seems, if you are a politician or industrialist; less so if you hanker after a career in entertainment.

The orthodox thinking says nutrition is the key but Professor Cregan-Reid hears about new thinking which claims height is determined by how optimistic society feels about the future- is it really all in the mind?

(Photo: A tall and small businessman look at each other. Credit: Getty Images)

What is the secret to a longer life?—Changing World, Changing Bodies