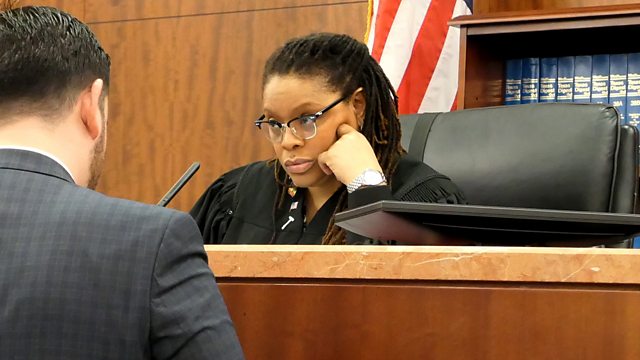 Houston, we have a new criminal justice system

One year ago, voters in Houston, Texas, elected a slate of liberal Democrats to their local courthouse. These new judges promised to remake justice in America’s fourth-largest city, together with the liberal District Attorney, herself elected just two years earlier. Marshall Project criminal justice reporter Keri Blakinger, who lives and works in Houston, asks how far they have been able to make good on their promises of reform, and whether that has been a good thing.

Criminal justice reform has been a rare point of bipartisan agreement across the United States, but away from the cameras how do tricky questions play out in practice? Whether it’s bail reform, defence for suspects with no money to pay for a lawyer, or whether to prosecute low-level drug crime – can reforms stick, and who do they help?

Keri has been covering these stories for several years and takes us inside the Harris County courtrooms, where we meet some of the new judges; to the DA’s office; the headquarters of the local police union; and the public defenders’ chambers.