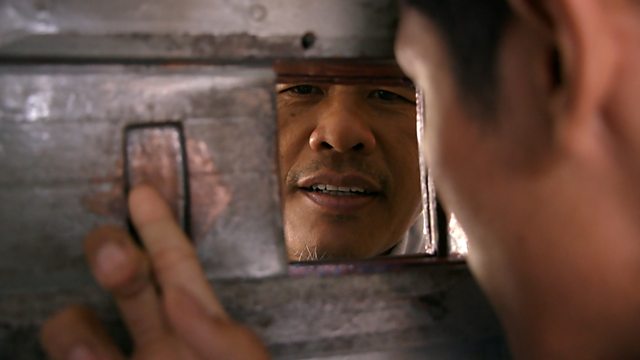 Rebecca Henschke meets Ali Fauzi, a former bomb-maker who is trying to stop new recruits from joining the next wave of terror groups in South East Asia.

“I am an expert bomb maker. I can make bombs in just five minutes; it’s easier than making a kite.”

For Heart and Soul, Rebecca Henschke meets a bomber turned peacemaker as part of the Crossing Divides series on the BBC World Service.

Ali Fauzi was a chief bomb-maker for Jemaah Islamiyah, a terror group with links to Al-Qaeda, responsible for Indonesia’s worst terrorist attack – the Bali bombing in 2002. His brothers carried out the bombing. Two of the brothers were executed, while another is behind bars for life.

Ali insists he was not involved in the Bali bombing, but spent three years in prison for terror-related offences. That was when his life took on a dramatically new direction.

He is now on a mission to help former jihadis leave a life of violence, and to stop new recruits from joining the next wave of terror groups in South East Asia.

Produced and presented by Rebecca Henschke

Meeting the bombers who killed my mum—Crossing Divides