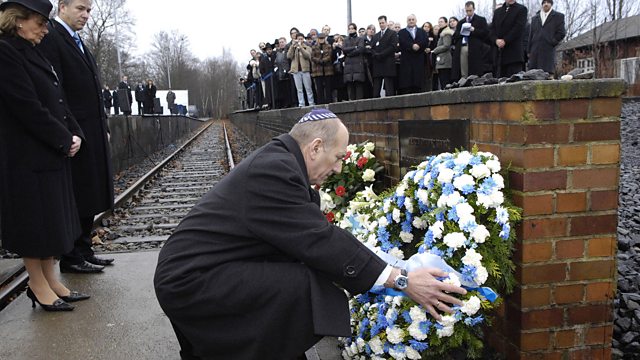 How has Germany tried to come to terms with the legacy of its Nazi past?

This year, 2020, sees the 75th anniversary of the end of World War Two. Its legacy remains. Nowhere more so than in Germany, where the rise of Nazism led to the war, and terrible crimes against humanity. Chris Bowlby explores how post-war Germans have faced this inheritance and discovers how a search for justice in relation to Nazi crimes has continued, despite heavy pressure to stop. Alongside that, a powerful culture of remembrance has emerged, as each new generation makes its reckoning with the past.

We meet the little-known small team of Nazi crime investigators, working discreetly behind walled premises in Ludwigsburg in Southern Germany. They used to carry guns for self-protection, such was hostility to their work. Through their research they have identified more than 28,000 Nazi crime scenes. But soon those who lived through the Nazi period will all be dead. What difference will it make when there are no more victims alive to tell their stories, no more prosecutions or trials? Will this history still be remembered and understood? And we hear from a new, young and diverse generation of Germans what they think about their country’s Nazi past.

(Photo: Israeli PM Ehud Olmert (R) lays down a wreath during a ceremony at Grunewald railway station. Some 50, 000 Jews were deported from the station between 1941-45. Credit: Thorsten Leukert/Getty Images)