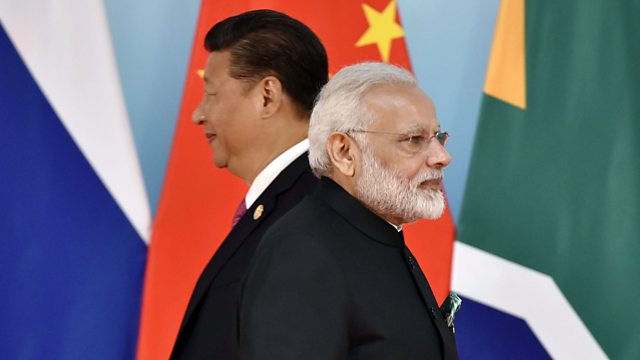 The Compass Chinese Dreams
Episode 5 of 5

Many Indians love Chinese goods, but China is not as keen on what India makes. With a trade deficit between the countries at historic levels, where is the relationship heading?

India and China have a complex and troubled modern history – including a fully-fledged war in 1962. Today Indian consumers seem to love all things Chinese, from the cheap plastic toys to smartphones and apps like Tik Tok. Some Indians think this success is a result of unfair trade. They think that Chinese imports are taking advantage of the relatively open Indian economy, while Indian companies are prevented from getting a foothold in China. This creates a huge trade imbalance between the two Asian giants. These flames are fanned by Indian perceptions of Chinese support for both Pakistan and Kashmiri ‘separatists’. An affiliate of the governing BJP party has called on consumers to boycott Chinese goods. And India has refused to sign a regional economic trade agreement to prevent China using it as a backdoor to the Indian market. Shabnam Grewal, a British BBC journalist of Indian descent, investigates the complex feelings that Indians have towards their increasingly rich and powerful neighbour – a combination of admiration, envy and even anger.